Micks From The Sticks: The United States vs. Mike Lacey and Jim Larkin

June 26, 2019
The new Wired arrived in my office yesterday and there is a cover story about an infamous website two of my friends created right here in Phoenix, Arizona. 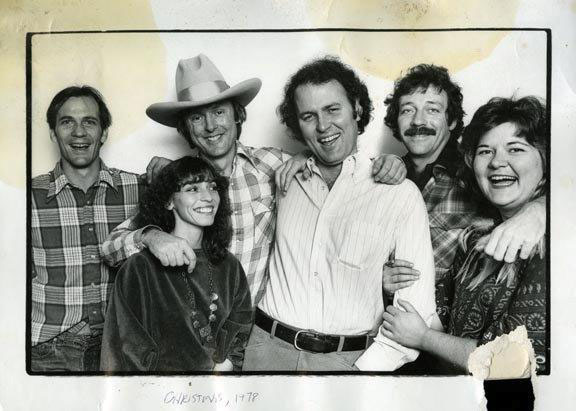 The two guys on the right, Jim Larkin (in white shirt) and Mike Lacey are currently wearing ankle bracelets as they await a trial date for prostitution and pandering charges for their cash cow The Backpage, which was shut down by the Feds a year ago.

I met Jim and Mike back in the day (1973) when they called Dan The Man Harshberger and myself to work on an Arizona Republic parody they wanted to joint-produce with the Razz. 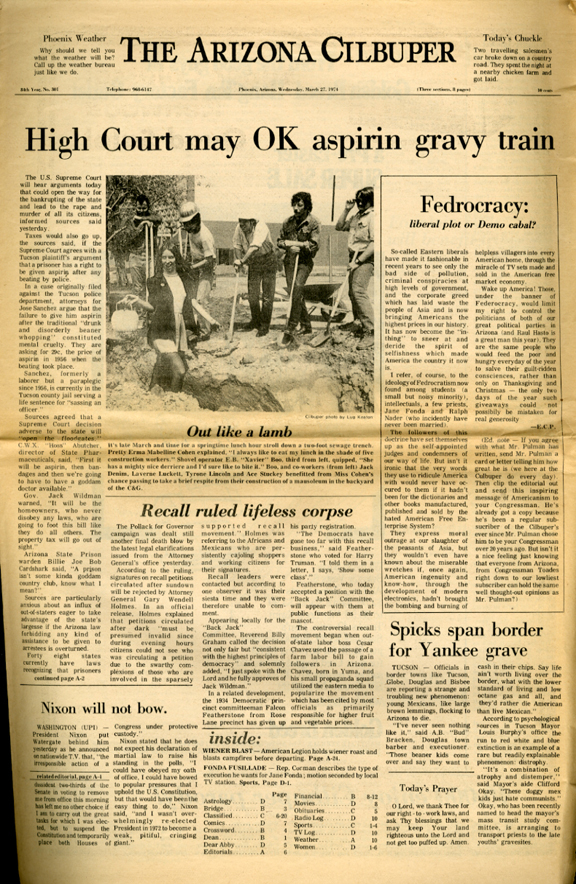 We were all left-leaning hippies, and we were righteously skewering the Republic's notoriously right-wing editorial staff and product. Interesting that some of the stories featured are still current (trade Nixon for Trump and it could be published this morning). By the way, that's Lacey in the photo of the ditch diggers diggin' the "chick," second from right.

In the Wired cover story, Mike and Jim are referred to as "Two aging antiauthoritarians." Ouch.

Jim and Mike are also referred to as "Two Micks From the Sticks," who basically cornered the market on alt weeklies including the Village Voice. The resulting company, at one point was valued at $100 million, but through market fluctuations (the decline of print) they ended up selling the company to their employees for a reported $30 million. You'd think they would have enough to retire handsomely on that but they couldn't resist keeping the Backpage money machine and were essentially minting money when Craig's List dropped out of the escort and sex for hire aspect of the biz. At one point Backpage was valued at a whopping $600 million before they started to get the unwanted attention of the Feds.

The focus of the article is that this is a First Amendment issue and if they go down, all of Silicone Valley will be vulnerable to a similar fate.

I have to personally give props to Mike who made a concerted effort to locate all the people who ever worked on his alt news weeklies and give them a bonus check. Since they had papers all over the country and the writers and production people had scattered to the four winds this was not an easy task. He, of course, easily found me, and sent me a check for $5,000 which in my mind was a class thing to do. Of course some of my high-minded (some would say moral) friends did not accept the money and that would include Jana Bommersbach, the woman at top, right, in the first photo, who is also predicting the two will receive long prison terms.

I'd run a photo of them today, but frankly I'd rather remember them as the young turks they were back in 1978 when we knew everybody and everything.

"We are born ignorant, but one must work hard to remain stupid."
—Benjamin Franklin