December 8, 2019
Nice rainy day at home. Reworked a couple border scenes, like this one: 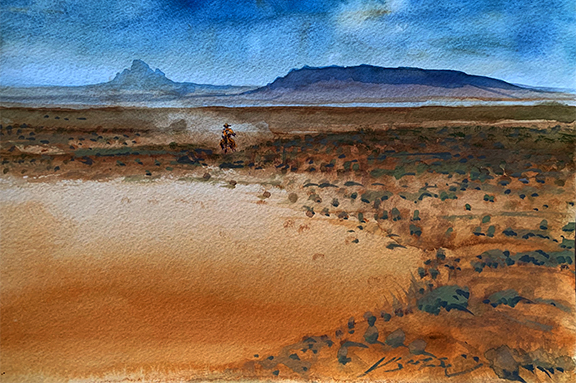 
We drove in the rain, for an hour, down to Tempe last night to see the live version of the John Leguizamo show, "Latin History for Morons."

Even though we paid $300 for tickets, apparently I am one of the morons. I was reminded of the old adage that if someone riled up is in for a long talk, you're in for a long listen. 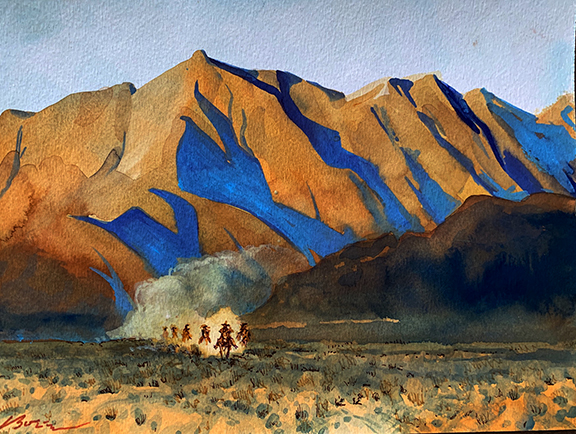 "Those Rurales Came Out of A Side Canyon
On The Jump"

Here's the deal: I have a problem with identity politics and revenge narratives, both of which Mr. Leguizamo leans on—heavily—in his humorous but strident, taken on revisionist Latin history. I was ready to laugh at our foibles, but it was more hectoring than standup, occasionally hilarious, but mostly bitter comeuppance. That gets old real fast. Towards the end of the two-hour show he asked a rhetorical question and in the pause, a woman behind us yelled out "Treason!" and two others yelled out "Bullshit!" I took that to mean not everyone in Grady Gammage was buying his repackaging of American history. 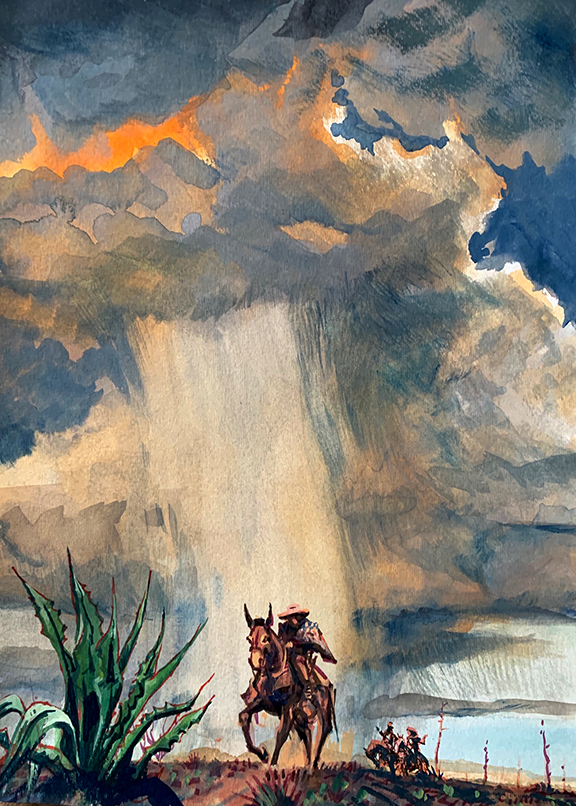 "Sometimes A Gully Washer
Has Your Name On It"

Still, I'm glad I went and I admire his passion, just not some of his wounded assertions. The biggest falsehood, to me, which Leguizamo adamantly claims, is the notion that everyone was happy in the Americas before the arrival of Columbus. Now to me, that is moronic. Good luck telling that to the Comanches and the Apaches. 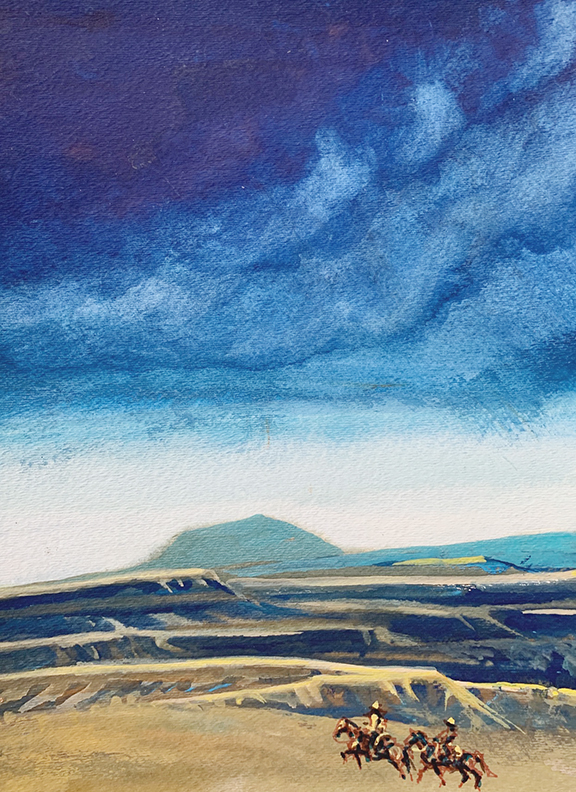 So I have been trying to read "News of The World" by Paulette Jiles for some time now and I've had a tough time getting past the premise: "These small towns in North Texas were always hungry for news and a presenter to read it. It was so much more entertaining than sitting at home read the papers, having only yourself, or your spouse to whom you could make noises of outrage or astonishment. Then, of course, there were those who could not read at all, or only haltingly."

This strikes me as totally absurd as a premise for a book, but Tom Hanks is set to star as the news reader in a movie that is filming even as you read this. I have never read or come across any historical evidence about the need for this service out on the American frontier—the story takes place after the Civil War—or more absurdly, that people would pay money to hear some guy read "the news of the world" in a frontier town. However, if we are talking about a metaphor about the evening news, or CNN or Fox, well, perhaps If I look at this way, it has some currency.

Anyway, I was trudging along, trying to get interested and then I came to this little set piece, where our hero, Captain Kidd (groan) is taking a 10-year-old girl back to her relatives after she has been living with Kiowa In-dins, who killed her parents, etc. While the Captain is reading to a rapt audience, the guy who he paid to watch the Kiowa captive, comes in to report her missing. They run, in the rain, following her bare feet to the Red River where the girl is standing at the river's edge yelling at a group of Kiowa on the other side and imploring them to come save her. They can't hear her, or perhaps don't believe her (she's dressed like a white girl) and then we get this:

"One of the warriors on the far side unsheathed a long weapon and lifted it. A lengthy barrel shone blue-white in a lightning flash. He aimed and fired. A muzzle flash as long as a chimney brush and then the heavy bullet struck the stone near them and sent piece of red sandstone flying."

The girl does not move but calls out again for them to save her. So the Sharps wielding Kiowa fires again: "Another giant five-hundred-and-twenty-grain bullet tore through the air overhead. Even above the noise of the rain they heard the nyow-ow-ow sound and it hit a bur oak and tore off a limb big as a drainpipe."

As I mentioned, this is an unlikely tale, well told. So, now I'm all in. It's kind of a cross between "True Grit" and "Empire of The Summer Moon." Not a bad hybrid.

"One useless man is a shame, two is a law firm, and three is a congress."
—John Adams
Posted by Bob Boze Bell at 4:16 PM