December 13, 2019
I have to confess that as much as I loved True West magazine growing up, I never really thought the cartoons were all that funny. Today, looking back at our vast archives, which we now have online, quite a few of them are even less than funny. And a few are deep in the Cringe Worthy Zone. 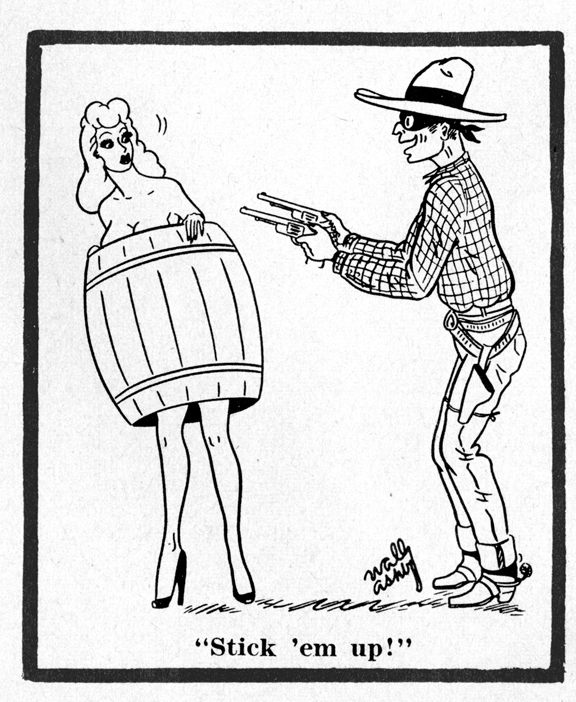 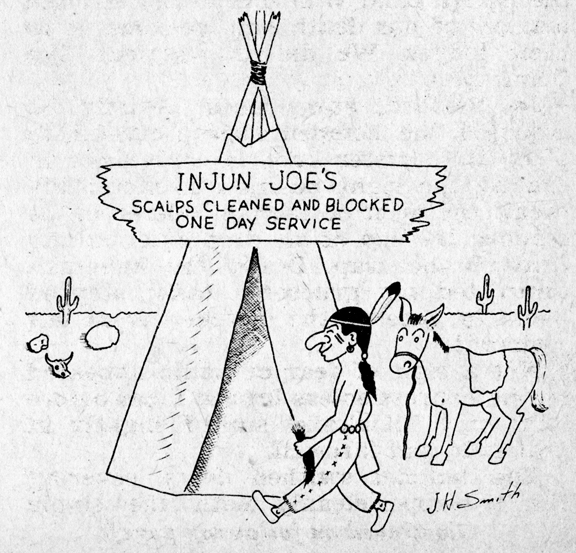 A few are prescient. Check it out: 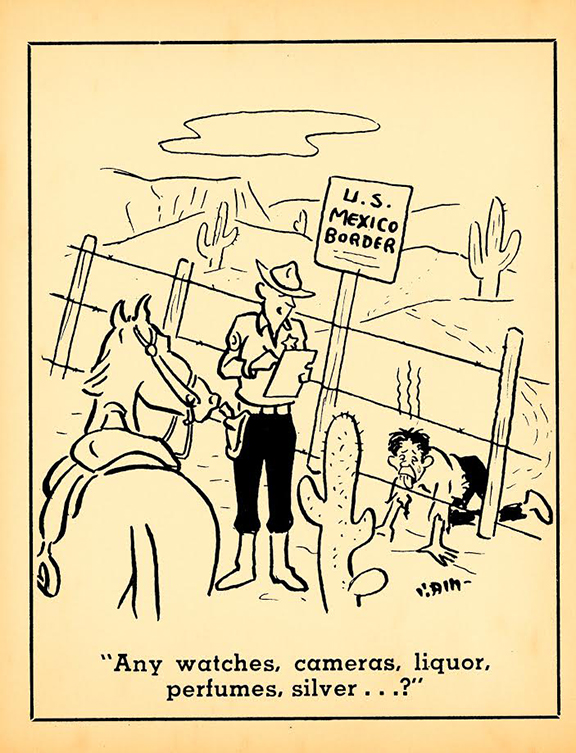 
And one or two hit close to home: 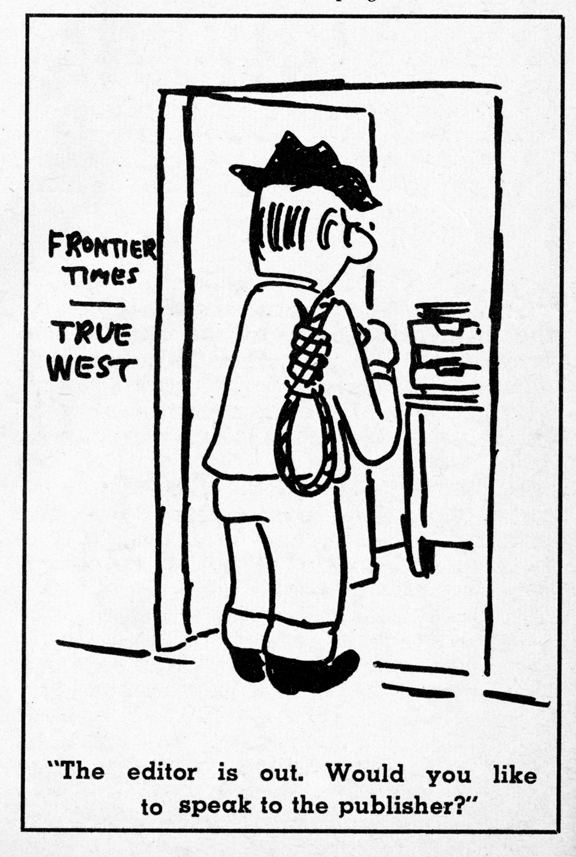 Some are just plain dumb: 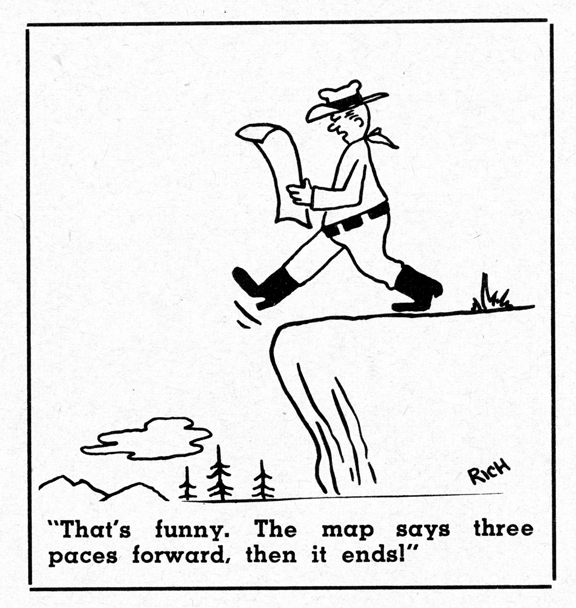 Now back to the cringers: 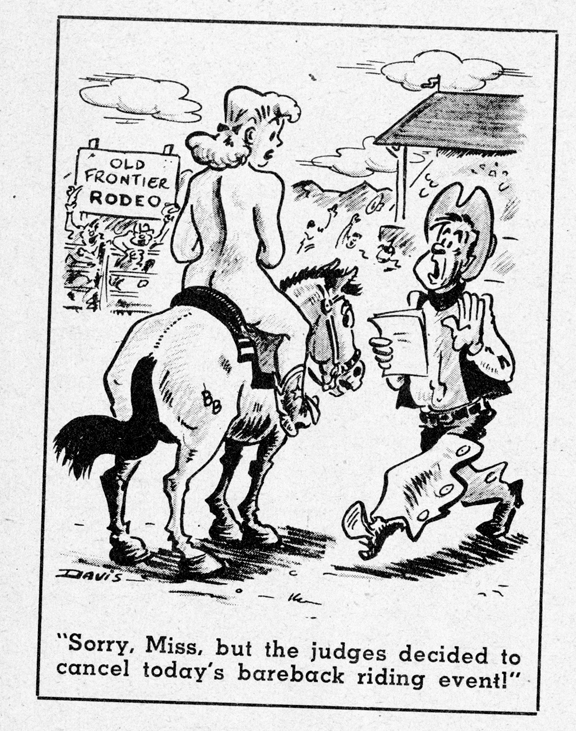 And then, there are a few that need new punchlines, like this one: 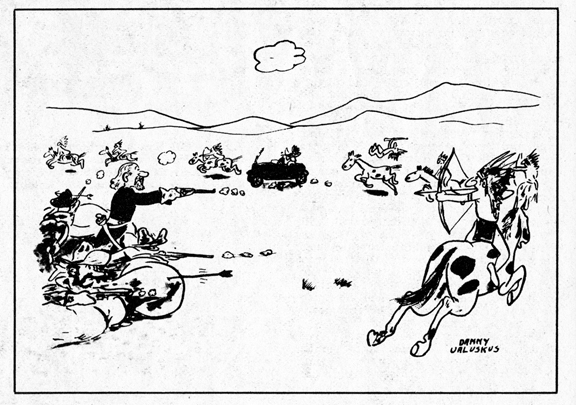 "Is that the new Mustang?"

And a few just seem perverse by today's standards: 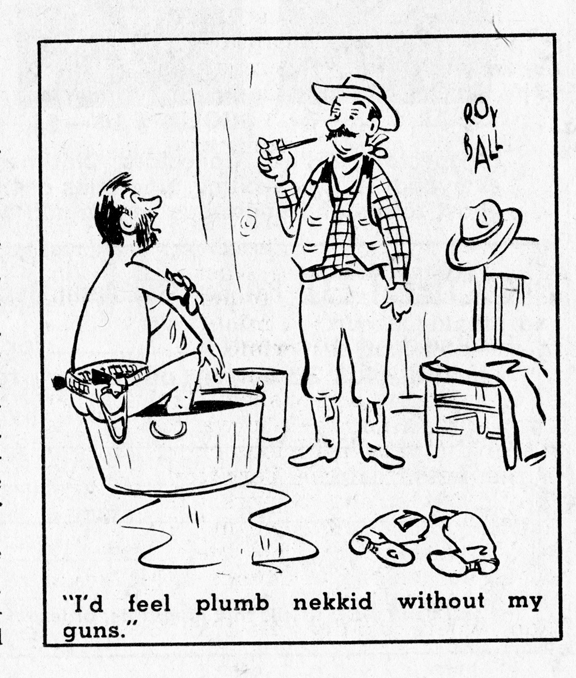 "Hey, Dude, are you staring at my middle pistol?"

And here's another one that needs a caption: 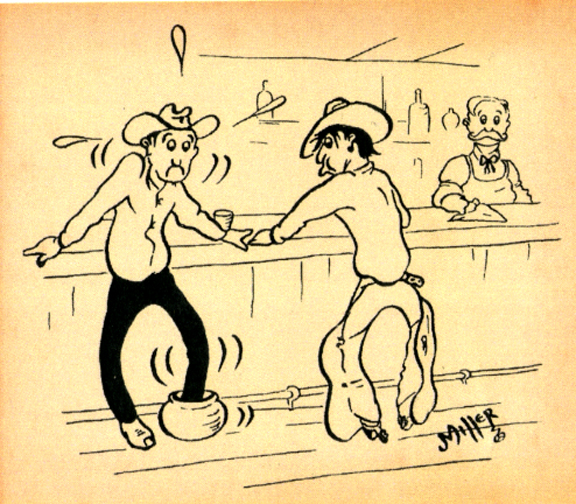 If you have a caption for these, I'd sure like to see 'em. Email your best cartoon captions to me at:

One or two just might make it into the magazine!