The Ridge Fighters And The Shattered Stock

December 23, 2019
Getting some traction on a couple scenes for the Reno Hill fight. This will be a Classic Gunfight appearing in the Feb-March issue of True West magazine. 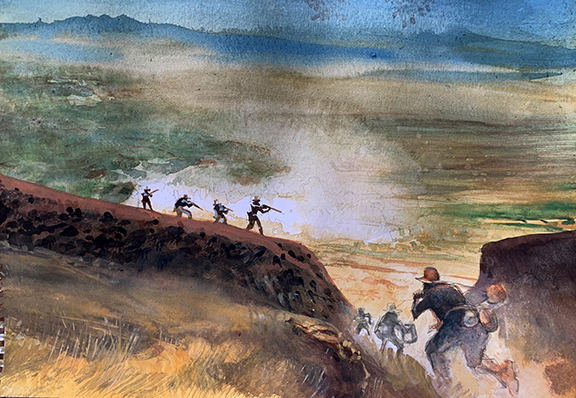 Daily Whip Out: "The Ridge Fighters"

"It just happened that the four of us who were posted on the hill were all German boys: Geiger, Meckling, Voit and myself. None of us four were wounded, although we stood exposed on that ridge for more than twenty minutes, and they threw plenty of lead at us. Several of the water party, however, were badly wounded. . ."
—Charlie Windolph, remembering the ridge fight on June 26, 1876

Here's another incident in the fight I was itching to illustrate:

". . .another bullet from the hilltop tore into the hickory butt of my rifle, splitting it squarely in two. I was plenty mad because my army carbine wouldn't let me return the compliment." 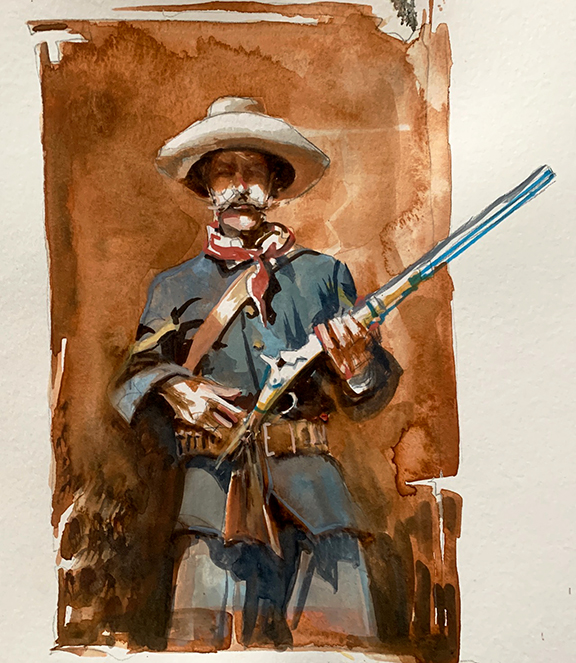 Daily Whip Out: "The Shattered Stock"

The 13th Horse
Gong back to the Civil War, Custer had a dozen horses shot out from under him in combat. Not long after the Reno Hill fight we get this:

"Suddenly we caught glimpses of white objects lying along a ridge that led northward. We pulled up our horses. This was the battlefield. Here Custer's luck had run out."
—Charlie Windolph