Vaquero Busts Loose, Geronimo's Smirk And A Line In The Sand

December 5, 2019
Went home for lunch and finished a vaquero piece I have been noodling for a week or so. 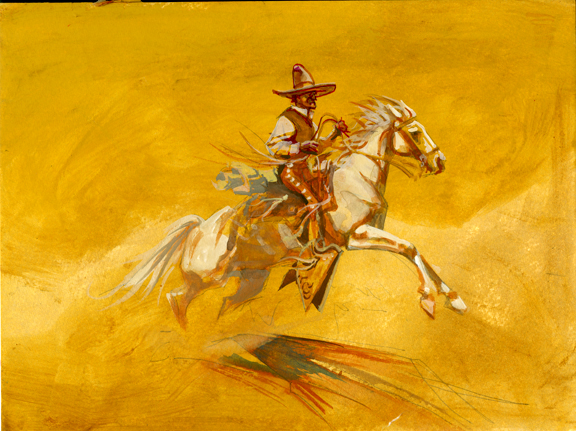 
My Uncle Glenn Marvin (my father's little brother) asked me to do a "quick sketch" of he and his pretty wife, Claudia, for their Christmas card. I really didn't want to do it, but, well, I knew what my dad would want, so against my better judgement I gave it a go. 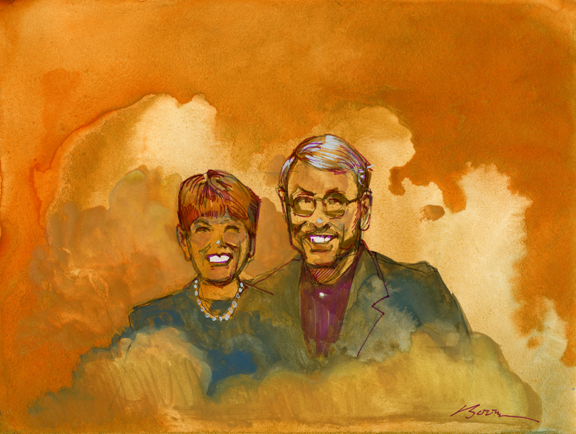 "Two of My Favorite Norwegians
In The Clouds"

On another front, I couldn't leave yesterday's Whip Out alone and this morning I just had to put another layer of detail on the foreground, like this: 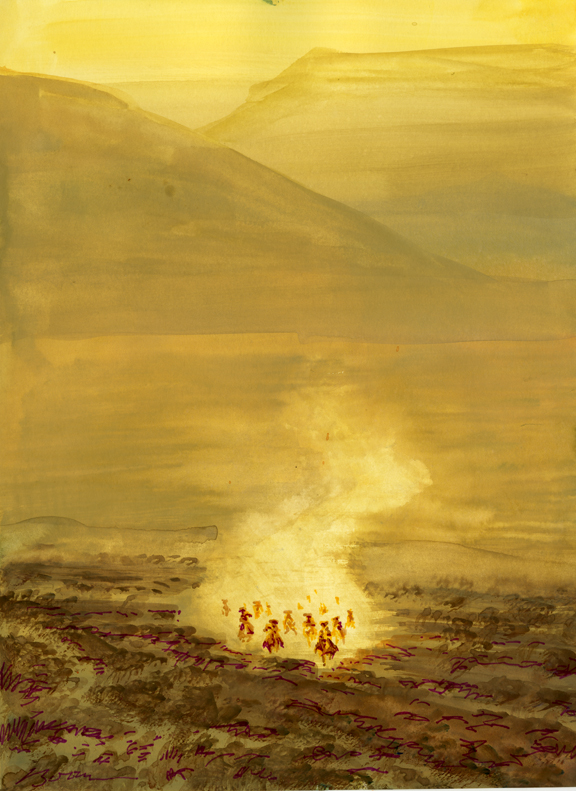 
When I gave my talk on Geronimo last Tuesday to the WWII vets, I got this question: "Did any of Geronimo's children survive and where are they today?"

Back in the early nineties, when I first started the Geronimo project, I drove over to the Mescalero Apache Reservation near Ruidoso, New Mexico and met Harlan Geronimo who claims to be a great grandson. My quest was to see how he smiled, because I had a hunch it would perhaps be like his great grandfather's grin, and I wasn't disappointed: 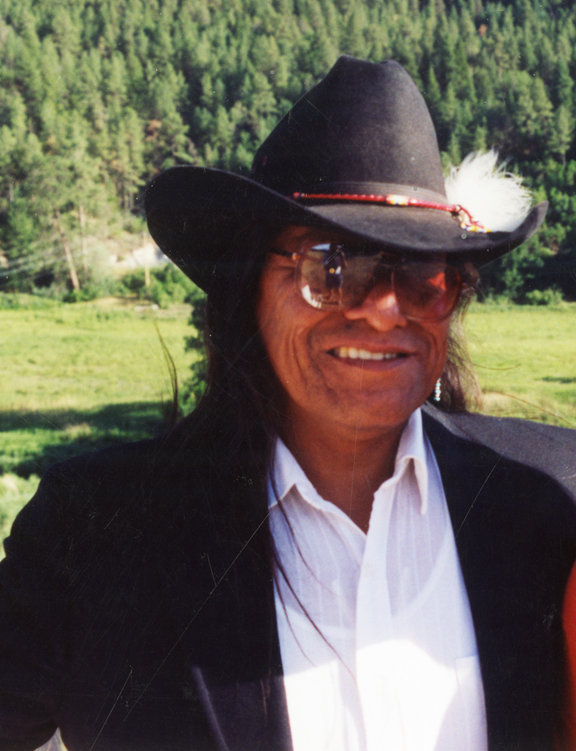 If you look at photos of Geronimo you can see that he probably had a similar grin when he laughed. At least that's how I played it on paper. 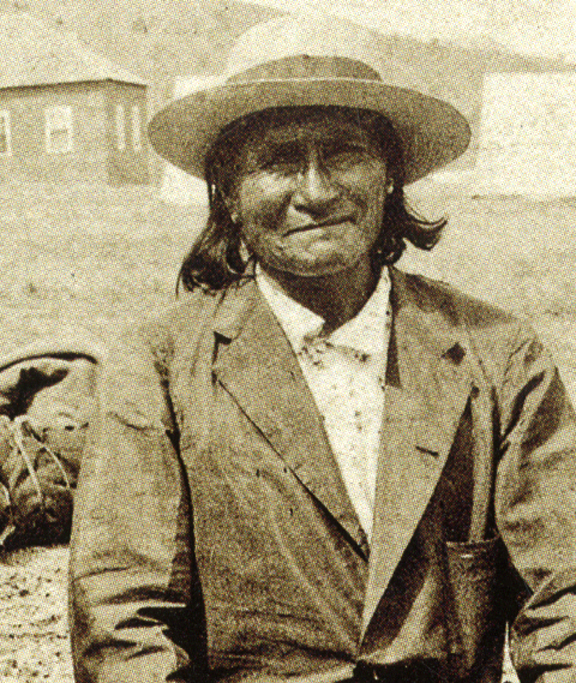 
And speaking of lines on paper, I am concerned about declining skills which is inevitable with age.