Geronimo Retweaks And A Dust Up to Remember

December 3, 2019
On the homestretch for choosing the final paintings for the art show at The Scottsdale Museum of The West in January. We've got about 25 picked and ready for framing (two are already framed) and so it comes down to the last five or six. This is one of them: 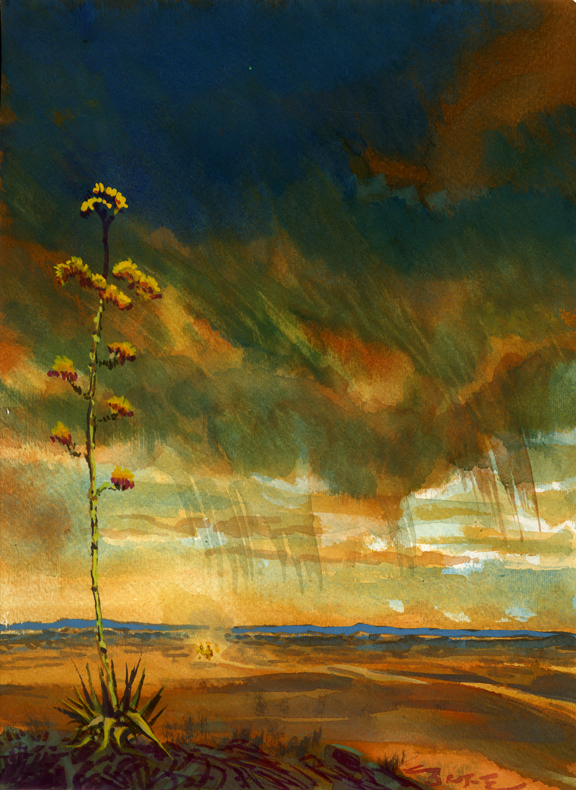 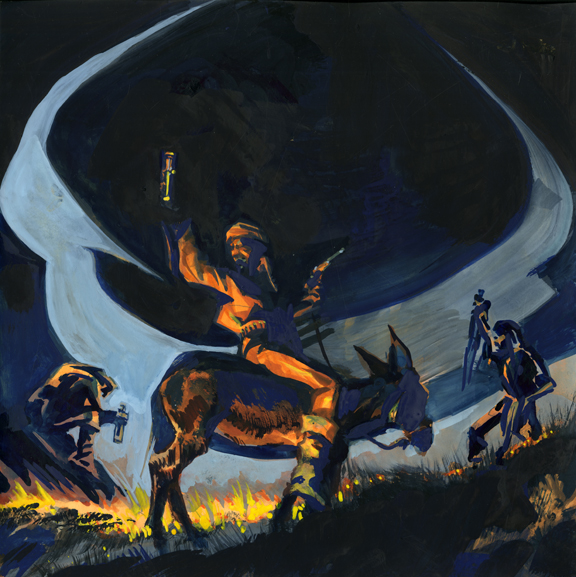 Last week I asked some of my friends to weigh in on these and Lynda Sanchez mentioned that her husband James didn't like "Apaches In The Mist" because they looked like ISIS fighters rather than Apaches. 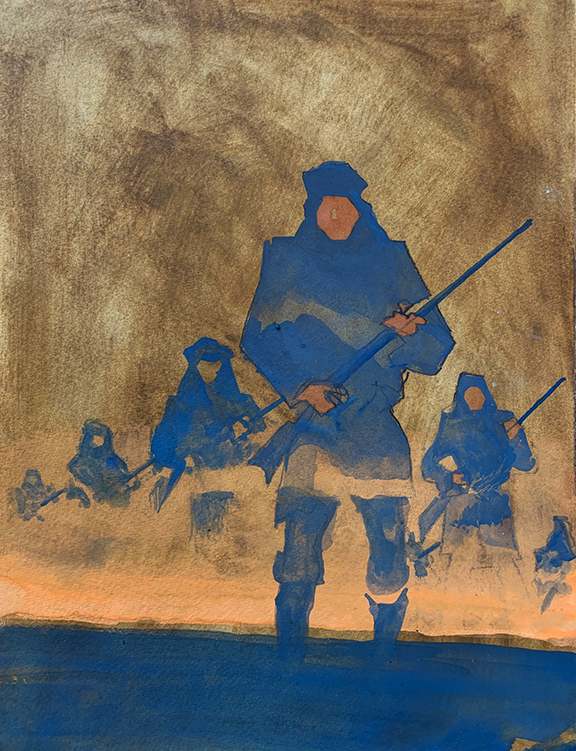 Daily Whip Out:
"Apaches In The Mist"
Original


Ha. He has a point. So I went home for lunch and took another swing at the painting: 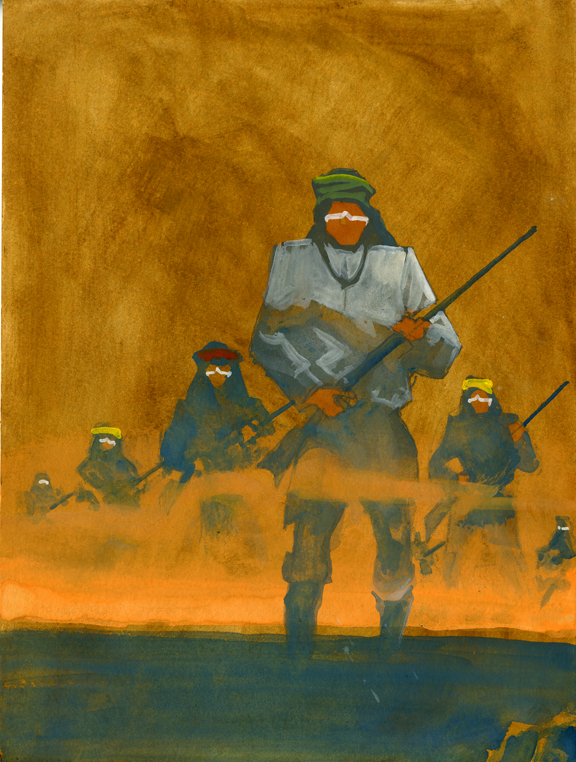 Daily Retweak Whip Out:
"Apaches In The Mist"

When I sent Lynda this version, she said, "Yes, it is much better.  The paint over the nose and the other tweaks make it easier to look at. should it be 'mist' or dust?  Dust is brown, mist is grey."
—Lynda Sanchez, Lincoln, New Mexico

A Dust Up to Remember
Speaking of dust and New Mexico, here is an old piece I did to illustrate what happens when drunk Republicans meet drunk Democrats on the town plaza in Mesilla, New Mexico. 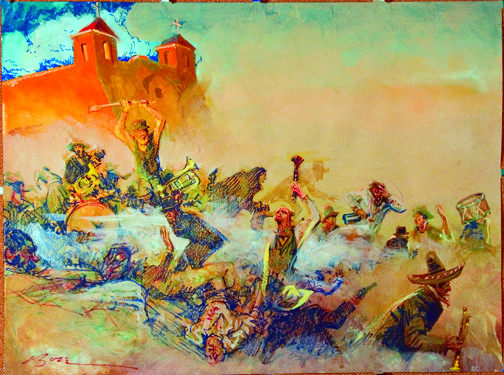 This is based on an actual event in 1871 when local New Mexican Republicans and Democrats took turns marching around the plaza in Mesilla with banners, slogans and dueling brass bands. This was during election season and as they drank more, they got louder and ruder, with both sides making threats. Finally, a Republican activist was beaned with an axe handle and the ball opened with both sides producing guns. Some 500 shots were fired and various reports place the dead as high as 15 and the wounded upwards of 50. The numbers are vague because neither side would admit to higher numbers for fear they would look weak.