Were the majority of In-din fighters at the Little Bighorn dressed in "civilian's attire"?

December 17, 2019
Here's a stunner: we have this idea of the Sioux and their allies at the Little Bighorn Battle all dressed out in their distinctive, native regalia, but was that really the case? Let's ask someone who has been studying this fight for a very long time:


"Peoples perceptions today of how Indians dressed & what their camps looked like are largely based on Hollywood imagery. We just cant seem to shake it. If one reads GAC's (George Armstrong Custer's) official reports of his fights with the hostiles on the Yellowstone in August 1873, with temperatures around 100 degrees, he complained very bitterly to the War Department that the enemy were largely dressed in 'citizen's attire' courtesy of the Indian Department & it lead to confusion on the part of the troops, they occasionally couldn't tell friend from foe. 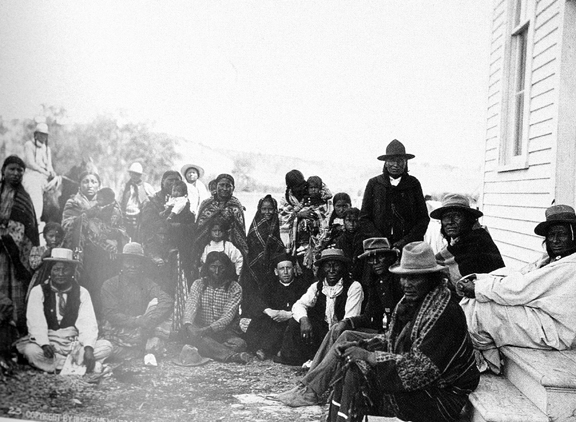 "Why would the situation be any different in 1876? Over three years did they decide to go back to more traditional dress?
"I doubt it.
"The NW Mounted Police made the same observations about dress, etc., as GAC when the Sioux crossed the border in 1877. The Mounties also counted the lodges, horses, mules & wagons (Yes. Wagons) in the Sioux camps."
—George Kush 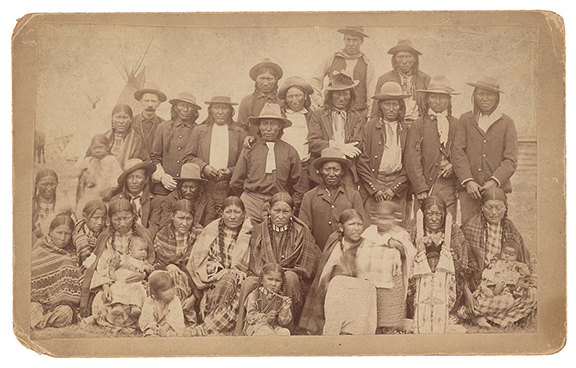 This totally changes our perception of the fight. Imagine seeing men clad, as above, jumping up out of the tundra, at the very least it would be confusing, because they were dressed in very similar clothing to the troops. If you were even fifty yards away and saw someone scooting through the brush you might mistake them for the enemy. Evidently this happened in an earlier fight where two "civilians" along on a march were mistaken for hostiles and shot.

The other aspect of the fight which is critical to understanding what happened is how far the U.S. troops had ridden in the previous two days: 75 miles! This is really, really pushing it, both for the troops and their tired horses.