January 1, 2020
It's a new day and I'm ready for a new way. Meanwhile, continuing from yesterday, here is even more purging of random notes and ideas from my five-and-one-half sketchbooks from 2019: 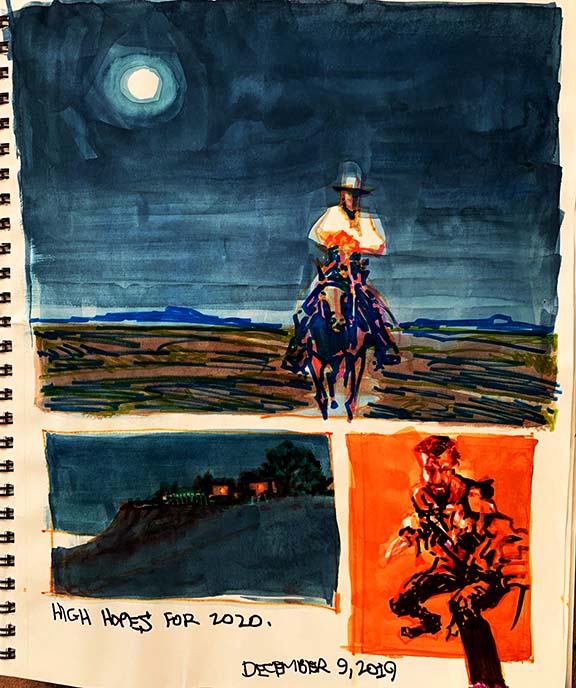 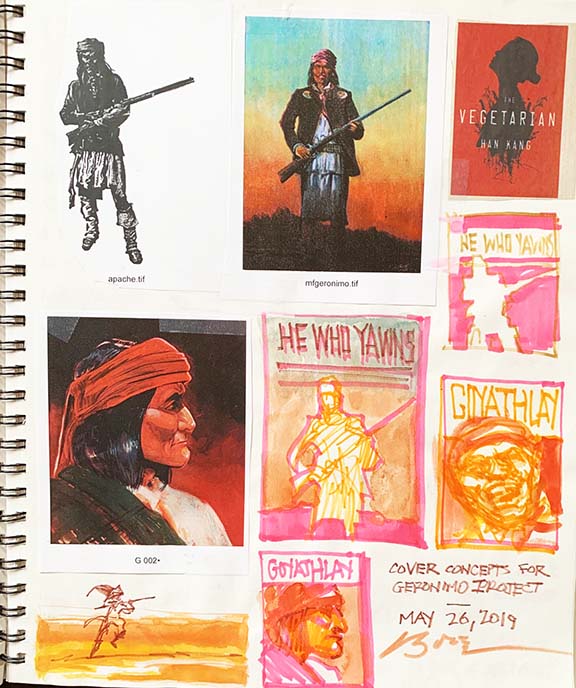 
"I've been absolutely terrified every moment of my life and I've never let it keep me from doing a single thing that I've wanted to do."
—Georgial Okeeffe 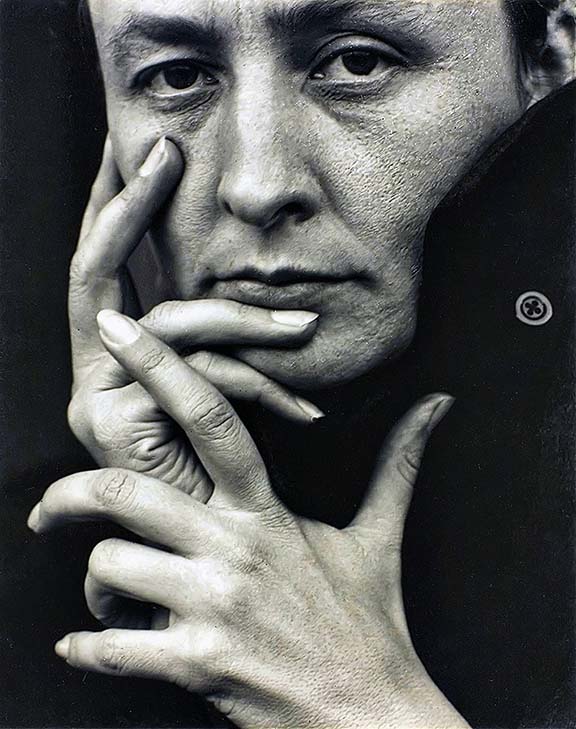 "It takes a lot of money to look this cheap."
—Dolly Parton 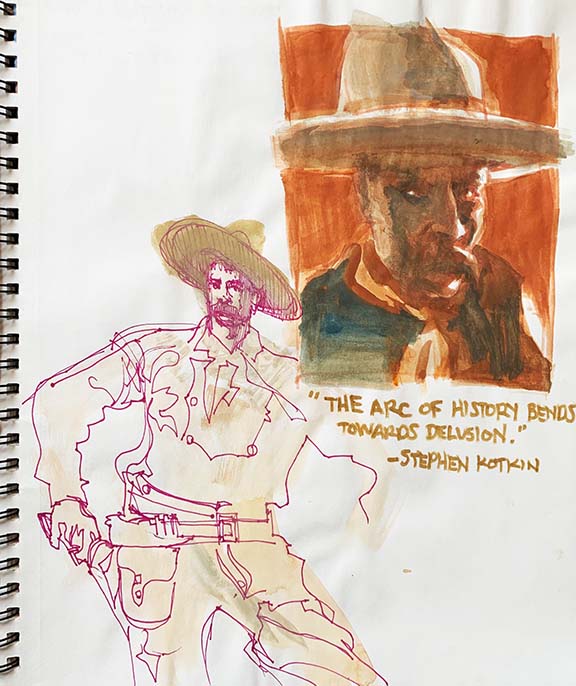 Daily Whip Out: "The Arc of Delusion"

I am not crazy. I prefer the term mentally hilarious. 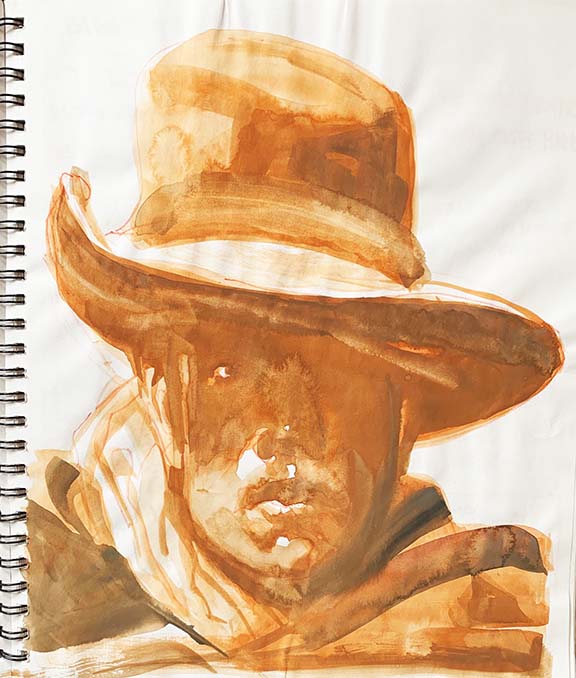 "That Boy Is Mentally Hilarious"


The fact that there's a highway to hell and only a stairway to heaven says a lot about anticipated traffic numbers. 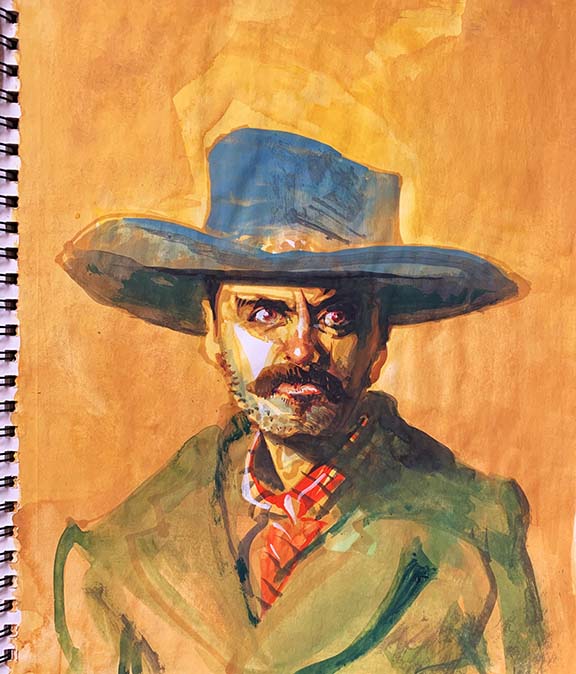 
Water is the most essential element of life, because without water, you can't make coffee. 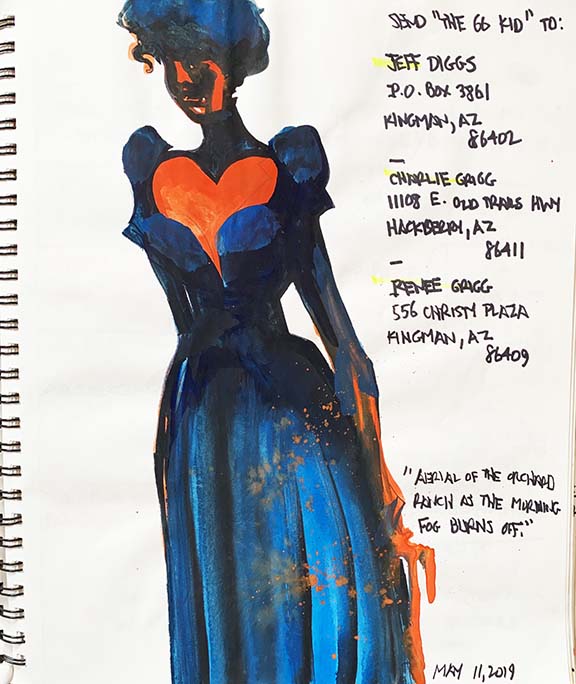 Don't worry about old age. It doesn't last that long. 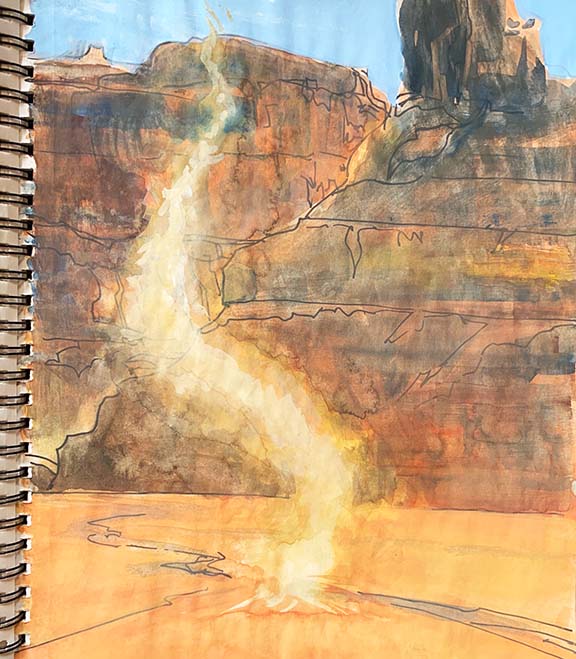 
My therapist told me to write letters to the people I hate and then burn them. Did that, but now I don't know what to do with the letters.

My step-father, Lou Cady, Jr. is 98 and still driving! He lives in Cibolo, Texas in case you needed a heads up.

"It takes two years to learn to speak and sixty to learn to keep quiet."
—Ernest Hemingway

"How do you destroy a desert paradise? One improvement at a time."
—Tom Augherton, a former mayor of Cave Creek
Posted by Bob Boze Bell at 2:59 PM