January 11, 2020
When the kids were here over the holidays, I went outside and found my son Tommy and his daughter Harper, 6, getting ready to take a long walk. As I passed them in the driveway, Harper asked her father, "Where is Grandpa Ha ha going?" And my son said, "Grandpa is going out to the end of the driveway to pick up the newspapers." Harper looked puzzled: "How did the newspapers get out there?" And Tommy said, "Someone drove out here and threw them out the window."

Man, does that sound Stone Age, or what?

Meanwhile, my friend Lynda Sanchez sent me a photograph she recently found of a pack train bringing supplies to the Fancisco Fimbres expedition (they were hunting the Sierra Madre Apaches who had kidnapped and murdered his wife and child)with this question: 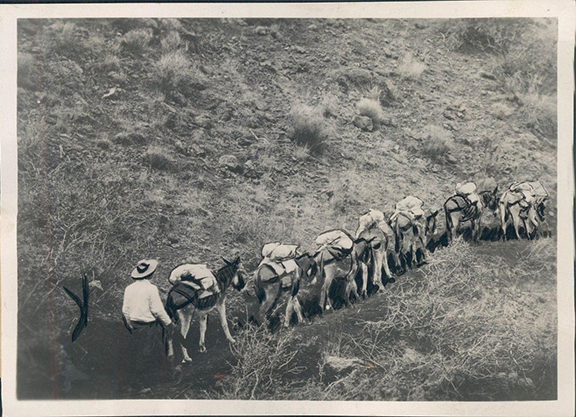 "I found this intriguing photo from the 1930’s, supposedly taken from newspaper files in Douglas around 1930.  I guess from time to time they must auction them off or just need to discard them.  This supply train was for the Francisco Fimbres expedition.
"What I am wondering is why marks looking like penciled in outlining has occurred?  Do you see that?  And why would a newspaper do such a thing?  Or am I seeing things?
—Lynda Sanchez

Yes, in the 1920s and 1930s, as newspapers ran more and more photos, the art departments at these papers were charged with "cleaning up" and "improving" old photos for reproduction. This is why we get the Frankenstein Billy with the moronic gaze. 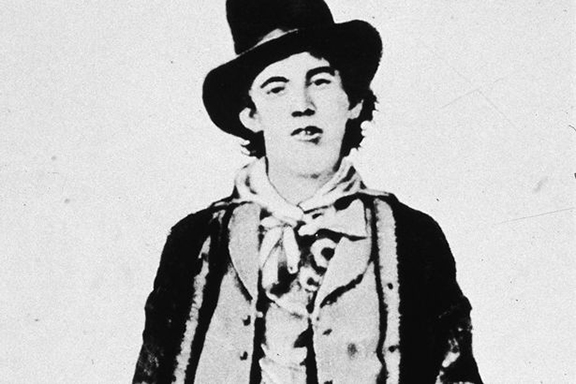 "We don't know exactly why, but someone drove out here and threw these wads of paper out the window."
—Archeologists studying the remains of our driveway in the not so distant future
Posted by Bob Boze Bell at 8:25 AM