January 27, 2020
Had fun this weekend working out in my studio. I'm seeking ways to portray campfire light. 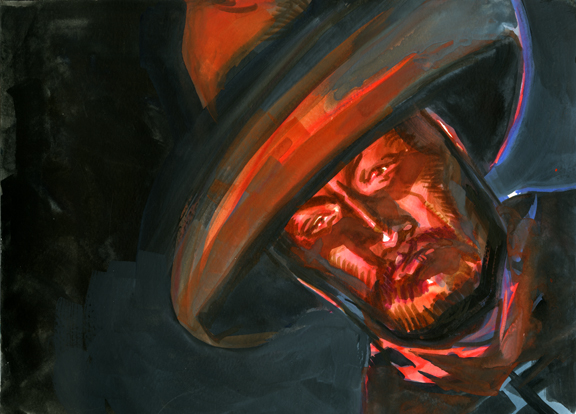 Pendejo is an odd duck who is captured by the bandit chieftain Doroteo Arrango and is going to be "adobed" (shot against an adobe wall) when, on a whim, Arrango spares his life momentarily and asks for a story.

El  Pendejo quickly spins a horse flesh tale about a lame horse and the deception of a nefarious horse seller which appeals to the brutal, hard riding El Jefe. 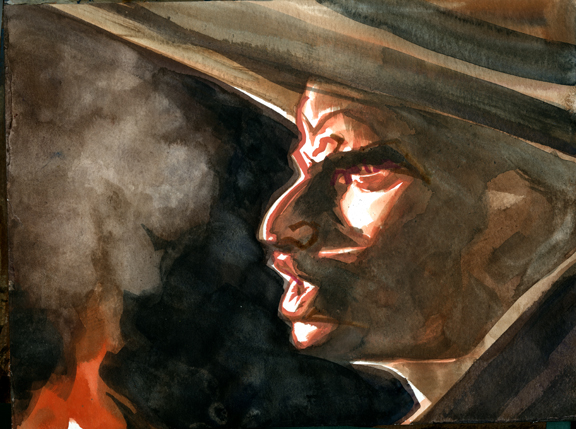 El Pendejo becomes a court jester to the brutal bandit king and he continues to spin stories within stories, each triggered by the next reveal.

Several times Arrango threatens to kill Pendejo, but his stories save the day. Plus, Pendejo seems to know the secret desires of his listeners, capturing them like butterflies under glass.

Eventually, El Jefe tires of the stories and puts Pendejo up against a firing squad. Appealing to the bandits lust for riches, Pendejos last words foretell of a great treasure. Pendejo is put to the challenge with every story, until the end when the game runs out and all is lost.

That, my friend gives way to another impending, improbable tale from El Pendejo. 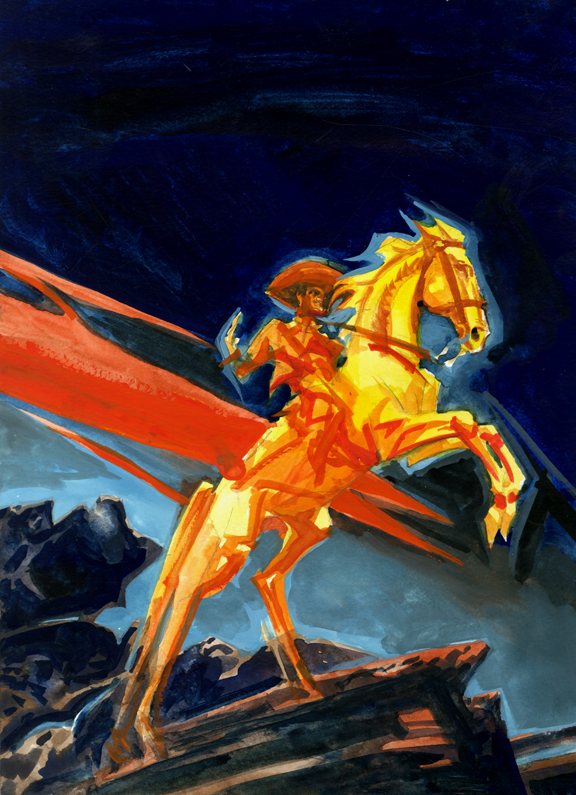 Trust me, you will not like how this story ends.

A good horse has justice in his heart.

The storyteller appears weak. He affects all the mannerisms of the victim. He appears to be one thing, but he is another.

His mighty stallion went down, tripping in a gopher hole.

"A thousand different forces are killing student interest in the humanities."