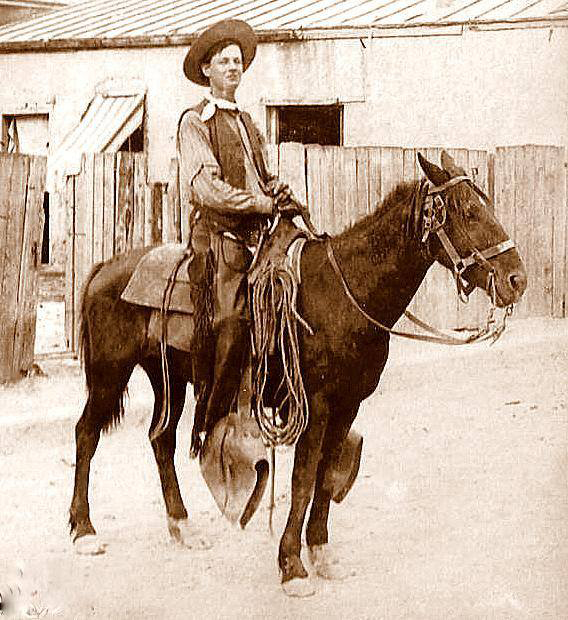 Rebecca and I worked hard on finishing up the next Classic Gunfight on "The Last Man Standing On Reno Hill." Going to be a good one thanks to these gents: Robert M. Utley, Michael Donahue, Bob Reece, Jim Hatzell, George Kush and Paul Andrew Hutton. 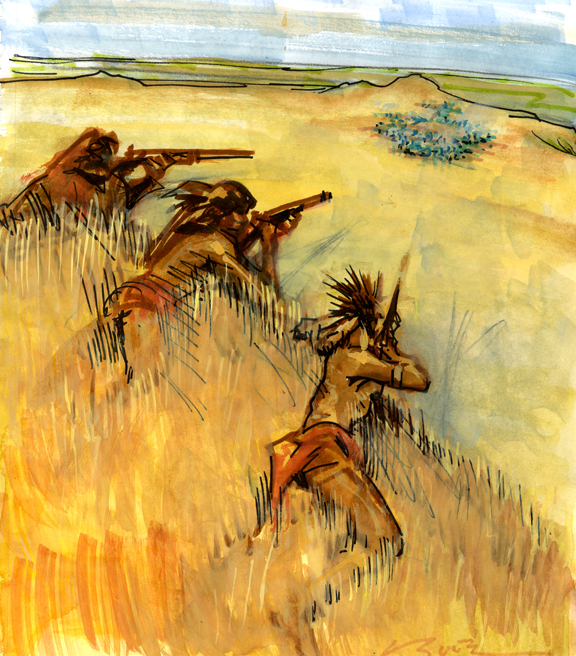 
"In the center in a slight depression the horses and mules were staked out, and an inadequate little field hospital was established. But it was impossible to shield the men and stock from the Indians firing from a hilltop off to the east. Animal after animal was killed, and men were hit. It was tough not to be able to so something about it."
—Private Charlie Windolph 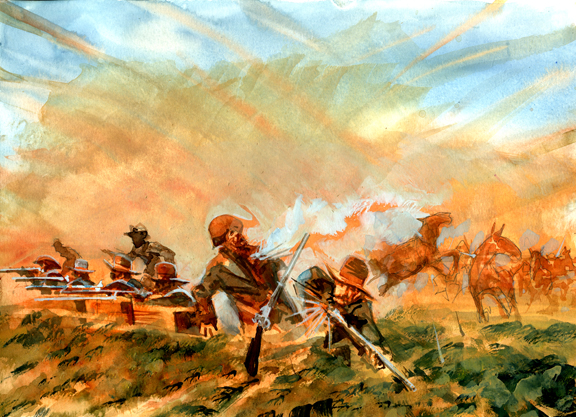 Raining Bullets   Private Charlie Windolph of H Company hunkers down as a hail of arcing bullets rains in on Reno's command. Private Jones is hit in the heart and dies instantly while Windolph has his rifle butt stock split in half by a bullet.


Although most of popular attention of the shooters is concentrated on Sharpshooter's Ridge, there were more Indian snipers shooting at the surrounded troops from the east.
After the fires of several years ago, researchers were able to locate where the snipers were shooting from and what kind of weapons they were using. One researcher found the main Indian position to the east of Reno Hill about 800 yards from the troopers. He found about 200 45/55 casings and about 76 .44 Henry/Winchester casings. According to Michael Donahue, "that last number is crazy as the distance is about 800 yards. They must have been pointing them high into the sky hoping they would drop onto the soldiers." In fact, many of them did.

This Classic Gunfight is schedule to appear in the February-March issue coming soon to a mailbox near you.

"On the whole, authors have their writerly subjects laid down inside them, waiting to emerge like an antelope from a small shell."
—Deborah Levy