Forty Love On The Arizona Frontier

Strange as it may seem, I still find old photos I have never seen and it defies the odds—and logic—because I have been looking at Old West images for a very long time.

Yesterday, a major historian showed up at my studio with two boxes full of fantastic original photographs. Here's just one of them. 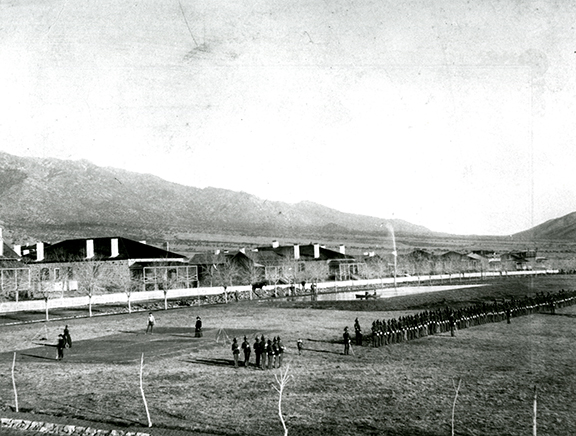 Fort Grant Parade Ground, 1888
Yes, that is a lake at middle, right, and I think that might even be, could it be, a water fountain? Yes, according to Gay Mathis, it is Lake Constance, named for Anson Mills's daughter. It was Anson who built the concrete pond and had fountains installed that spouted water 100 feet in the air. And check out the foursome playing lawn tennis, at left. Here's a close up: 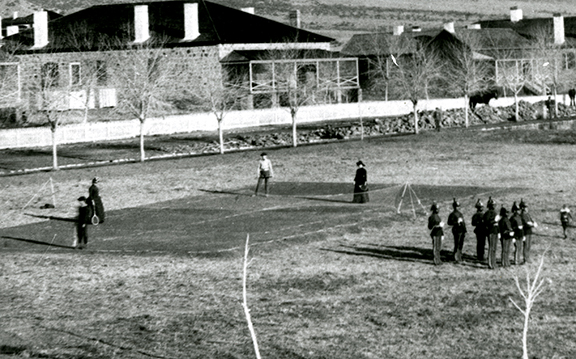 Forty Love On The Arizona Frontier
Meanwhile, this same historian, John Langellier, and I, went in together, and bougtht this never-before-published photograph of Apache Scouts. 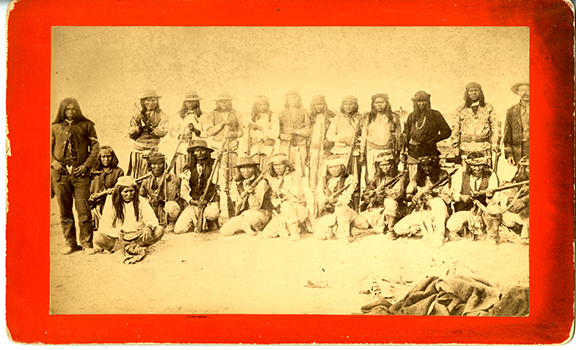 Alchesay And Crew, at Fort Apache
That's Dandy, at left, and fourth from left, Alchesay, standing. And here's a close-up of them. 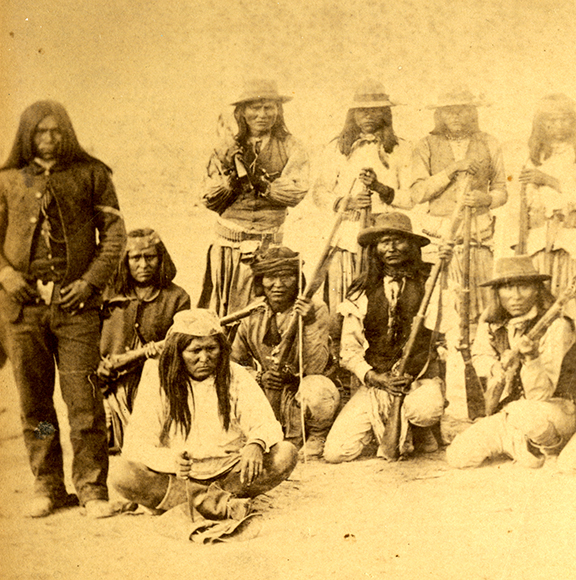 Dandy and Alchesay close-up
The Langellier box of photos is full of so many gems, here is just one more for your edification. 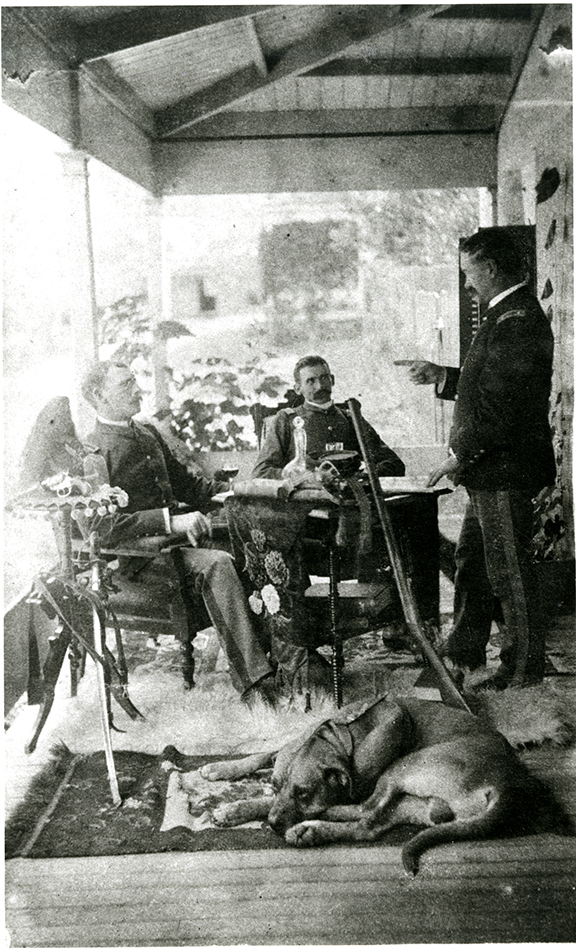 Fort Bowie Officers On Porch
We are going to do a major feature on these photographs in an upcoming issue of True West.
And, here is the man himself, holding court. 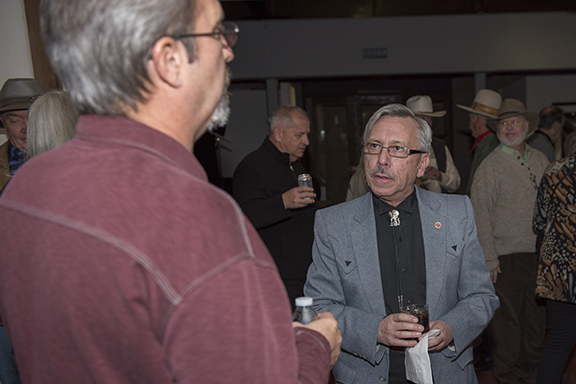 Dr. John Langellier, at right, holds forth
"I see by your attitude that you are a footnote nut."
—Old Historian Saying
Posted by Bob Boze Bell at 12:54 PM