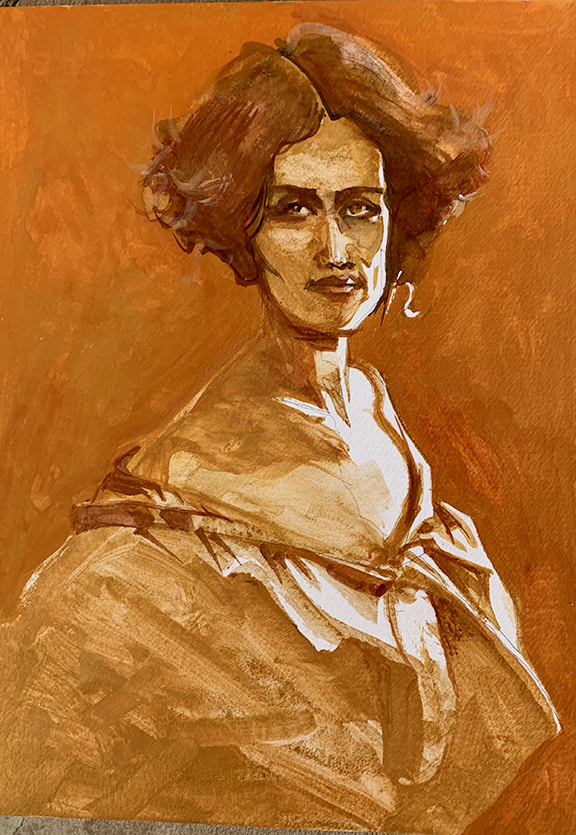 Sheriff Peppin swears in an affidavid, initiated by Colonel Dudley, that Mrs. Susan McSween is a "bad, unprincipled, lewd and untruthful woman." The good sheriff goes on to say he witnessed Mrs. McSween "in actual lascivious contact with a well-known citizen [rumored to be John Chisum]. . .in the spring of 1877."

Francisco Gomez, 21, swears that he was seduced by Mrs. McSween, by "improper advances. . .that she persisted in these advances in such a palpable and lascivious manner, that the deponent had sexual intercourse with said Mrs. McSween. . .that this sexual intercourse. . .became a frequent occurrence. That their sexual acts were committed at various places, chiefly in the brush near the river, and mostly while he, the deponent, was employed in the building being erected in the town of Lincoln."

Saturnino Baca, no friend of Mrs. McSween, swore he heard Mrs. McSween "charged to her face" in front of her husband "with having come from a house of ill fame." Baca goes on to swear, "the fact of her loose character was notorious," and he swears to the honesty of Francisco Gomez.

Dudley claims he produced the affidavits to protect himself and "were intended only for the official eye" of his superiors, but "due to the betrayal of official trust of somebody" they were leaked to the public.

Two astute observations on the election which will hold true going forward:

"Whatever the final vote, it is already clear that the number of Americans saying, 'Enough is enough' was not enough."
— Dov Seidman
"Trump is, for better or worse, the foremost symbol of resistance to the overwhelming woke cultural tide that has swept along the media, academia, corporate America, Hollywood, professional sports, the big foundations, and almost everything in between. To be blunt, for many people, he's the only middle finger available—to brandish against the people who've assumed they have the whip hand in American culture."
—Rich Lowry
Posted by Bob Boze Bell at 11:12 AM