Okay, these shenanigans have gone on long enough. Let's wrap this puppy up and get on with our lives.

When a White Oaks posse shot the Kid's horse in the fight at Coyote Springs, he fled on foot leaving behind his gloves and saddle. He and Rudabaugh trudged through the snow on foot to the Greathouse Ranch (which is at least a 15 to 20 mile trudge through the snow). When that standoff ended, the unhorsed outlaws then walked eighty miles to Fort Sumner in deep snow!

Daily Whip Out:
"Snow Trudging to Fort Sumner"
I Googled it and the distance from Corona, New Mexico (the approximate location of the Greathouse Ranch) to Fort Sumner is 91 miles by the highway (going through Vaughn) and 70 miles as the crow flies. I imagine the Kid and crew did some meandering in the snow, perhaps trying to find a lonely ranch house, or a corral full of horses, but the best evidence indicates that they walked the entire way! This is incredible. Imagine if you were 20 years old and you started walking from Kingman to Las Vegas, Nevada (103 miles). Now imagine it in a snowstorm. Wow. I think the thing I am most impressed with in all of the Lincoln County War stories is the distance they travelled without batting an eyelash. Tunstall (an English dude!) rode 90+ miles before he was shot out of the saddle. The Kid rode and walked the 120 miles back to Fort Sumner from Lincoln, with a leg shackle still on his leg. And, on and on it goes and then someone wonders if I am going to drive into the Beast for lunch and I say, "Nah, too far." 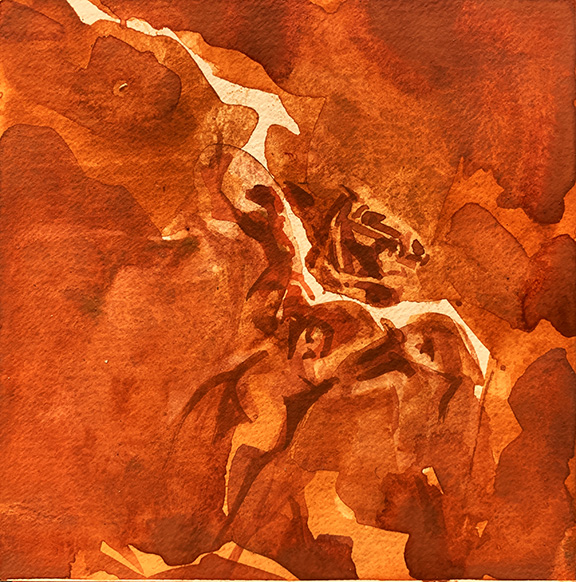 Daily Whip Out:
"Invasion of The Ne'er-Do-Wells"

An Invasion of Ne're-Do-Wells  As the buffalo hunters decimated the great herds on the Llano Estacado (Staked Plains), some of them started drifting west into New Mexico and that's how Pat Garrett ended up in Fort Sumner. Some of these Ne're-do-wells came in with the railroad, like Doc Holliday, who shot and killed Mike Gordon in East Las Vegas on July 19, 1879. The Earp brothers also slithered through Vegas in this same time period. Others, like Joe "Texas Red" Grant arrived at Old Fort Sumner looking to make his name as a hard case. Unfortunately for Grant, he chose the wrong saloon and the wrong drinking mate to mix it up with.

The Tascosa Tenure of the Kid
Billy the Kid and his cohorts spent almost a half year in the Texas Panhandle and they worked the trails with stolen horses and stock back to their old stomping grounds in New Mexico. The Tascosa tenure all came to an end when the new governor of New Mexico, Lew Wallace declared amnesty for all the Lincoln County War warriors.

"Bob Boze Bell has captured the beating heart of Billy the Kid."