Bass Reeves Black AND Blue On A White Horse

Some things just have to be said.

Black AND Blue On A White Horse

In this time of renewed racial contention it is somehow fitting—and timely–that one of the unsung heroes of the Wild West era was a Black man who wore a badge and rode for the law. Talk about a bridge to the present. I think it's high time we celebrated this amazing lawman who logged over 3,000 arrests in a three decade career and shot it out with, and won, against 14 to 20 bad guys (the record on exact kills is unclear). 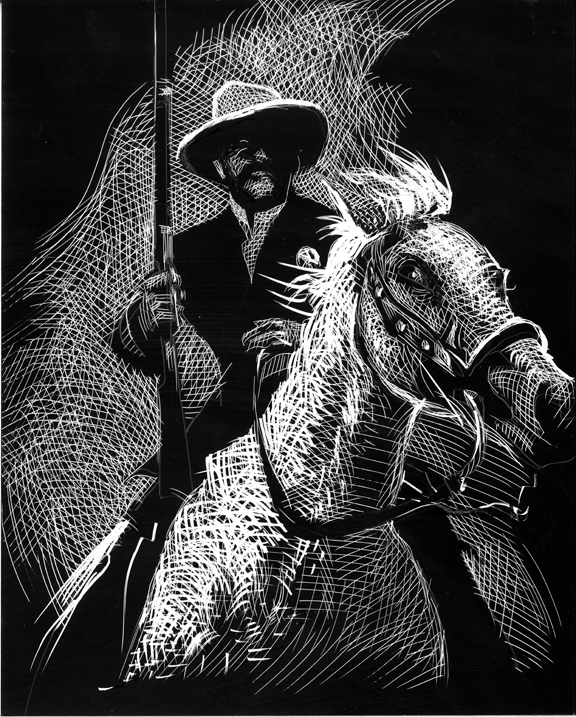 Daily Scratchboard Whip Out:
"Bass Reeves On His White Horse"

Hold on to your hat because Ol' Bass is gonna be on the cover of the next issue of True West and wait until you see what Dan The Man Harshberger has come up with. I believe it's the best cover he has ever done, and that's saying a lot since the two of us have been collaborating on covers since 1972. It is a killer cover and I say that will all due irony.