The very first rock concert I ever attended was the Beatles at the Convention Center in Las Vegas, Nevada in August of 1964. Looking back, the show was so primitive, the Fab Four used the house PA (public address system)! Not that they actually needed it, since it was White Noise City for a full thirty minutes. The screaming was so loud, it was hard to even discern what songs they were playing.

Yes, there were no cooler cats than those four Liverpoolian Lads on that hot summer day, so long ago. Since I am a fan and a student of their career, I have often wondered what happened to the drummer who got left behind. 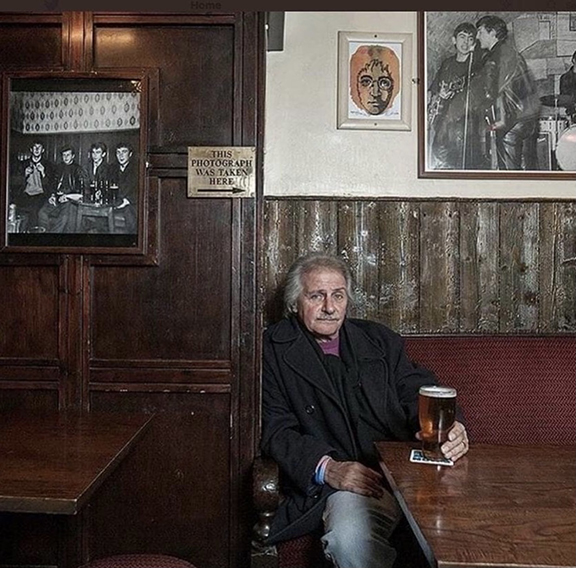 Pete Got It Best?

Yes, after two years in the band, Pete Best got sacked from the Beatles and Ringo Starr took his place, just prior to their meteoric rise. He missed out on so much. Is he as sad as he appears in the above photo?

According to the archivist and records manager at Ports Toronto, Canada:

"Don't need to feel for Pete, he's done and is doing just fine. Still drumming when the mood takes him, in demand for his experiences with the band for the two years he was with them. Author of a book considered a major point of reference for the Beatles' time in Hamburg and Liverpool 1960-62. Had a successful career in the civil service, got recognition (both his musical contribution and also in terms of substantial financial remuneration) from the Beatles in the Anthology album, has had numerous honours for his part in music history. Tours the world with his band, keeps the memories of the Beatles' early days fresh. And he's still healthy and happy, and a genuinely decent bloke on top of it. He's done all right. BTW the pic you have here—that's at The Grapes Pub on Mathew Street in Liverpool, across the street from The Cavern Club. Pete's sitting on the bench where he and the others were photographed having a pint c. 1961. The picture is on the wall behind him (at left). And it is damned difficult to get that seat if you go in!"

Well, how about them apples? Given what happened to both John and George, it's a bitter sweet irony about success, is it not?

And, finally, we were supposed to have BtKIII books here last Monday, but with Covid-vaccine priorities, the shipping folks have pleaded delayed expectations and, as of today, no books, nada. I just got a call from Ken telling me they have lost the shipment. I feel like the Kid appears to look, here. 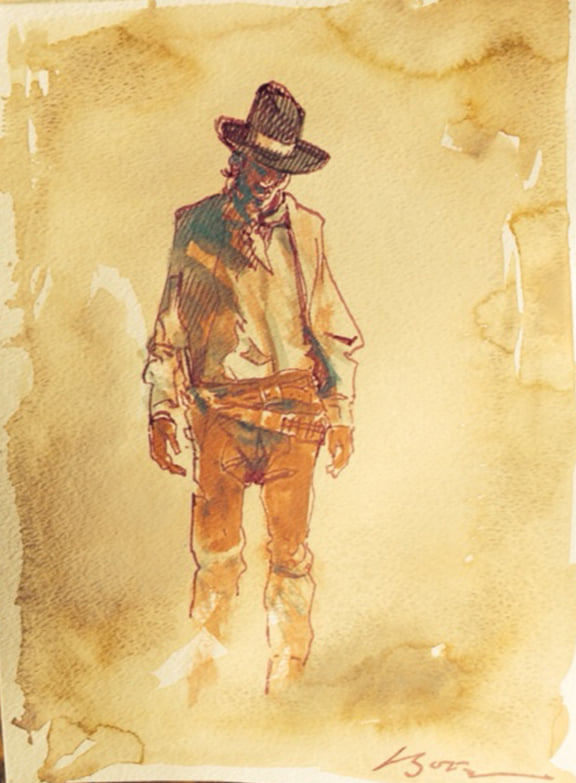 I have done that boy so many times, and in so many ways, I forgot to even put this one in the new book!

"They laughed when I said I wanted to be a comedian. Well, they're not laughing now."

—Comedian's Lament
Posted by Bob Boze Bell at 11:23 AM