The Power of Emotion On Boxing Day

Here's something I've never said in my 74 years on the planet: "Happy Boxing Day!"

For the longest time, this strange holiday wasn't even on my radar, but then, about ten years ago, I read about it in the context of Britian's weird celebrations, as opposed to, say, our totally logical holiday traditions like the Easter Bunny. 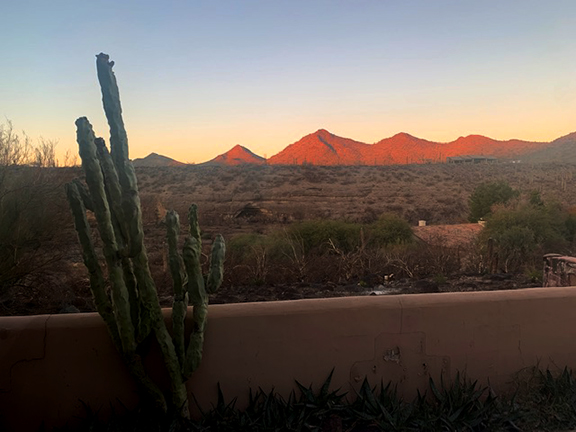 "Sunrise Over The Seven Sisters
On Boxing Day"

Kathy and I agreed to not buy each other presents this year, but she did tell me she had a gift for me.

Kathy's Christmas Gift to Me

As recorded on my iPhone in front of a crackling fire, Kathy said this: "It's Christmas day in the weirdest year ever, and Bob and Kathy are going to tell a story together. Bob is going to start the story and then hand the phone to me and we will play ping pong until a storyline is made clear. Okay, you start."

BBB: In the fall of 1888 we received an official letter by mail carrier at our Apache Grove ranch on the Gila River. The letter said that I should come to Morenci immediately and claim my share of my father's estate. This was shocking to me and my mother because we didn't know my father had passed. So I got my horse ready and my mother told me to be careful because there were bandits on the road.

KR: My father, my father, just saying those words seems strange to me, a man I haven't seen since I was five, maybe six, and now I've been told that he is no more. He really never was and I wanted him to be. I had to do all the chores. I did too many chores because he wasn't there. It was just me and mom and Amy and I was the man of the family. No, I was just a kid and on some level I hated him for not being there to be the man of the family.

BBB: My mother packed me a lunch and I took off on a scrawny buckskin named Charlie and we made it to the Smith Ranch the first night, without incident, and they asked me where I was going and I told them and they expressed concern for me because they knew my father's history. When I told them about the letter they asked me if I knew if the offer was legitimate, but I confessed I didn't know. The letter was written on an attorney's letterhead. There were no phones in those days between our ranch and Morenci. I knew I had to go and find out what had happened to my father.

KR: It made me slightly angry that these people knew more about my father than I did. My last memory of my father was the look on his face. It was a look of anger and remorse. He knew he shouldn't have done what he did, but he looked at us like we were the problem. It was our fault that he had to go away. He walked out on my sobbing mother. I decided right there I was not going to ever let him back into my life. And now I'm off to Morenci to find out about a man I cared nothing about. Why am I even doing this? Because my mother asked me to?

BBB: Late the next day I arrived in Morenci and went straight to the court house. They directed me to the attorney—Gilbert Gladhorn—who had a small office near by. I was immediately ushered into his overstuffed office. The lawyer told me the gravity of the situation, that my father was an outlaw and that he had robbed the Duncan stage of a mining payroll and had gotten away with a very large amount of money. As he was getting away he allegedly killed a passenger on the stage and ten days later he was captured and brought into Morenci for trial. The night before he was hanged, he confessed to the crime. And in his confession he told his lawyer he had stashed the treasure in a secret spot, but he wouldn't divulge the location. He did leave three clues in a letter he had written to me, but that they had intercepted.

KR: Isn't this just like my father. From the grave he was still messing with us. This was ridiculous. And do I even want to believe this? Do I even want to spend the time and energy to save the ranch. Knowing my father I suspected the whole thing was a ruse, and if there was actually a treasure it was most likely probably phony. The lawyer and the sheriff are interested in finding the treasure. They find the treasure and they take it from me. It was a moment of conflict for me, do I move forward and Liar that he was. What do I do? 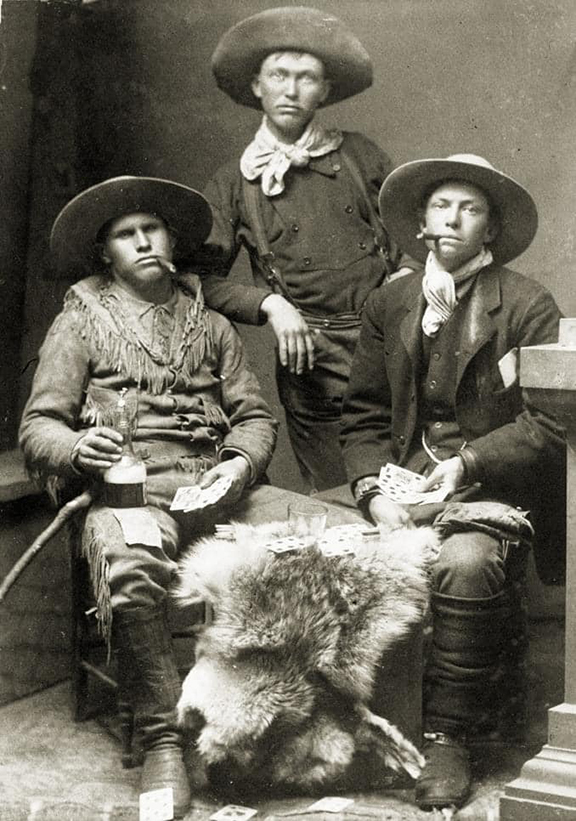 My Father Was A Bad Man

BBB: The sheriff told me that the night before his hanging my dad dictated a confession but he wouldn't say where the buried loot was hidden. But then, they discovered the letter to me. Since then, the attorney and the sheriff had figured out the first two clues from the letter my father had tried to send to me, but they didn't have a clue about the third one. They told me he laughed and said that I would know the answer when I stood on the spot of the second location, whatever that meant. We left in the morning, the Sheriff and his deputy, Hunkydory Holmes. As we rode up into the Pelloncios, I had my doubts about what we would find. I wish I could say it had a happy ending, but I will say a few just desserts were served.

Her gift to me is the power of emotion in storytelling and it is duly noted. Thanks Kathy Sue!

"I've got to tell the story before it's time to go."

—Hank Williams, Jr. "Are You Ready for The Country"