The Best Cover In 48 Years?

It's almost over—this damned year!—but here is one last gasp at grabbing the brass ring. 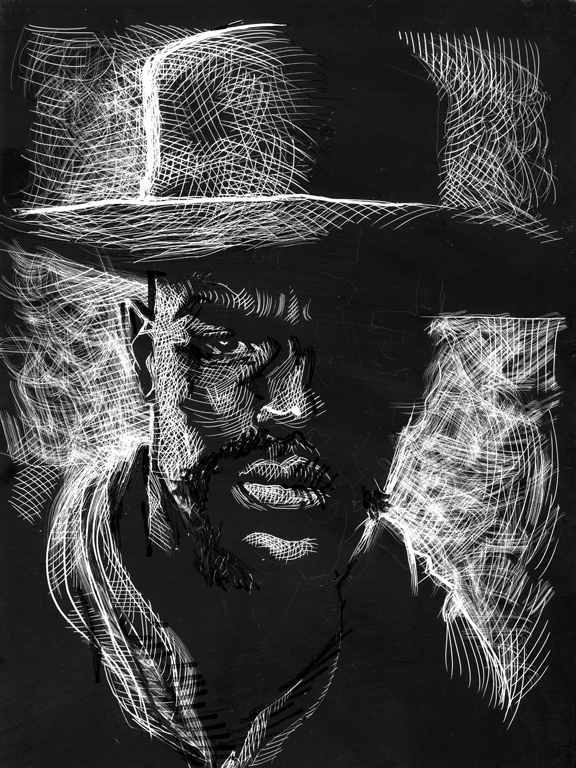 "Bass Reeves Up Close And Personal"

We've been scrambling to get a cover going for our February-March issue for a week or two now, on this guy. 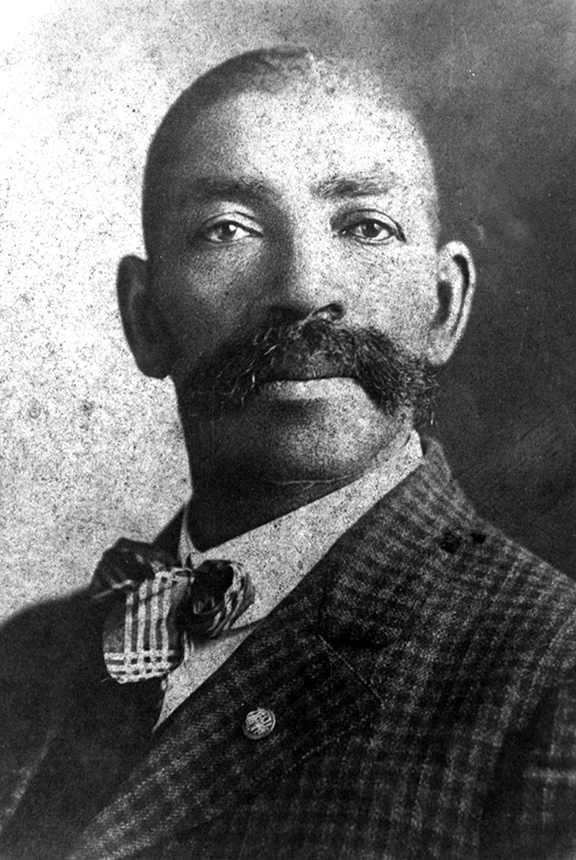 Someone on our staff asked, "Why wouldn't you just run a photo of Bass Reeves on the cover?" Well, it's what we call "The Banker Shot Problem." A formal, bust portrait sometimes works, but, it's ultimately just, nyeh. Looks like a boring banker. To be blunt, it just doesn't say Badass Lawman. So, I whipped up these roughs, to see if we could find a way forward. 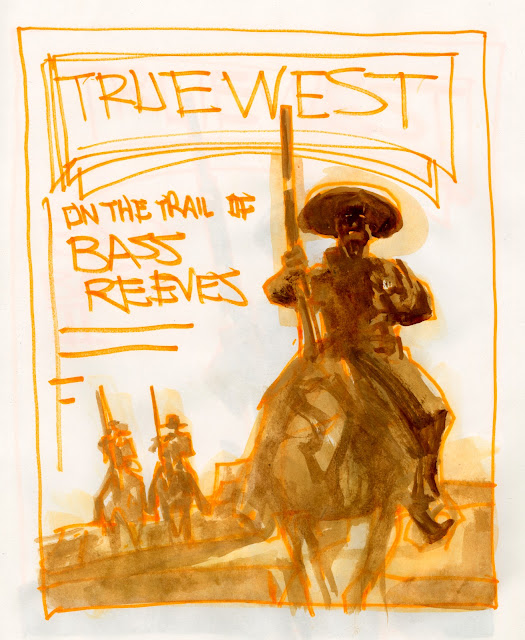 Then, as a wing-ding-long-shot, I told Dan about my idea to cut the Lone Ranger down the middle, with Clayton Moore on the left and Bass Reeves on the right. You know, like this: 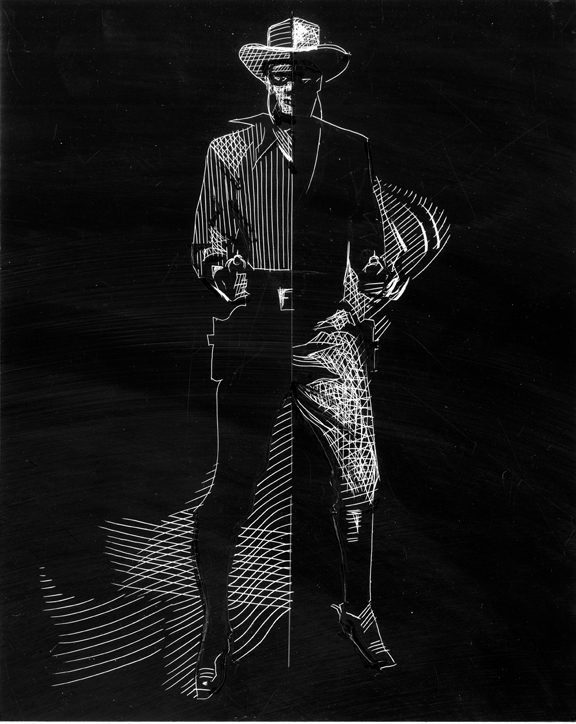 Dan warmed to this idea at first and did a split version, but he was unhappy with it, and, instead, came up with this: 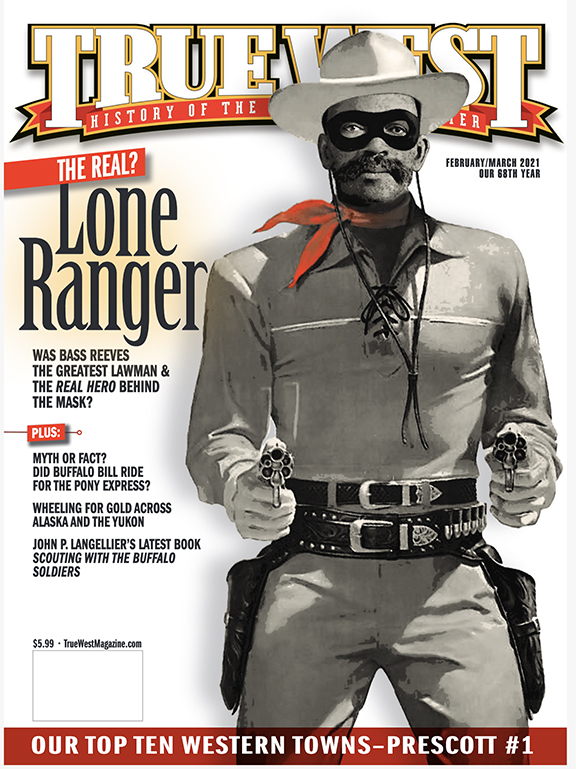 Dan Harshberger and I have been collaborating on covers since the first issue of the Razz Revue, in 1972. I have to say, in my humble opinion, this is the best one yet. Just the coolest.

"We're nothing but puppets dancing on history's strings, frog legs twitching when the current hits, pulled helplessly through time by forces we can neither name nor understand, and haven't we already been through enough this year?"