One of the wonderful things about researching a new book is finding all kinds of groovy stuff that I kind of knew, but not really. For example, while I know a bit about dime novel heroes, I've never heard of this guy: 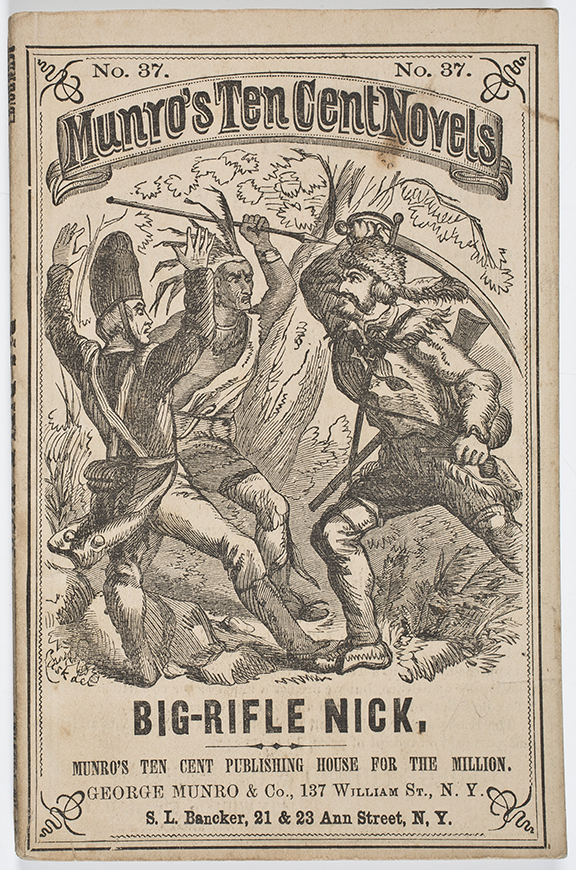 So cheesy and goofy it's downright fantastic! Then there's this goofy gal: 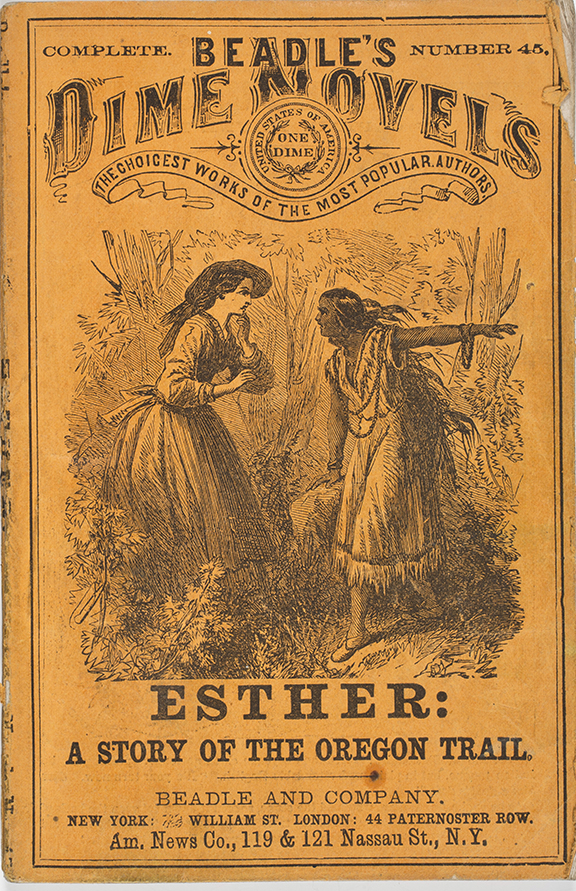 The Esther Story In A Nutty Nutshell

Esther is being warned by Waupee (above) A Sioux Indian maiden, who is married to Black Eagle, who has been hired by an evil Mormon, Elelu Thomas, to kidnap Esther so Elelu can marry Esther, but Black Eagle has designs on her himself even though he's married to Waupee. While Black Eagle meets with Elelu, the Mormons attack the Indians and during the struggle Esther escapes and while wandering through the mountains she meets a "friendly" Indian named Osse'o, who offers to escort her safely back to her people. Then, darned if they don't run into Black Eagle again, who gets in a fight with Elelu and kills him, but one of his arrows wounds Osse'o. Both Black Eagle and Elelu die from their wounds and it turns out Osee'o is not an Indian at all, but a white man in disguise, so Esther and Osee'o are soon enough engaged to be married. And you wondered how so many of those goofy Netflix films ever got green-lighted.

"It doesn't matter how accurate a story is if you can't keep awake through it."

—Henry Parke
Also, this is perfect quote for our current political moment:
"Heroes are not giant statues framed against a red sky. They are people who say 'This is my community, and it is my responsibility to make it better.'"
—Studs Terkel
Posted by Bob Boze Bell at 11:27 AM