The Pros And Cons of U.S. Marshal Bass Reeves Being The Lone Ranger

In the next issue of True West magazine, we're featuring a lively debate about whether U.S. Marshal Bass Reeves was the inspiration for The Lone Ranger. Compelling points on both sides. So how do we illustrate that idea for the magazine? 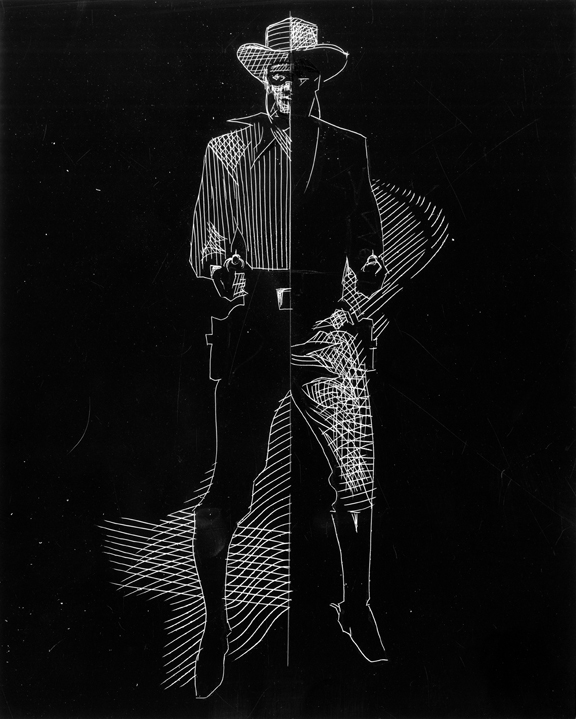 Daily Scratchboard Whip Out:
"The Lone Ranger Split In Black And White"

In the January issue of True West I struck a hopeful chord for the new year. If you are a subscriber you should be receiving this issue very soon. 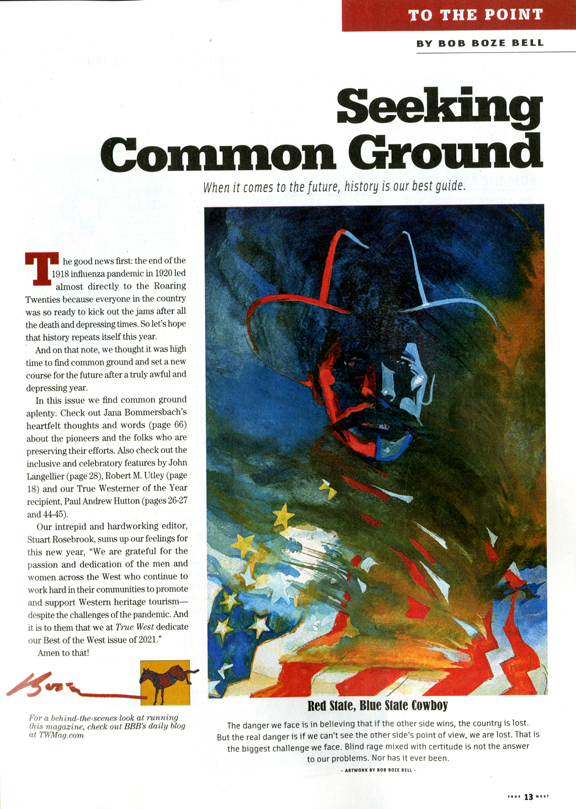 By the way, I donated the above painting, "Red State, Blue State Cowboy" to the Booth Museum in Cartersville, Georgia.

"I love being in my sixties. It's my favorite decade of human life so far. When you're in your sixties, and someone asks you to do something, you just say, 'No.' No reason. No excuse. No explanation. I can't wait for my seventies. I don't think I'll even answer."

—Jerry Seinfeld, "This This Something?"