A Few of My Clever Friends Riff On Receiving BtKIII

Happy birthday Arizona (statehood, 1912). It's been a wild ride and I'm proud to say, I have been here for more than half of your birthdays and I'm also proud to call you home.

As most of you probably know, I have some zany friends. Here's just a taste of the thank you photos and comments I have received in the past couple weeks. 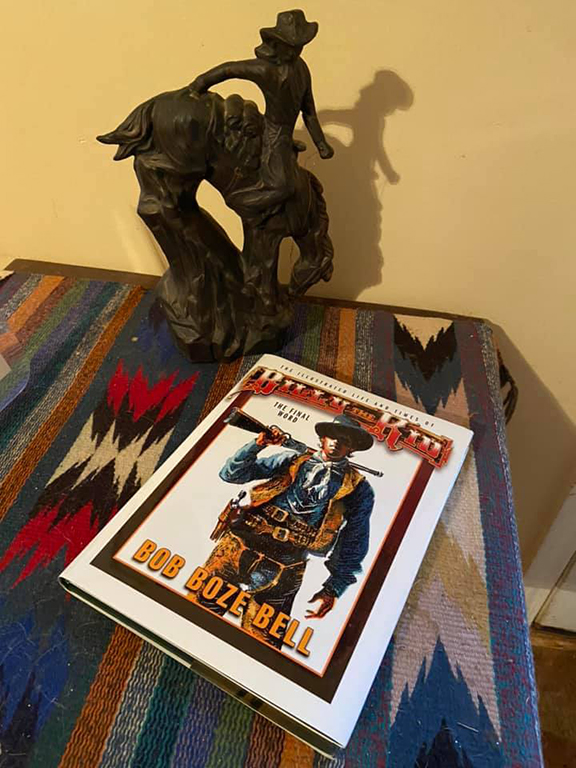 "Got my book 'Billy the Kid, The Final Word' by Bob Boze Bell in the mail yesterday. Signed edition #152 out of 200. Chock full of writing, illustrations and photographs. I can’t stop looking at it!! Thank you BBB, I LOVE it!!!"

This prompted the following photo from our mutual artist friend, Kid Ross: 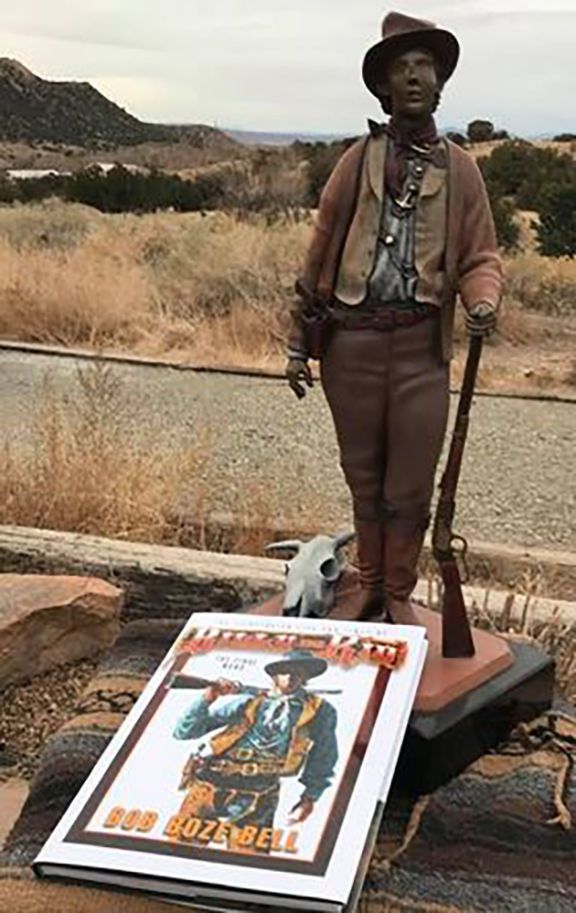 And, yes, Ross is correct. The real Billy the Kid did pass that hill because he was on the train carrying his pards, Billy Wilson, and Dirty Dave Rudabaugh, all of them chaparoned by Pat Garrett and crew as they came through Lamy (at the base of that hill) on the way to the Santa Fe jail on December 27, 1880. Then Kid Ross added this:

"My goal was to do Amy's photo one better......damn near froze my feet off hauling that bronze across the flagstone patio. But I knew I had to get New Mexico in there, too, as the Kid is the second most famous New Mexican EVER....the first being the Roswell Alien!"

And here's my pugilist compadre, Steve Randolph, in Cody, Wyoming, fresh out of leg surgery showing off his copy. 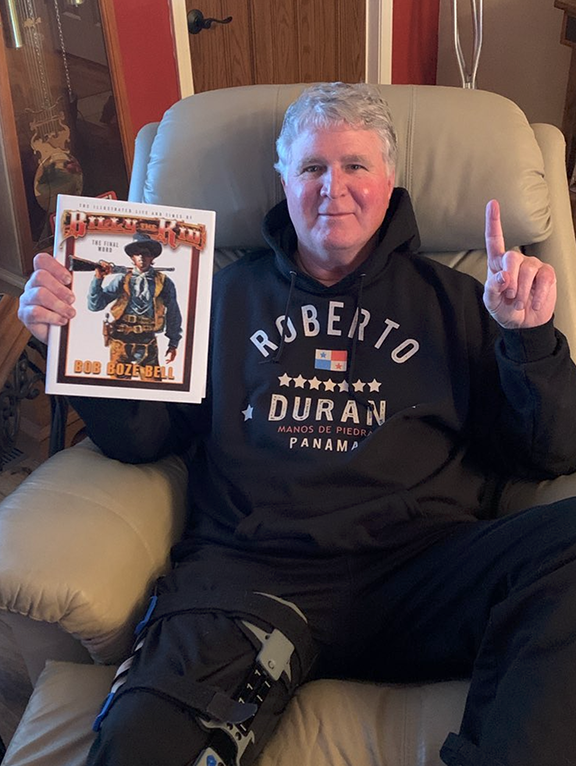 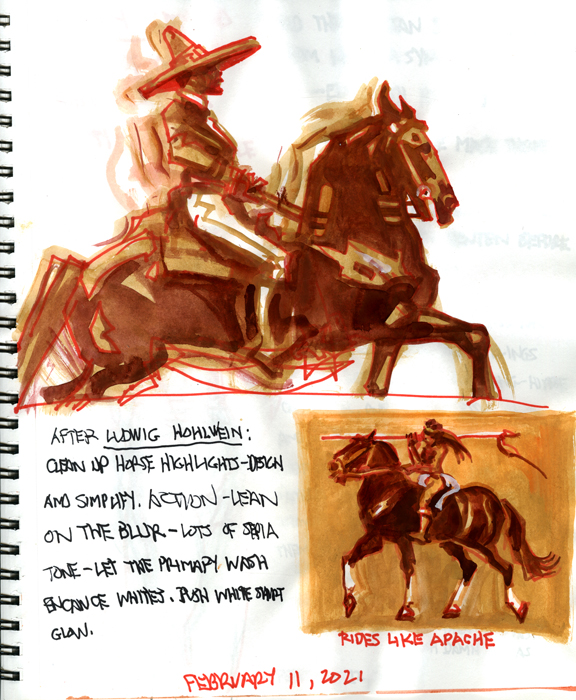 "Hohlwein Horses On The Blur"

"And then Satan said, 'Make them write a synopsis."