Outlaw In The Saddle Near Datil vs. Cowgirl Eccentric-Authentic

This is for my New Mexican amigos who love to see obscure wide spots in the road referenced in my daily whip outs. 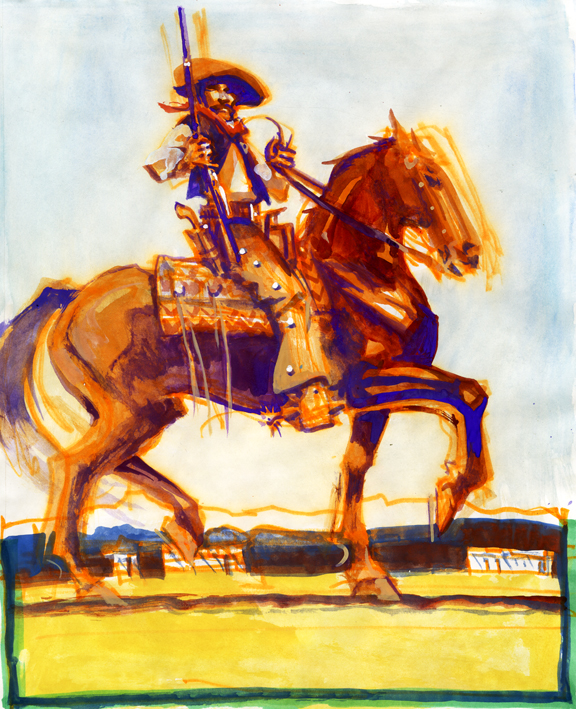 "Outlaw In The Saddle Near Datil"

I occassionally stop in Datil (yes, it rhymes with saddle) on my way to Lincoln, but I usually try to push on to Socorro or San Antonio for the Owl Cafe and the green chile burger special.

Speaking of being on the road, I finally got to see "Nomadland," which is a new road movie from Chloe Zhao (the Chinese girl who did the suprisingly accurate and authentic, "The Rider"). "Nomadland" has lots of scenes in Yuma and Quartzite and the Badlands of South Dakota, which I loved. Wasn't crazy about the movie but any movie about being on the road, I'm gonna give a chance.

The Crazy Cowgirl From Crazytown

Looking around for a new way to get into a cowgirl story. I've done the Sweetheart of the Rodeo Twenties version (also known as 20.0) and that would be the Prairie Rose look which became the Honkytonk Sue look which has been done to death, by me! So, yes, I'm looking for something a little more eccentric, but authentic. 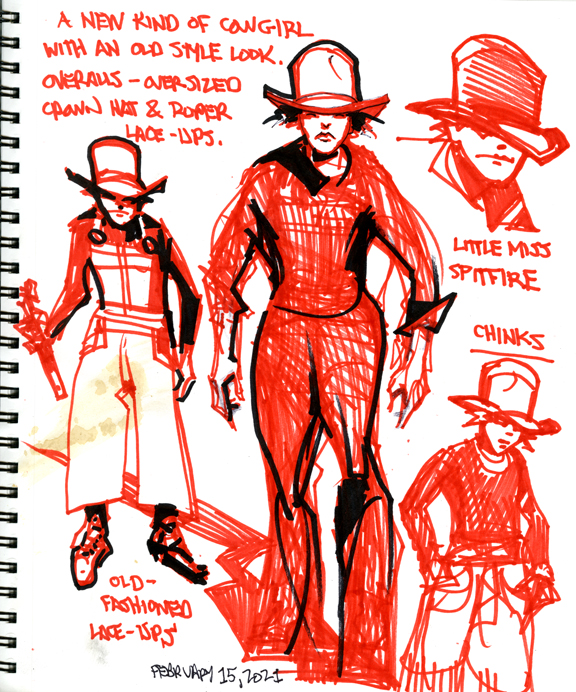 A Crazy Cowgirl Who Wears Overalls?

Meanwhile, working up cover ideas for our next issue. Here's a scenario that might work: 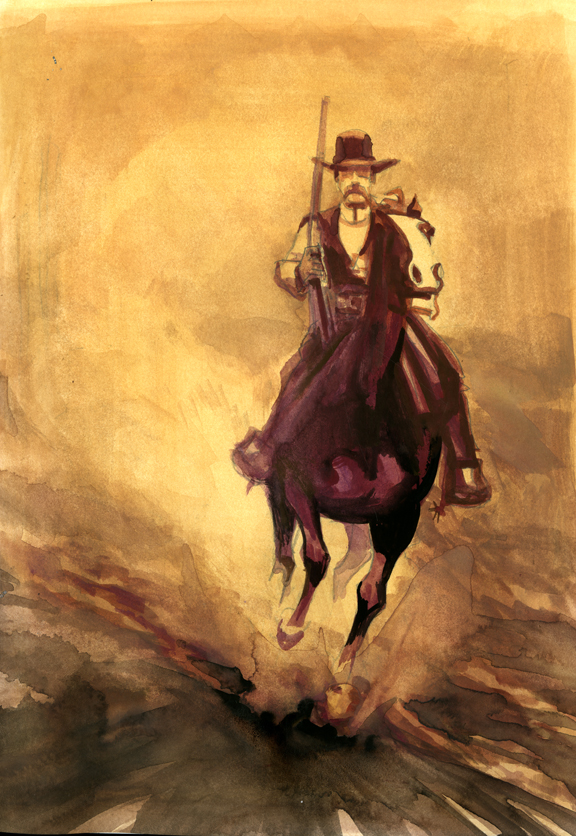 Daily Whip Out: "Lawman On The Hunt"

Somewhere in here is a cover.

“It takes courage to grow up and become who you really are.”