Is it my imagination, or, can we see some daylight up ahead? Dare I say, some of us are making plans for hitting the road this summer?

To say the least, it has been a rough patch.

I was talking to Marshall Trimble last week and he told me about comparing notes with his troubador pard, Dolan Ellis, and between the two of them they have had zero gigs in almost a year. And these two guys are used to performing at least 300 shows a year. Individually!

I know the pain. I had planned a big speaking tour—The Never Surrender Tour of 2020—to promote my Geronimo book. 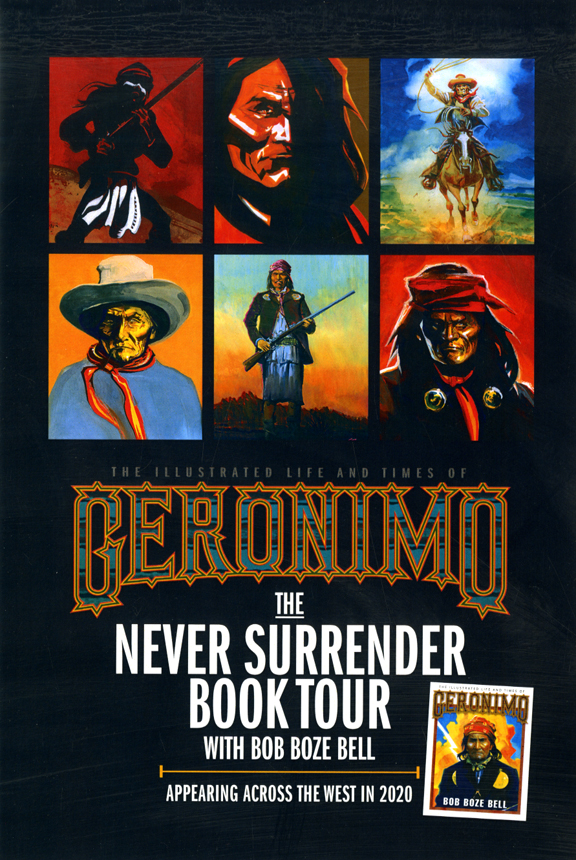 78 postcards just like this, sit in a drawer
in the studio. Want one?

I had several dates booked with more commitments pending, but they got cancelled, and, long story short, I never did one gig of the, ahem, Never Surrender Tour. Perhaps I'll get a new postcard printed up that says, "The Total Surrender Tour of 2021".

Actually, not a bad idea. But, we'll soon see. I remain hopelessly optimistic.

“The good thing about being a pessimist is that I'm either always right, or pleasantly surprised.”