Return with us now to those chilling days of yesteryear when men were men and the women knew their place. 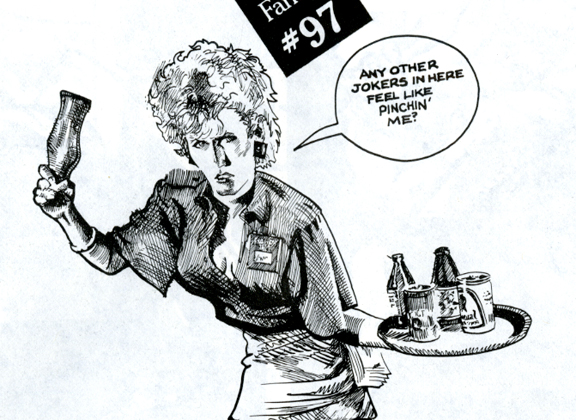 Well, some of them did, anyway. The point being, the world was so much different when I was growing up. For example, when I was just a lad I got a perverse kick out of reading a certain geezer's history column in the Arizona Republic.

Every Sunday Roscoe would tell stories about outlaws and lawmen in the Old West. Of course I loved that, but what was so incredible about Roscoe was, from time to time, he would say something like, "When I met the head of the Arizona Rangers in Bisbee that afternoon, he informed me the Blackjack Christian gang had already departed. . ." 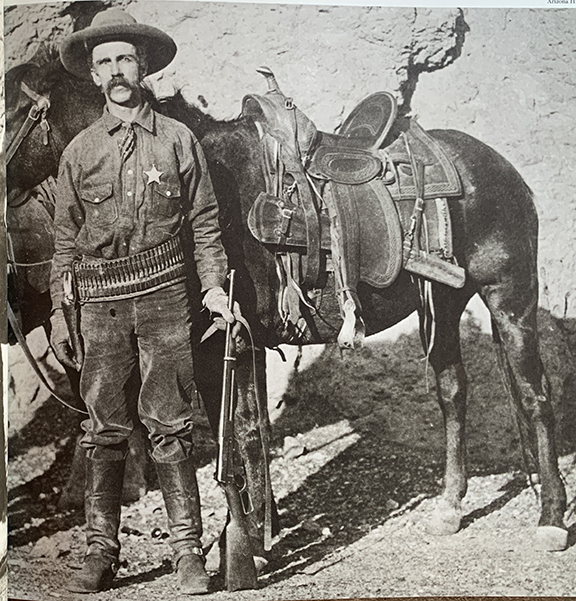 It was just kind of crazy to me that he was so old he was doing first person history! I wondered how someone could live that long and still be, you know, actually alive!

Meanwhile, back at the Triple B Ranch

Looking through my archives yesterday, I found some pretty sweet, historic shots. Here's a couple cool photos of a landmark Kingman restaurant back in the day. 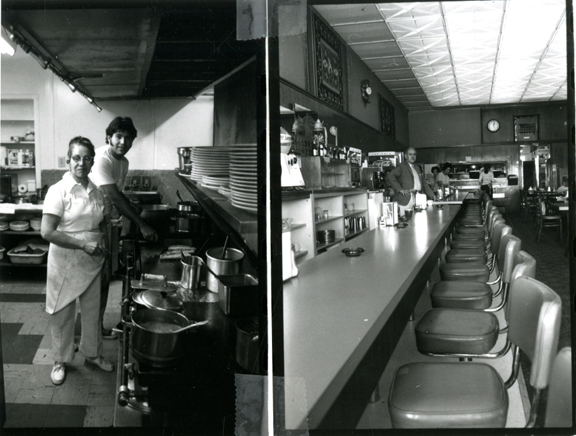 I took these photos for a feature we did in the Razz Revue on classic Arizona Mexican food cafes.

Meanwhile, here's a pretty sweet shot I took of horses tied up outside the Mine Shaft Restaurant And Bar in Cave Creek. 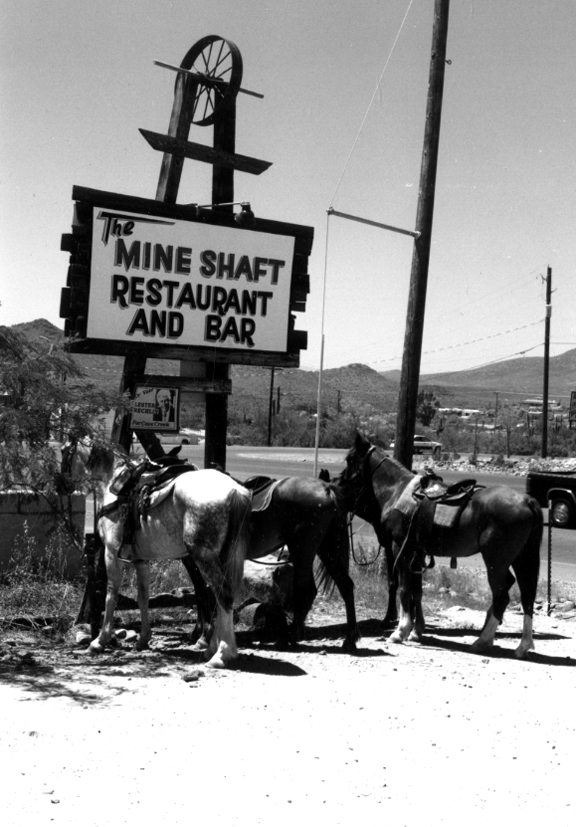 And here's Jim's Full Serve, also in Cave Creek, when it actually was a full service gas station. 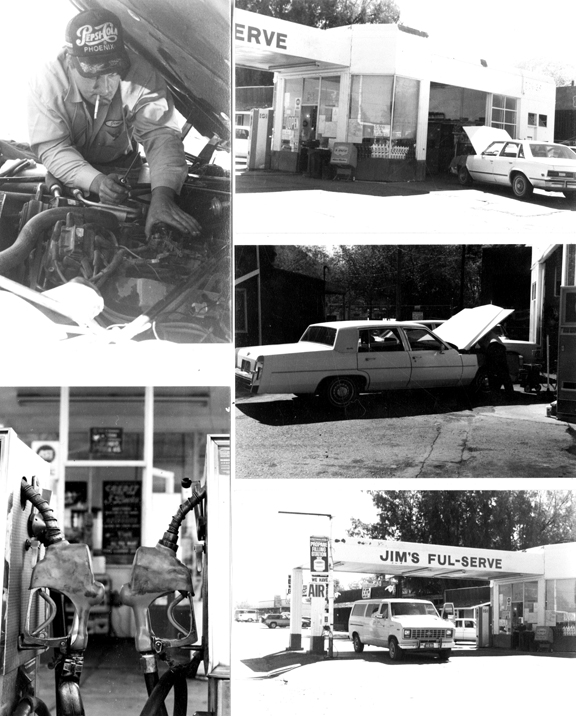 Yes, that's an actual photo of Jim working on a car while smoking. 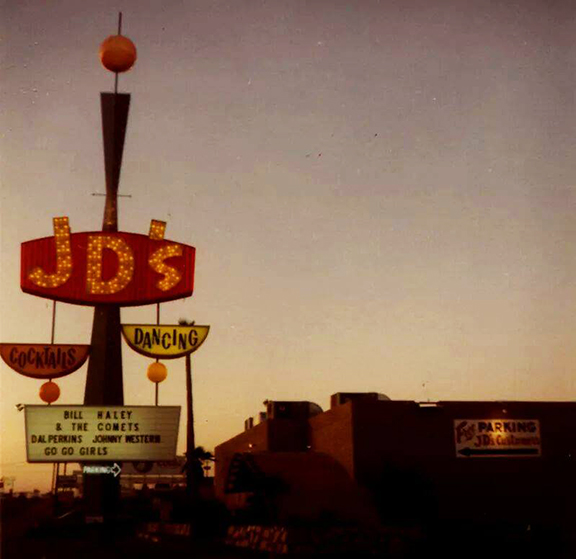 On a chilly winter night, I stood in line at JD's with Renee Prefontaine until midnite, which was the exact moment I turned 21—December 19, 1967. My driver's license suddenly gave me access to the last set of the night: Waylon Jennings. All during the excellent set, he kept givng his drummer a hard time. First for being from Bagdad, and second for having "long hair." It became a running joke. Waylon said at one point they were going to take him out back and "give him a haircut." Like me, the drummer had a modest Beatle cut, barely over the ears, but this was a contentious issue in those contentious times. Waylon, of course, would later sport even longer hair, but at this stage he was still sporting the slicked back Nashville look.   Afterwards I bought a glossy photo of Waylon and asked him to sign it for me. He did and as I stood there, I asked him why he gave his drummer such a hard time and he laughed and said he was just "joshin'," and that Richie Albright was actually his "right-hand man." Jenning's first album, was named after the club, "Waylon Jennings At J.D.'s" and later writers give credit to the Bagdad drummer for giving Jenning's the rock-tinged outlaw sound that became a staple of Outlaw Country. Bagdad is south of Kingman and my uncle worked in the mine there so I always considered Richie a country cousin and a hometown hero. He died this week at 81. 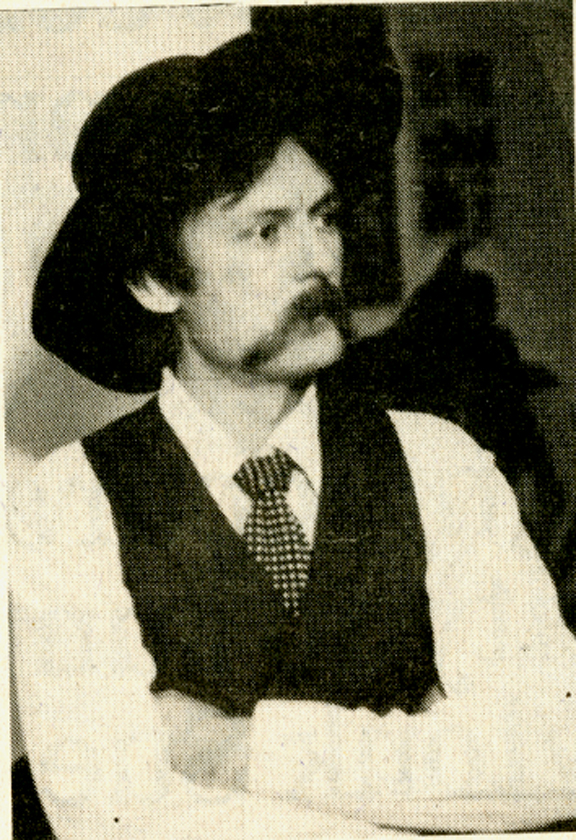 BBB in the Old Days
(note hair over the ear)

I just realized with this post I have joined the Roscoe G. Willson First Person History Association.

"I knew he was going to be big. I was just there for the ride, man."