Here's a good question. How come none of the bad guys, or good guys, in a Western, ever look like this? And why don't we see horses like this? 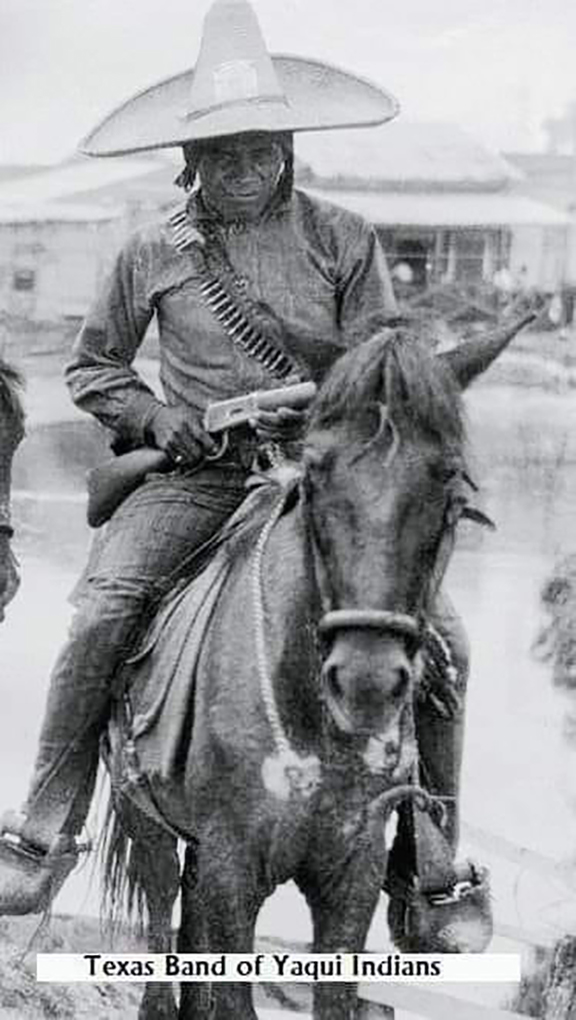 Yaqui In The Saddle Again

It's dang authentic and yet, it's always ignored, or rarely used. Not sure why when it's so obvious and cool. Actually, I do know why. When movie companies get horses or costuming they go to one person. In the case of the horses it's invariably some ranch guy who has a bunch of modern quarter horses and so everybody ends up riding the same kind of modern looking horse. The only time in memory when this was not the case was in "Lonesome Dove" when Tommy Lee Jones brought one of his favorite polo ponies and rode "The Hell Bitch" to great effect. Jones' polo pony was small and feisty (like the Yaqui hoss above), the opposite of what Robert Duvall and the rest of the actors rode. The disparity gave the show it's wonderful diversity, at least as it relates to horses.

Blast From The Past!

Arizona Driving Courtesy Tip #57: when the temperature hits triple digits, people driving with their windows down get the right-of-way. For whatever reason they do not have air conditioning. For your own safety, DO NOT CUT THEM OFF in traffic. 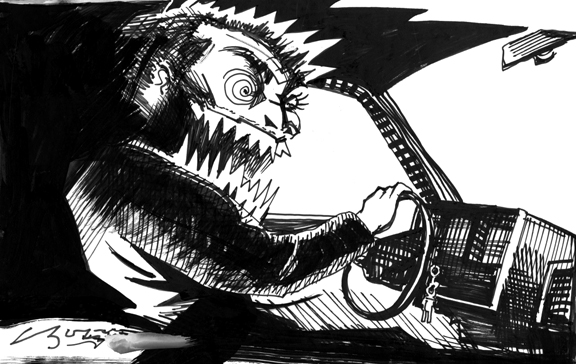 Daily Flashback Whip Out:
"Windows Down, Stay Clear"
My Fellow Redundant Americans
There are several place names in Arizona that are doubly ridiculous. I speak of Picacho Peak and Table Mesa. In Spanish picacho means peak and mesa means table. So, I think we get the message. Once is apparently, not enough. 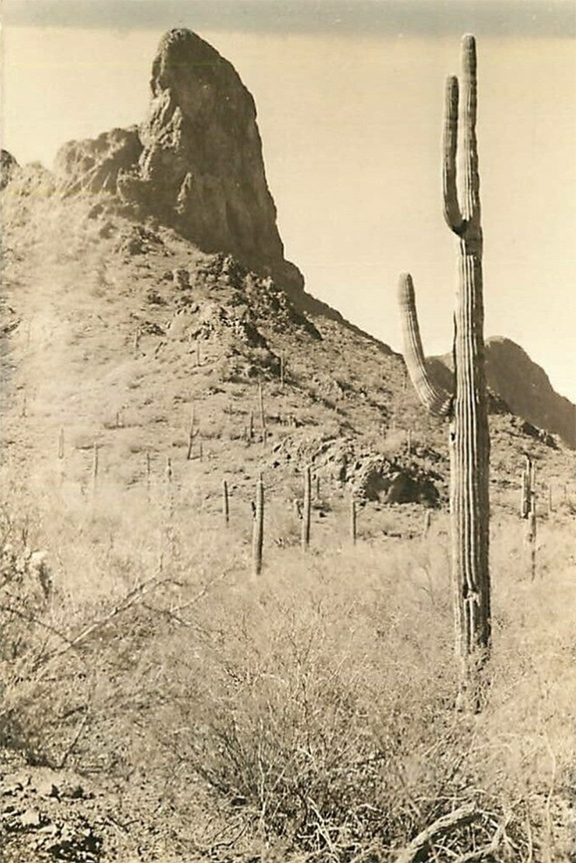 Tucson Peak, 1930s
(renamed by my crazy American compadres
as Picacho Peak, or literally, Peak Peak)
Still tweaking my take on the accuracy of the swearing in "1883." I may add this little bon mot.
"When the French swear, do they say, 'Pardon my English'?"
(P.S. bon mot is French and means literally "good word.")
Posted by Bob Boze Bell at 7:16 AM