Well, how about this. I posted this photo yesterday with the question who, when and where, and in a matter of minutes, a band mate and a history mate had the answers. 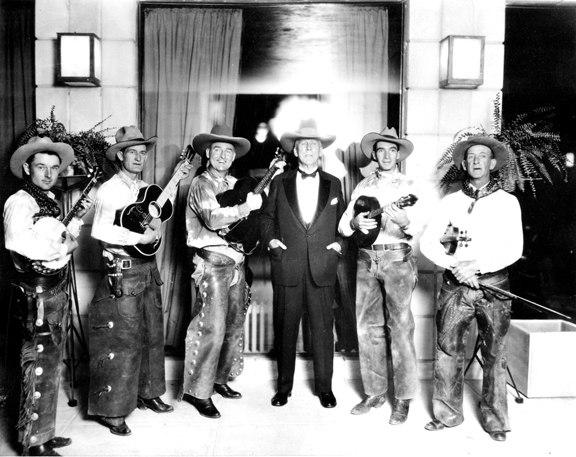 "The picture is of Romaine Lowdermilk and the Arizona Wranglers. Photo taken at Biltmore Hotel during winter of 1929-30. Left to right: Charles Hunter, J.E. Patterson, Lowdermilk, Edward V. Price (in tux), Laverne Costello, Charles English. The group sans Lowdermilk moved to L. A. and were very successful. Lowdermilk owned and operator of (possibly) the first dude ranch in Wickenburg the Kay El Bar. He wrote short stories and some excellent cowboy songs. Romaine Lowdermilk came to AZ in territorial days and cowboyed up on the Arizona Strip. Later he was the first statewide radio singing Cowboy."

"The photo of the cowboy band in your latest post is the Arizona Wranglers, perhaps best known for their recording of "The Strawberry Roan."
—Mark Lee Gardner
https://www.youtube.com/watch?v=D1L0YvBYypg

This is such a joy to me. To know the right guys to get the answers like this. People compain bitterly about social media and Facebook, but this is one of the benefits. The almost instant response and answers to today's pressing questions.

Speaking of which, I always seek out stories about others in media to see if I can glean advice, or, better yet, avoid pitfalls in the often snakepit profession I am in. It was in this vein that I read the obit for Grace Mirabella, the former publisher of Vogue and Mirabella. The New York Times obit of Grace—she died last week at age 92—was full of glowing accolades about how impactful her editing leadership was and how she changed the fashion industry. Then in the last part of the obit we get this: "Ms. Mirabella left the magazine in 1996 to lecture and write. Mirabella, which never turned a profit, folded in 2000." A former editor said she thought Mirabella "might have been missing a certain editorial levity and might have lacked some of the fun of glossy magazines." Then, the kicker: "It didn't feel like it had that joy."

And, so, the joy I feel from Mark Lee Gardner and Greg Scott identifying that great photo, above, is the glue—and the fairy dust—that keeps True West alive and kicking.

One last piece of joyful irony. The legendary Valley Musicologist, Johnny D (John Dixon), had me illustrate a CD he produced of Romaine Loudermilk's best tunes and I believe I used the above photograph to paint him. 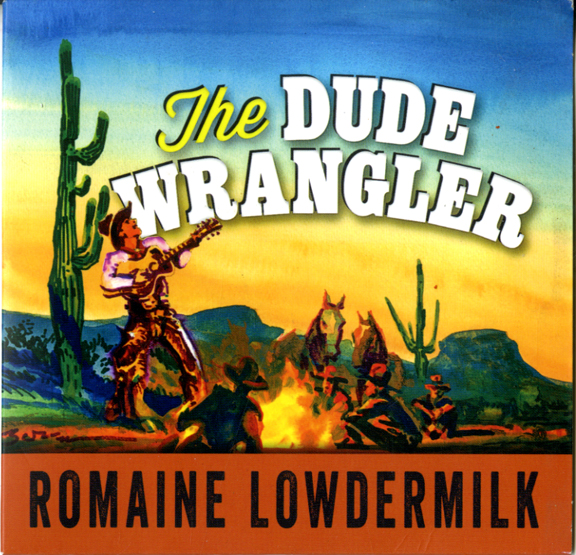 BBB Has A Scattershot Memory

"Work is only work, if you'd rather be someplace else."