Nothing Is Gone Forever?

Yesterday, I rode in the Wickenburg Gold Rush Days Parade (Full disclosure: I actually walked). Beautiful day, great crowd. Handed out 11 boxes of True West magazines and then hung out at the True West table outside the train depot with Our Man On The Ground, Steve Todd, of Albuquerque, who drove over to do the event. 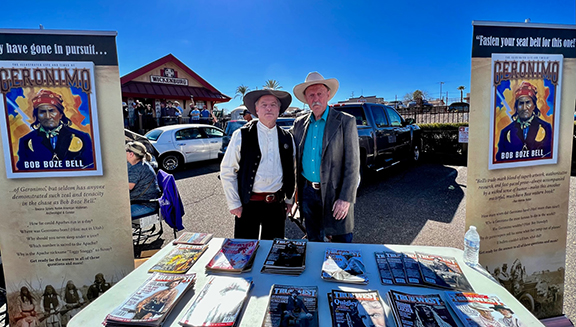 Our Man On The Ground, Steve Todd

Had a very groovy wagon and help from these two: 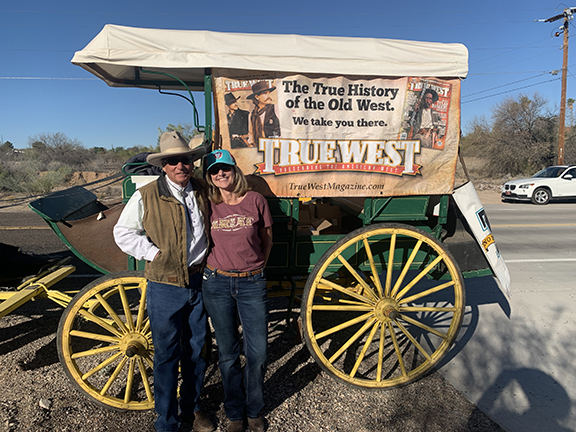 Greg and Lucy beside the True West wagon 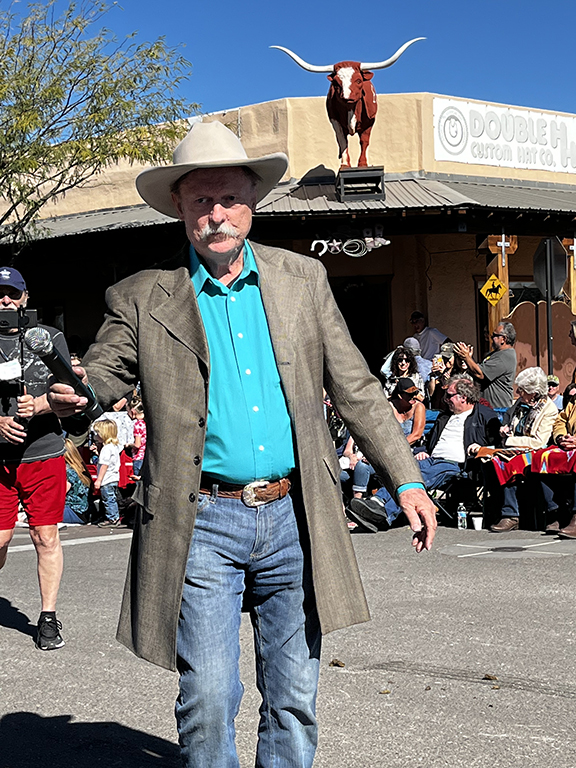 BBB Captured Beneath the Bull
(photo by Julia Macias Brooks)

So many things that I believed were solid when I was growing up are gone. Central Commercial is gone. Paradise Valley Mall is gone. Mr. Lucky's is gone. And, finally, Nothing is gone—again.

Nothing Is Gone Forever? 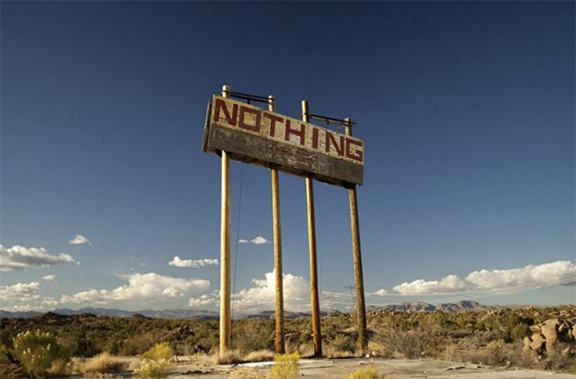 The ghost town of Nothing, is on the edge of Mohave County, between Wickenburg and Wikiup, on Highway 93. It was founded in 1977 with a gas station and store, abandoned, then restarted and abandoned again. A town sign proclaimed:

"Thru the years these dedicated people had faith in nothing, hoped for nothing, worked at nothing, for nothing."

It's all gone now, except for the sign clinging to sagging posts, but I always smile at the absurdity and the humor of the place every time I drive by on my way home.

I don't believe Ringo's death was suicide. I met a lady about four years ago at one of my Vendetta Ride presentations at Ringo's gravesite. She pulled me aside after the presentation to tell me her family has lived in this area for about 150 years on Turkey Creek Road, which was used by the cowboys to get to and over the Chiricahua mountains and into Mexico with cattle. Johnny Ringo was also known to have a female companion out by Apache Pass. When it got hot from being on the trail all day Ringo would stop at his favorite spot to rest himself and his horse, and to cool off in the creek under the shady tree. Rumor has it that it was the property owner who was sick and tired of Ringo trespassing on his property, and he shot Ringo. The other part of the rumor was that Ringo was having an affair with the property owner's wife, and the property owner shot him and tried to make it look like a suicide to protect himself from being prosecuted.
—Gene "Rock" Kurz
Sedona, Arizona
"I don't care what is written about me, so long as it isn't true."
—Dorothy Parker
Posted by Bob Boze Bell at 11:06 AM