The Two Keys to Good Storytelling

Turns out, there are two basic keys to great storytelling.
1.) Withhold key information until the end. 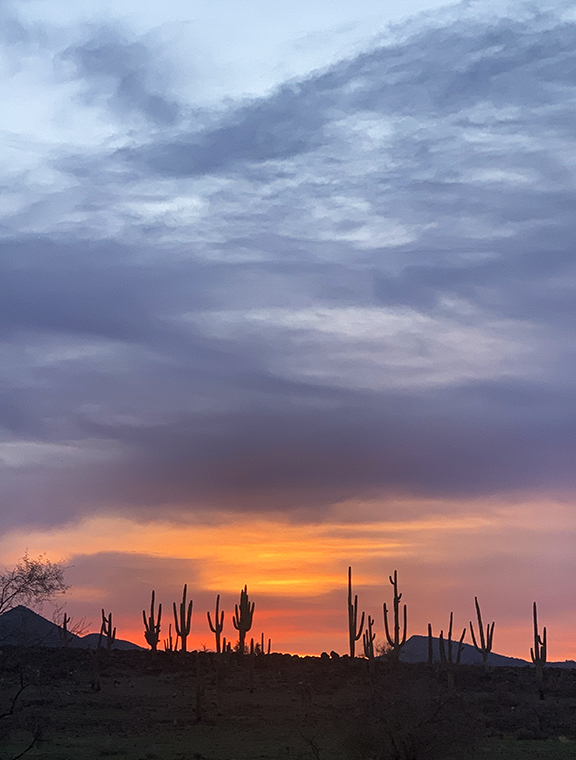 Name that ridge.
Here is a good example:
Seer Samuel
I don't know if you believe in ESP, but let's say you do. Let's say you believe that thought waves travel through air like radio waves. . .or that dreams can predict the future.
Every modern-day psychic and seer seems to remember the first awareness of that gift.
Edgar Cayce was a child when he began to absorb knowledge from books. . .without opening them.
Peter Jurkos' only talent was painting houses. . .until he fell off a ladder. After days of unconsciousness, he awakened to his remarkable abilities. Today his psychic services are rendered to police departments throughout the nation. . .to aid them in the apprehension of criminals.
But this is the story of Samuel. . .a prophet's name if ever there was one. He was born under a comet. . .died under one, too. Some mystics might say that's important.
And, if yu're amazed by his first brush with ESP, just wait ill you hear the rest of the story.
See, Samual was not born in Tibet, but in Florida.
His young life, though exciting to him, was not extraordinary. . .until one night. The night he had a dream.
Samual's brother Henry had shipped out on the Pennsylvania. One day, the ship's captain swore at brother Henry and struck him. As is the inclination of older brothers, Samuel went on board after hearing of the incident and decked Henry's assailant.
Yes, Samual was quite protective, quite fond of his brother Henry. So much so that his hatred for the Pennsylvania's captain survived that impulsive retaliation.
Perhaps his mind was there. . .that night at his sister's house. . .the night he had a dream.
No sooner had Samel fallen into slumber than a picture welled up before his closed eyes. . .a dreadful picture.
It was a corpse in a coffin. . .a metallic coffin, supported by two chairs.
Half wanting to know, half not wanting to know, Samuel, in his dream, slowly approached the coffin.
At his bedside one might have heard Samuel cry out as he turned away, still dreaming from the sight.
For the corpse. . .in that coffin of steel. . .was Henry, his brother. And, on Henry's heart. . .a red rose.
Samuel awakened with a start, sat upright in bed. Tears kissed the darkness as he fumbled for the light, got up, and went to awaken his sister.
He told her everything. About the coffin of metal. About the two chairs. About the red rose. And about. . .Henry.
It was a bad dream, his sister assured him. And they would both forget about it. . .until one sultry mid-June morning. . .
The Pennsylvania was docked, was loading wood. . .when four of her eight boilers exploded.
The Pennsylvania.
Henry's ship.
Her front end was blown away, and in a disaster comparable to a jet-plane crash today, a hundred and fifty lives were lost.
Brother Henry was among the less fortunate who lingered and, scalded beyond recovery, suffered terribly for six days.
Each of those days and nights, Samuel sat beside him. When it was over, for the first time in almost a week, he slept.
The next day, Samuel went to the room where the bodies of the dead awaited burial. Each in a coffin of unpainted wood.
Except one.
Those who held the deathwatch with Samuel had so admired the gentle, gallant young Henry, who had suffered so. . .that they had collected sixty dollars and bought for him a metallic casket. it sat supported by two chairs.
As Samuel stood beside his brother, seeing that awful dream materialize in every detail but one. . .an elderly lady entered the room and placed on the breast of the dead brother. . .one red rose.
Now, whether Samuel was really a seer, I'll leave that up to you.
But if dreams of the future continued to come true, that side of his life has been obscurred by a perhaps greater gift.
For seer Samuel, born under a comet, was born in Florida. . .Florida, Missouri.
The steamship Pennsylvania. . .was a riverboat.
And the lad who had the bad dream come true, Samuel Clemens you know. . .as Mark Twain.
Huh? Now THAT's how you withhold information and make it compelling. Notice how he gives several false clues: he makes the point that Samuel was not born in Tibet but Florida. At the end of the strory he owns it and says it was Florida, Missouri. A clever little subterfuge to hide the fact that if he said Samuel was born in Florida, Missouri, up front, fans of Mark Twain, like myself would have figured it out, but by creating a "red herring" he throws us off the trail and by extension, hanging on his every word. I don't know how someone gets this smart. I can only marvel at the genius of it.
2.) The second tenet of good storytelling is to know when to pause for effect, and few have ever been as brilliant about withholding information and pausing for effect than the one—the only—Paul Harvey.
And now. . .you know the rest of the story.
You're welcome.
"History doesn't repeat itself, but it does rhyme."
—Mark Twain
Posted by Bob Boze Bell at 3:57 PM