Thanks to my son, I have returned to "The Underdogs" by Mariano Azuela, which is a brutal, eloquent, disenchanted, first-hand-take on the Mexican Revolution. Azuela was a country doctor who became a medical officer and served under Carranza and Pancho Villa, and he began his novel while still in the service (1915). So the scenes and exchanges he writes about have an intimate, he-was-there authenticity. Here is just a taste. Officers and soldiers—one of them named Towhead Margarito— are in a cantina when the confessions begin:

"I killed a woman in Torreon 'cause she didn't want to sell me a plate of enchiladas. There was a big ol' argument about 'em. I didn't get to eat what I wanted, but at least I calmed down.
"'I killed a shopkeeper in Parral 'cause he slipped two bills from Huerta in with the change,' said another man with a small star, his blackened, calloused fingers glittering with jewels.

"I killed a guy in Chihuahua 'cause I always ran into 'im at the same table at the same time whenever I'd go in to eat lunch. . .He really annoyed me! What do ya want?"

"The theme is inexhaustible."

—Mariano Azuela, "The Underdogs" which in Spanish, Los de Abajo  means "those from below" and that gives it a double meaning. 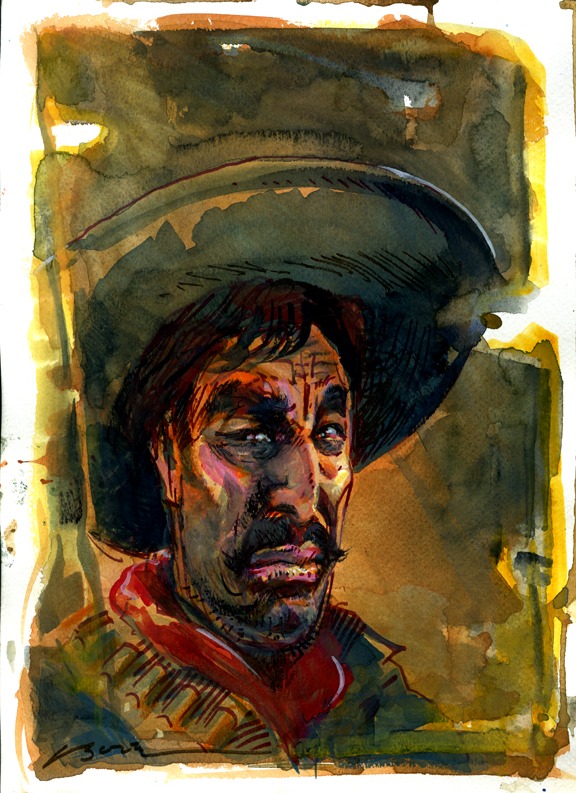 And, speaking of great stories about Mexico:

One of the most well-known lines from a classic Western film is widely misquoted. In popular culture the famous line becomes, "Badges? We don't need no stinking badges!" 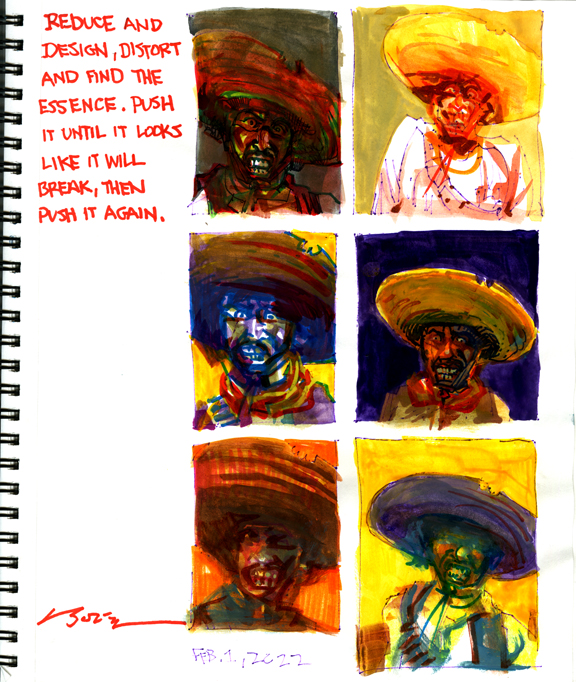 Daily Whip Outs: "Badges! (Pushed)"
Actually, in the 1948 classic "The Treasure of the Sierria Madre", the Mexican bandit leader (Alfonso Bedoya) tries to convince Fred C. Dobbs (Humphrey Bogart) that he and his men are Federales. Dobbs asks, "If you're the police, where are your badges?" And the bandit replies, "Badges? We ain't got no badges. We don't need no badges! I don't have to show you any stinkin' badges!" 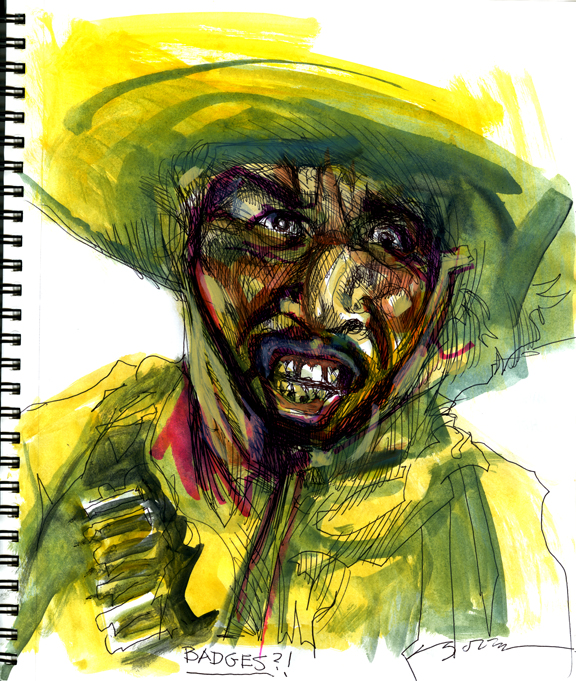 In the 1927 novel of the same name (on which the movie is based), the bandit says, "Badges, to god-damned hell with badges. In fact, we don't need badges. I don't have to show you any stinking badges, you god-damned cabron and chinga tu madre!