June 24, 2010
Robert Ray came in my office and asked me if I have read the article for the next issue about the English couple hiking up to Fort Bowie last September and as they were ambling along (it's a mile from the parking lot to the fort site), all of a sudden, up on a ridge they spied U.S. cavalry making their way along. They just about dropped in their tracks, it was so surreal. Turns out it is a cavalry group that annually reenacts the shipping of Geronimo back east in 1886. Chris Zimmerman, is that your group?

Speaking of Chris, here are some of my sketches poached from his photos of the group in action: 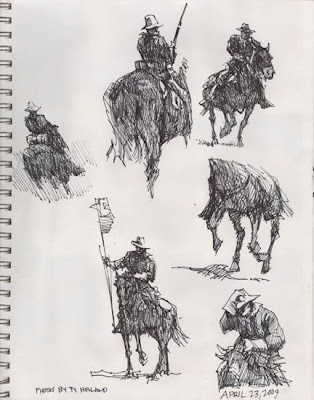 Yes, the photos were taken by Ty Holland. Meanwhile, here is another stab at cavalry and Tom Horn: 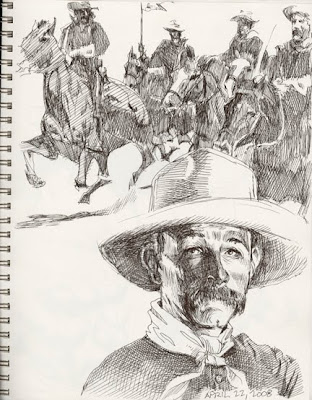 And here are a couple more buffalo soldier studies: 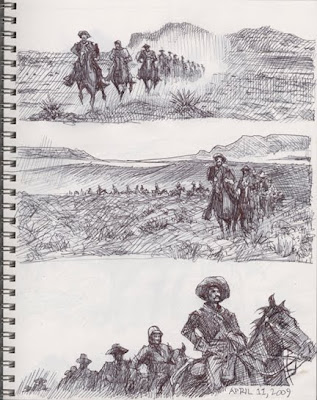 "Victims say "We have no heroes anymore' but that's ot true. If we would open our eyes, we would see more heroes than ever before. The first one each day is right there in the mirror."
—Steve Chandler
Posted by Bob Boze Bell at 9:42 AM