June 7, 2010
Went home for lunch and worked on the big Digging Up Billy painting. Worked about an hour then came back to the office.

While I was in Mexico I was inspired by a couple of painting studies I actually did before I left. Here's the first one, which was salvaged from my reject pile: 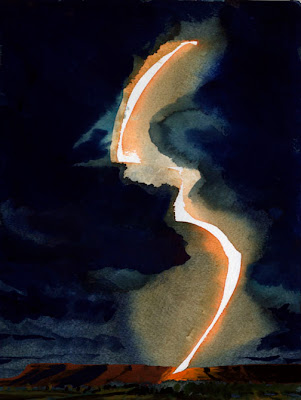 This led to the line, "It fell out of the sky and landed atop Skull Mesa". From there I whipped out this image: 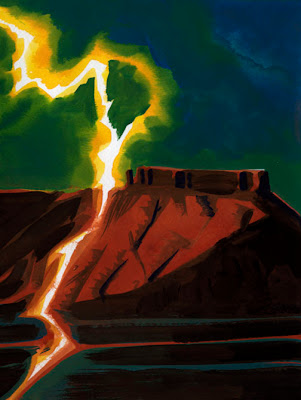 It's called the "Protracted Landing of El Bastardo." Not bad for a total Ed Mell ripoff. Ha. I did struggle with it though and I know a certain Russian guy will give me props for that:


"Originality and the feeling of one's own dignity are achieved only through work and struggle."
—Fyodor Dostoyevsky
Posted by Bob Boze Bell at 3:47 PM