June 28, 2010
Kathy is on a classified trip to interview soldiers coming back to the states from Afghanistan. Can't even say where it is or what she is doing. Very proud of her. She will be there a month.

We have a design meeting this morning to go over the July and August issues. Our art director, Dan The Man Harshberger is on his way out here even as you read this.

Worked this weekend on an Apache Kid sequence: The Fight In The cave: 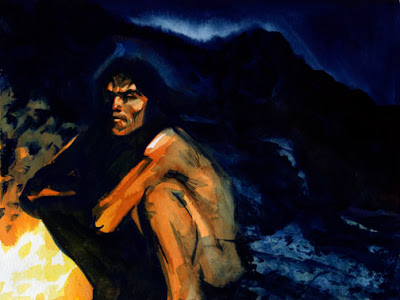 If an Apache sits by a fire with his back to the world it means one of two things: he's contemplating the end, or he's decided his own end. 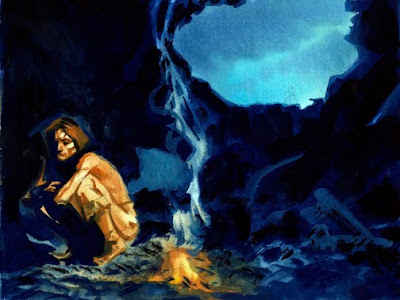 The Apache Kid sits alone in a cave the Yaquis call "Hole In The Sky". He is tired of running, tired of being alone. He knows the fire will give away his position but he doesn't care: 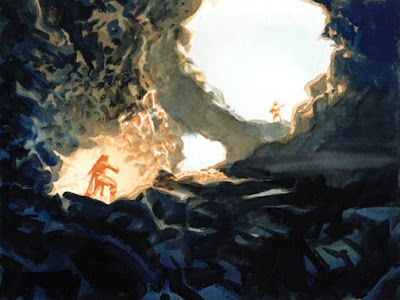 In the morning they appear at the mouth of the cave and he is ready:

"Whatever course you decide upon, there is always someone to tell you that you are wrong. There are always difficulties arising which tempt you to believe that your critics are right. To map out a course of action and follow it to an end requires. . .courage."
—Ralph Waldo Emerson
Posted by Bob Boze Bell at 10:24 AM