December 16, 2016
My friend John Langellier often gets movie gigs because of his expertise on U.S. cavalry gear and history. John was the history consultant on "Geronimo" among many other Westerns. Last week he was on a movie set in New Mexico and the authentic cavalry gear guy on the movie is a well known industry pro who is a big fan of True West magazine. How big? 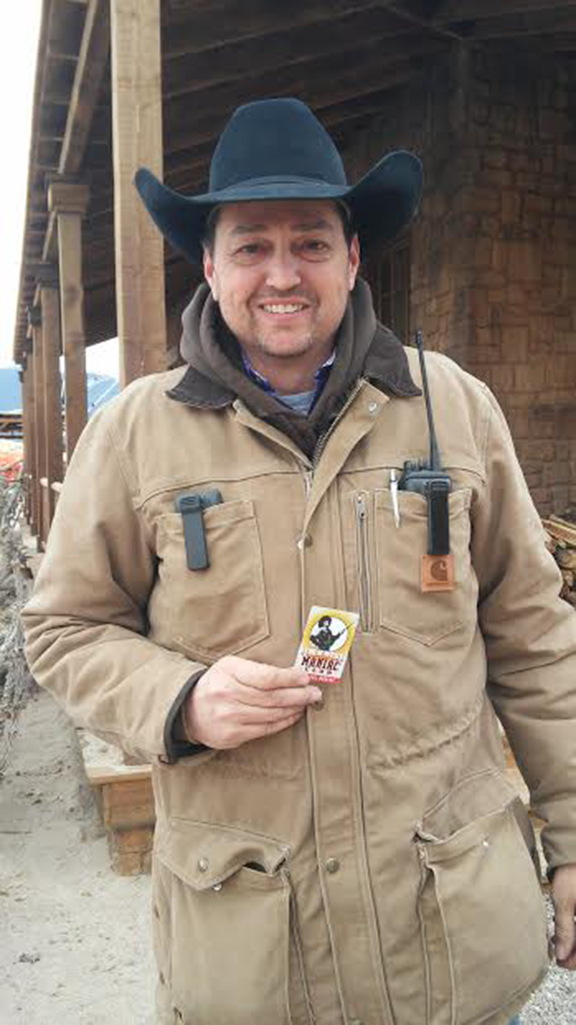 Back when we first bought the magazine in 1999 I realized that the general public was quite fickle about history but that there was a certain breed of cat who is, well, crazy about the Old West and will walk a mile just to see an authentic photo, weapon or Western movie. I actually arrived at this concept when I was testing the waters to see if I should do my first book on Billy the Kid back in 1991. I contacted 21 different publishers and they all turned me down. One of them said, "Just what the world needs, another book on Billy the Kid." However, one of the publishers, Jim Earle, liked the idea but balked at doing color (see his quote, below).

Thanks to Carole Glenn and R.G. Robertson, among others, we launched the True West Maniac Club and offered lifetime subscriptions for the first 1,000 who signed up. David, above, was one of them, and to this day he carries his card in his wallet to flash when he needs to show off his street cred.

Currently there are several thousand Maniacs out there (I will get the actual number) and I want to acknowledge and honor you all. Please send me a photograph of yourself holding your card. And please include your number.

"There are 5,000 maniacs out there who will buy anything that has to do with the history of the West."
—Jim Earle, publisher, Early West Books, College Station, Texas