Another Custer, Another Cody, Another Race to The Death

March 13, 2017
Took another swing at a scene for an episode in our mule extravaganza issue: Custer thought his thoroughbred could best Cody's mule in a 65-mile run. He was dead wrong. 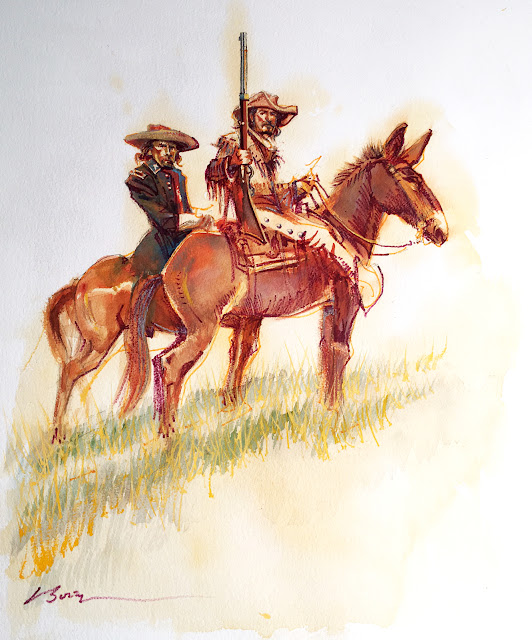 Daily Whip Out: "Cody vs. Custer: A Race to The Death" 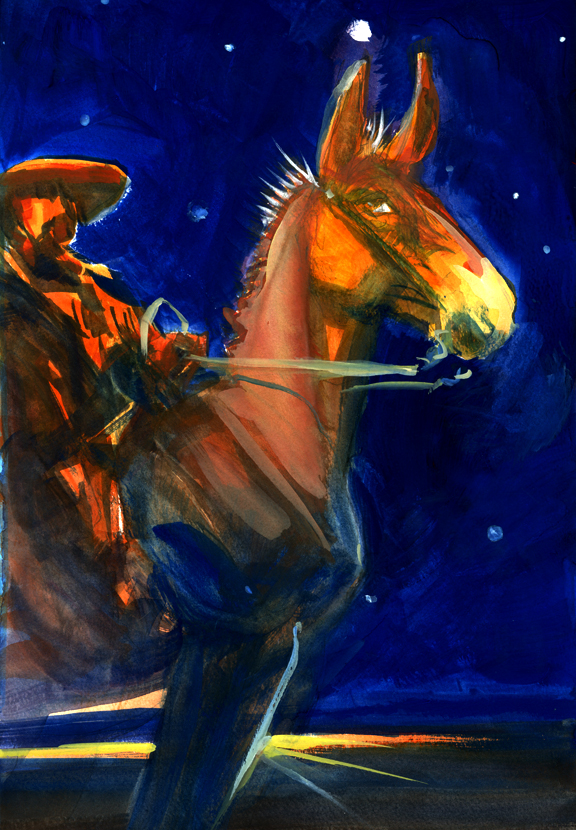 Daily Whip Out: 'Mule Lights Up The Night" 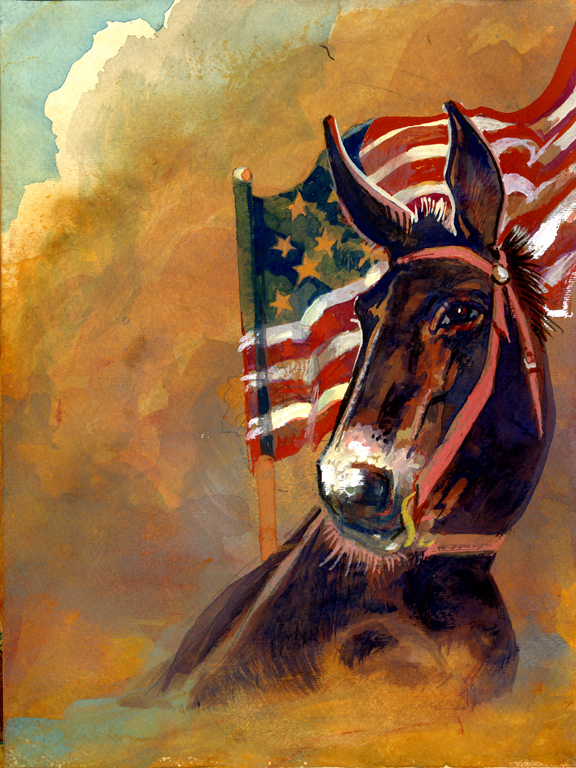 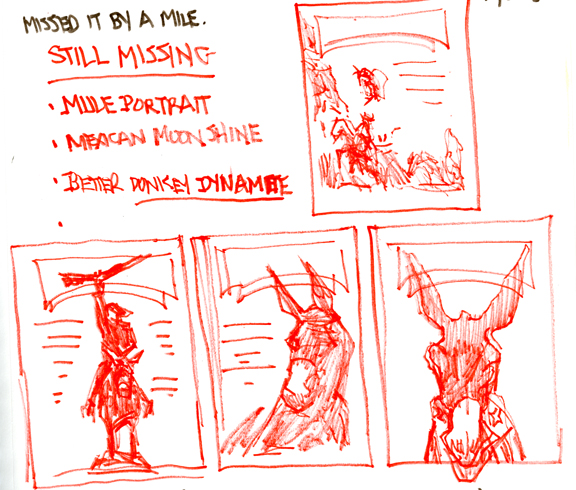 Daily Whip Out Cover Sketches: "Missed It By A Mule Mile" 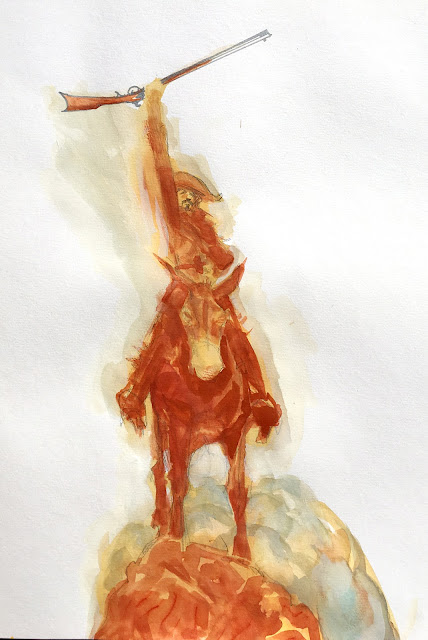 Daily Whip Out: "Sitting On Top of The World"

Question From A Friend:
In the March 2017 issue on page 44 "To the last Man," BBB quotes one of Tewksbury's clan telling James Stinson that he has been 'BULLDOZED' long enough. How would the Tewksbury man known about a thing "Bulldozer" decades before it was invented? Since I've never known Bob to be wrong I'm sure there is a good explanation.
—Allen Fossenkemper

Answer From A Friend:
In the beginning “bulldozers,” however, were violent bullies. The word “bulldoze” appeared during the year 1876 which had the root meaning “bull dose”. ‘Bull dose” meant to beat someone in an extreme cruel and brutal. In other words it meant giving the “dose” of lashing and whipping as one whips a bull.
There were racist bullies and rowdies who used to terrorize African-Americans after Civil War South. They used to spread terror and often killed many people brutally. These thugs came to be known as “Bulldozers” or “bull-dosers” around 1881.  Even a pistol was also named “bulldoser”. Californian bull-doser is a pistol which carries a bullet that is so heavy that it destroys human life with all the certainty.
Slowly “to bull doze” began to be used in the form of a verb and became synonymous with “to intimidate with a great force”. “Bulldozer” was used as a label for anything that “gets the job done,”. Soon “bulldoze” became metaphorical in usage. Even in the present times it is used to mean “push through” or “oppress” or  “overpower”.
—Mark Boardman