March 6, 2017
Thanks to the genius of editor Ken Western (since retired) at the Arizona Republic, I was assigned a weekly cartoon feature on the history of Arizona. This was a lead up to the Arizona Centennial (1912-2012). The first True West Moment ran on March 7, 2010. 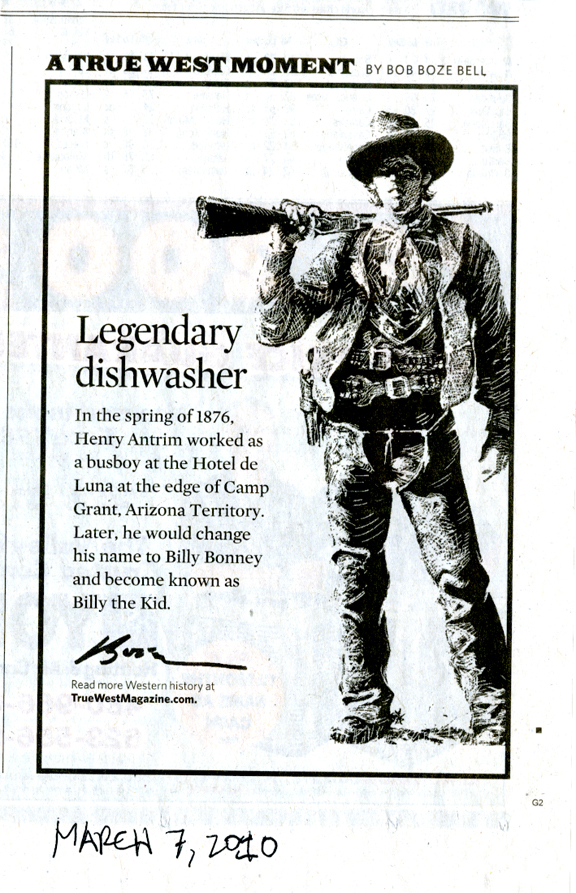 Just got word the Arizona Republic is discontinuing the feature because of "space issues." In the past seven years, 330 of them have run, first on the editorial pages, then in the feature well, and finally, in the community section. 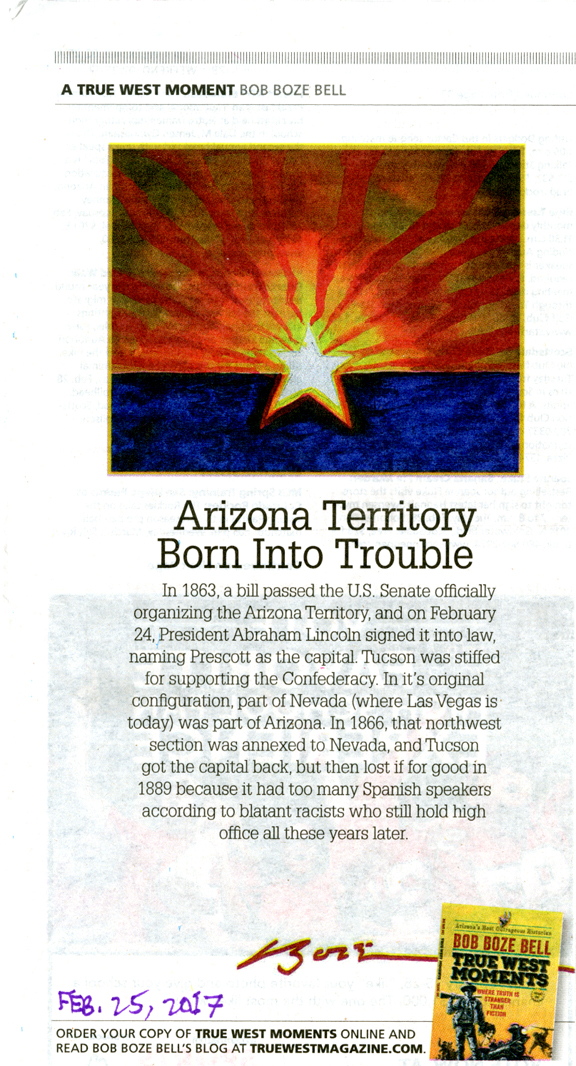 Not sure if it's connected, but got this email over the weekend:


Regarding AZ Territory Born into Trouble:
"The Statement you wrote, 'Tucson got the Capitol back, but then lost it for good in 1889 because it had to many Spanish speakers according to blatant racists who still hold high office all these years later."
"I showed this article to at least 100 people and most stated that they did not know you were a sick leftist and wouldn't believe anything again you authored. Sick evil twisted Demonrat Party liberals like yourself disgrace this once great nation, I think Trump will change that though now that the Anti Christ is out of the office. In the meantime I will continue to show this hopefully to thousands of people."
—Dr Sardanikis (Joe Johnson)

I sincerely hope you show my light-hearted cartoon about Arizona's precarious road to statehood "to thousands of people." I'm not sure how you came to the conclusion I am a Democrat and a liberal. I am neither. Full disclosure: I am a card-carrying cartoonist who likes to find the humor in this world. I hope someday you find some, as well.
—BBB

"For me, the fact you created 330 illustrations and never missed a deadline stands up there with DiMaggio’s hitting streak."
—Ken Western