March 9, 2017
Worked most of the morning on a spot piece for our big mule package in May. 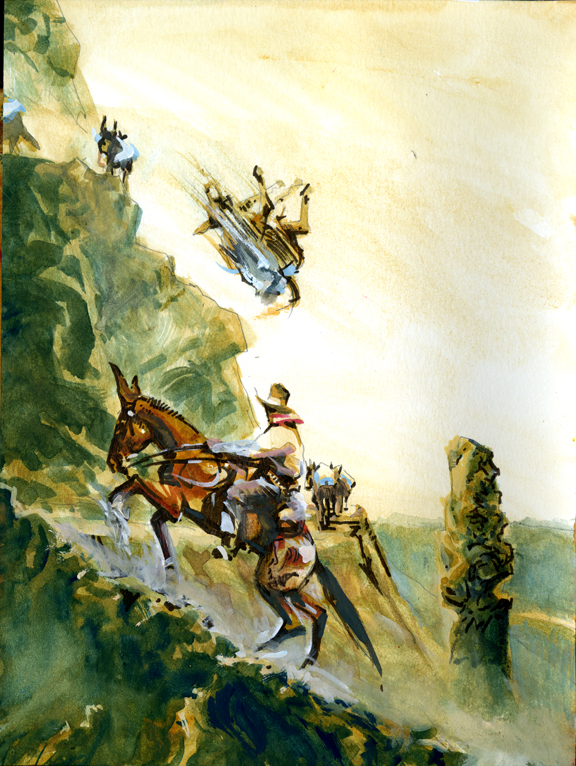 Donkey Dynamite Goes Sailing
In 1890, the Norwegian explorer Carl Lumholtz was traversing the Sierra Madres in Mexico, when he heard a noise above him on the switchbacks. He looked up to see a donkey with its pack on come hurtling past him, "turning over and over with astounding speed." The donkey sailed over his head and down to a pillar of rock below him. The donkey hit the base of the pillar, then rolled over twice before coming to a halt. It then got up in the midst of its scattered cargo, which turned out to be dynamite! Two of the Mexican packers scrambled down the slope, replaced the dynamite on the shaken but perfectly fine little donkey and led it up the trail where it pushed on "as coolly as if nothing had happened."

"The American government resembles a burro; but on this burro lawyers will ride, not priests."
—Padre Antonion Martinez, Taos, New Mexico (1860s)
Posted by Bob Boze Bell at 11:16 AM