March 30, 2017
In the old days, when cowboys went to town, there were unspoken rules about proper behavior. For one thing, it was considered bad form to stand in front of a saloon and wave at a friend on horseback because it might spook the horse. Instead, simply raise your chin upwards in acknowledgement. The rider will undoubtably do the same. Enough said. 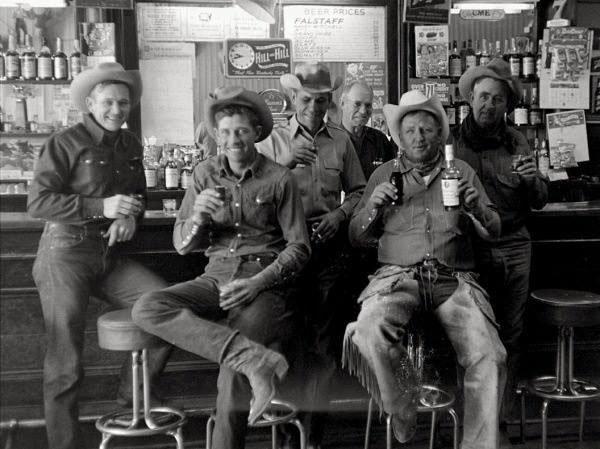 Don't expect these cowboys to wave at you. 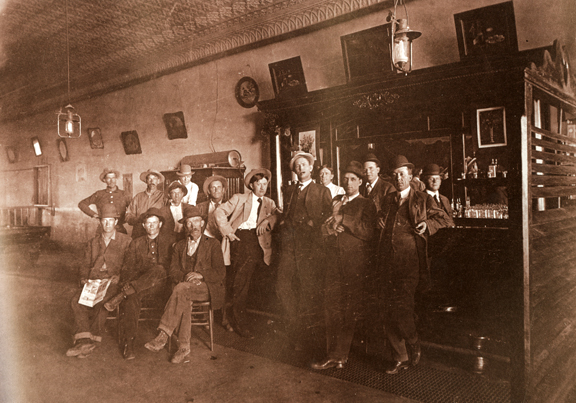 Notice how everyone in this saloon, except the bartender, is wearing a hat, inside. Under no circumstances do you ever touch a man's hat, or attempt to try it on if he takes his off and sets it down. This is bad, bad form and could get you shot. Think about it: would you ever go into a friend's house and rummage through his dresser drawers to try on all the underpants you find there? Well, that's how a cowboy feels when you grab his hat and put it on your head. It ain't funny. It's really offensive. 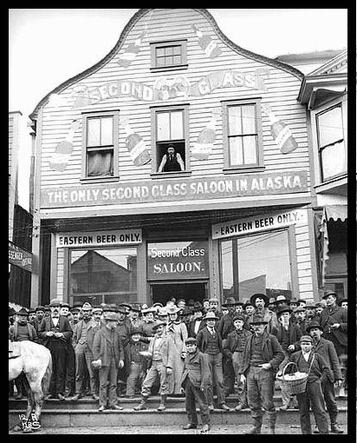 This is Wyatt Earp's saloon in Alaska. Notice how all the men are wearing hats? Don't even touch them. I mean it. Don't be a horse's ass (see at left).

"Walk It Off, Peckerwood."
I played music in honkytonks for several decades and often a bartender, or a bouncer, would tell an angry, tipsy cowboy to "walk it off." It wasn't a request, it was a command. I have a hunch the same thing was true in the Old West. 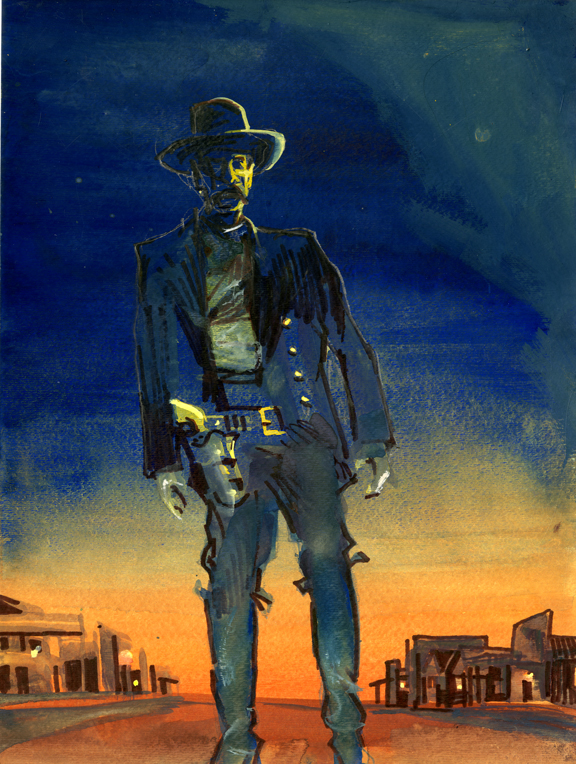 Daily Whip Out: "Walking It Off."

"I can understand your anger at me, but what could you possibly have against the horse I rode in on?"
—Old Vaquero Saying
Posted by Bob Boze Bell at 3:08 PM