Giving People What They Don't Want, Yet

March 10, 2017
It's always tough aiming your efforts at what you think people will want. And, at at the end of the day, most artists are aiming right at that. I know I am. That' where this came from:

Daily Whip Out: "Wyatt In Hollywood: The Last Outlaw Town"

I thought this concept was going to be a book and a documentary, but, in spite of a cover story, it has never gained traction and so, here we are, over a year later and the idea is just that, an idea.

Meanwhile, back in 1977, I whipped this out with little or no intention other than to be be a little risque. 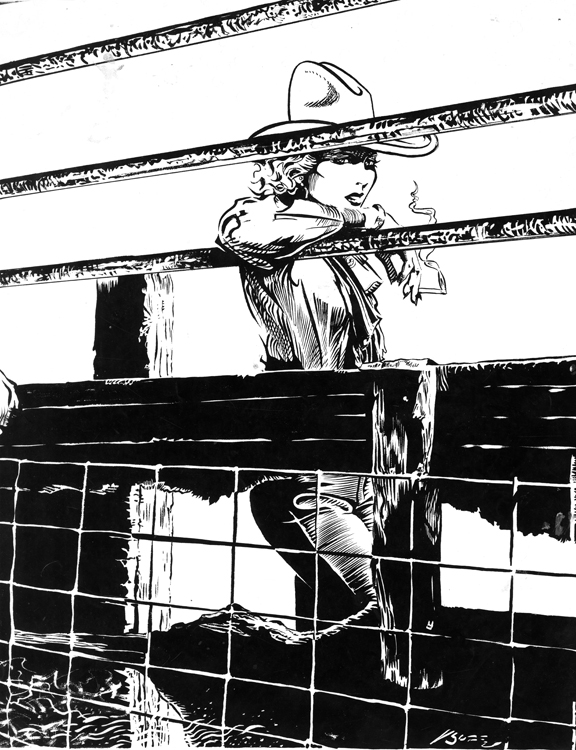 Daily Whip Out: "Honkytonk Sue: The Queen of Country Swing"

And the next thing you know, I had an agent at William Morris and a deal at Columbia Pictures with Larry McMurtry writing a script for Goldie Hawn. So what's the diff? I think Mo knows.

"You don't give people what they want. You give them what they don't yet know they want."
—Mo Willems, Children's book author
Posted by Bob Boze Bell at 2:52 PM