A Belle of Old Fort Sumner And DeGrazia In Hell

March 9, 2018
Found an old, unfinished board in my studio and gave it another go for a piece we are doing on Walter Noble Burns and a lost manuscript. 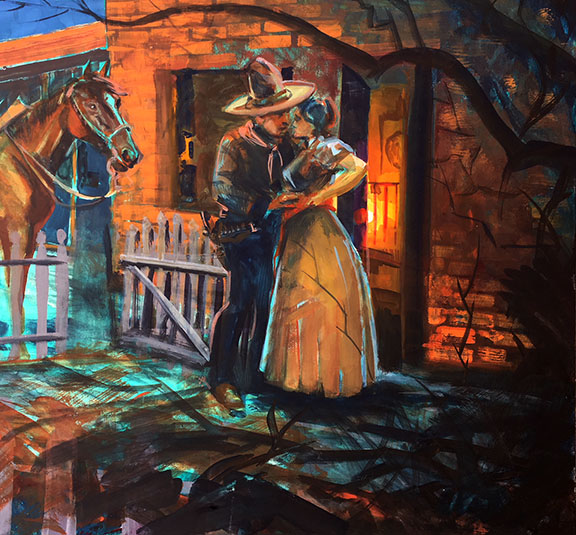 Daily Whip Out: "A Belle of Old Fort Sumner"

Of course, Billy had a "querida" in every plaza, but it was the one at Fort Sumner that did him in. In case you don't know, it was Pete's 15-year-old sister. That would be Pete Maxwell.

I also found this in the garage which dates from my New Times days: 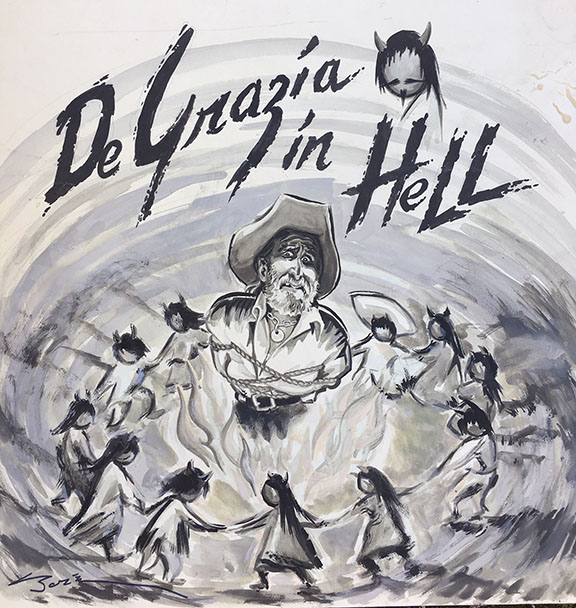 The legendary Mundo Con Queso came into the True West World Headquarters today to pick up a Kid painting he bought. In return, he gave me this little gem which he found in an antique store: 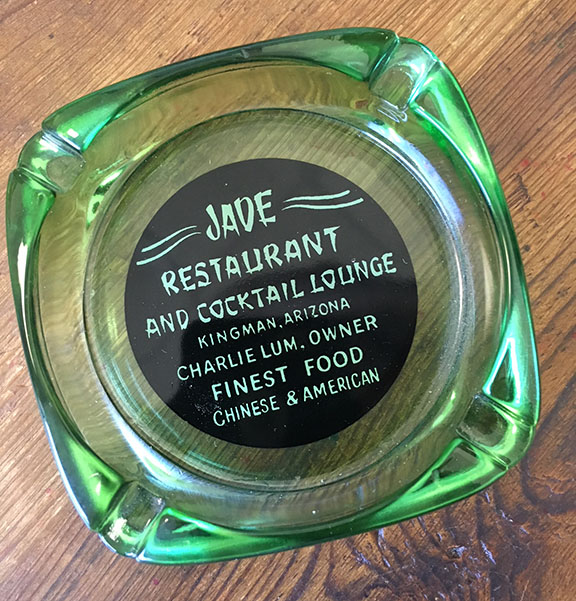