The Cowgirl Code: Honkytonk Sue Lays Down The Law

March 15, 2018
Here's a board that has been sitting in my studio morgue for at least two decades. In fact, Robert Steinhilber did the lettering when he still lived in Phoenix. The actual drawing was unfinished, and this morning I finally decided to fix that and went home for lunch and returned with this: 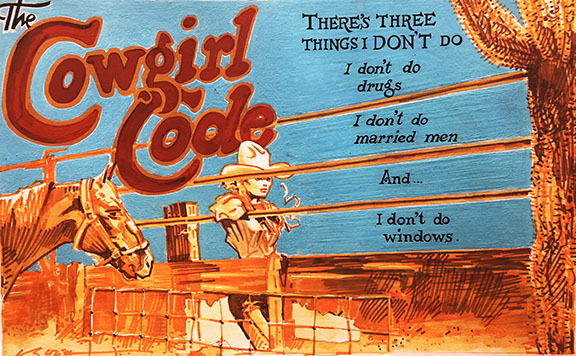 The model for this was Jackie King, one of the prettiest and nicest cowgirls Arizona has ever produced.

More treasures from the garage. Back in the mid-eighties I got an assignment to go to Prescott and do illustrations for Arizona Highways. I found Jay Dusard on his spread and took this photograph of him (as reference for an illustration). 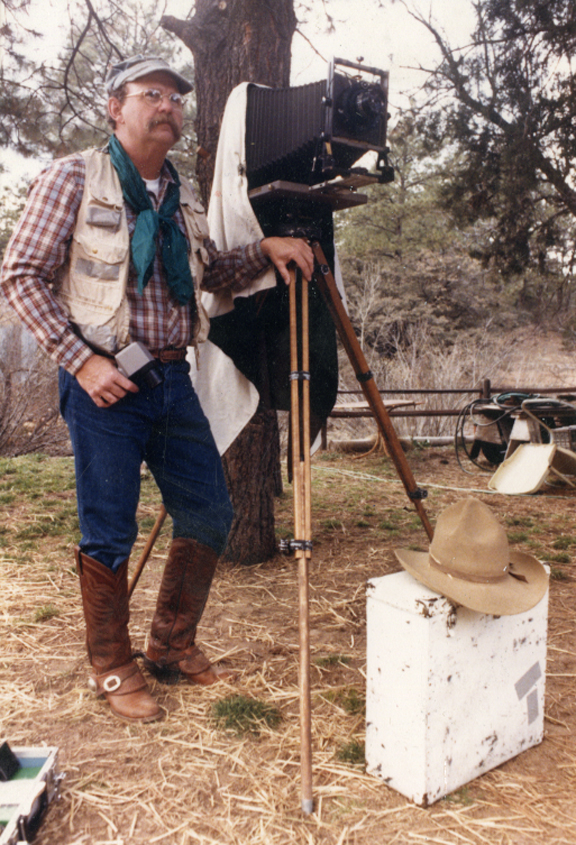 Here's another photo I found that made me smile: 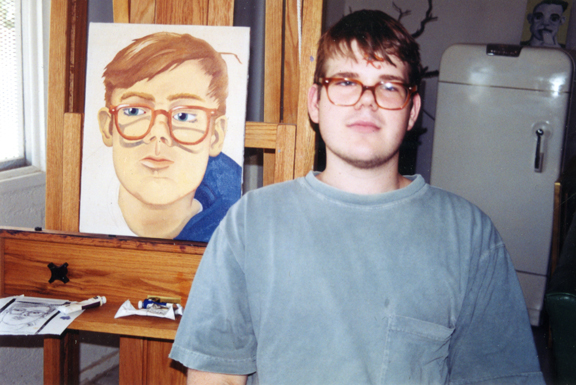 “Everyone seems normal until you get to know them.”
—Old Vaquero Saying