Don Dedera Still Has The Power

March 17, 2018
I had a speech at the Rotary Club in Prescott yesterday and then traveled the back way to Payson to pay my respects to a legendary Arizona journalist, editor and author, Don Dedera. It was his 89th birthday and Marshall Trimble and myself spent part of the afternoon listening to the Man of the hour regale us with old-time Arizona history. 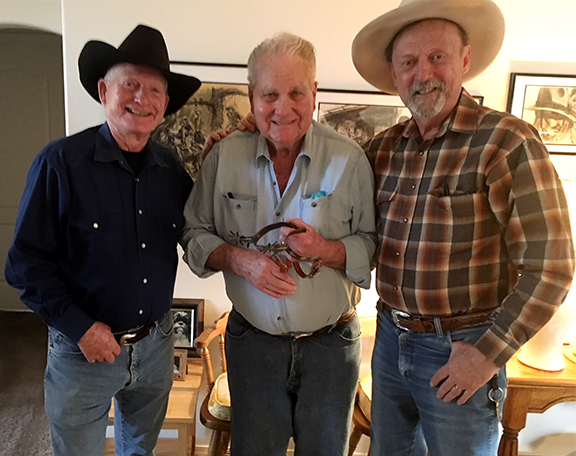 
Don is holding the pair of spurs the Power brothers made for him in prison. Their tragic story will be featured in an upcoming issue of True West. 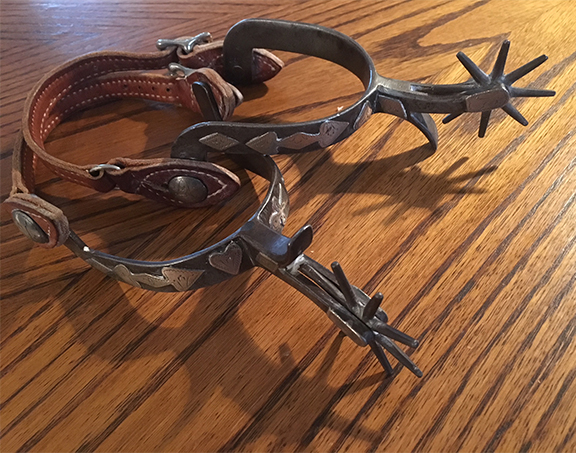 I later told Marsh I felt like we were visiting an old school teacher we admired from our youth. Don is a handful. At one point he said to me, "Where'd you get those ugly boots?" I started to answer, but he didn't want to hear the answer, he was off on another story. I think it's safe to say Marsh and I like to talk, but I don't think we got in ten words between us. As it should be!

Full disclosure: The Power brothers is a story I have avoided telling for the past thirty-five years. I'm not sure why it never connected with me. Perhaps it's the pettiness of the spark that created the disaster—draft dodging! The newspaper at the time screamed, "OFFICERS KILLED IN BATTLE WITH SLACKERS".

At any rate, this is a story I intend to tell with help from Don and a new book out on the 100th anniversary of the killing, "Arizona's Deadliest Gunfight: Draft Resistance and Tragedy at the Power Cabin, 1918," by Heidi Osselaer.

"Two old men, ghosts from the Old West, freed from prison by a crusading newspaper columnist, into a world of freeways, jetliners and space exploration."
—Scott Seckel