August 10, 2018
My son, Thomas Charles, wants to know where he got his jutting jaw and I told him it most likely came from this Norsky guy: 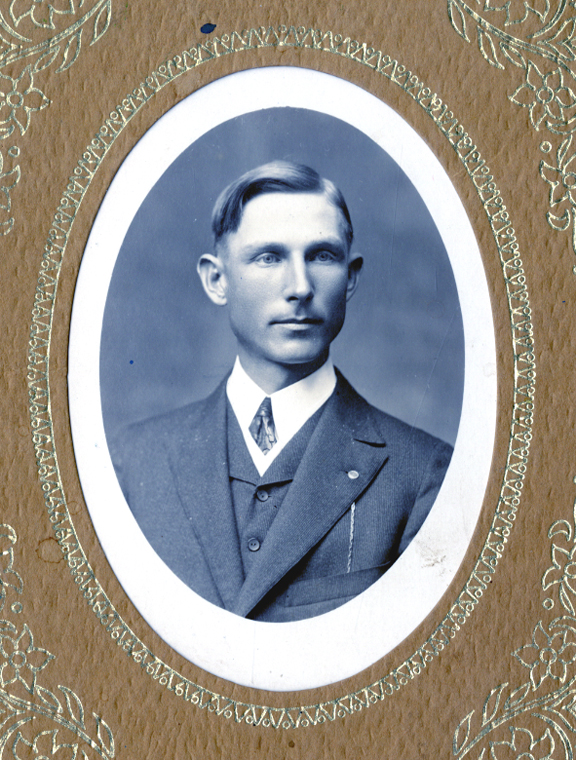 That is my farming grandfather on my father's side, from Thompson, Iowa, who I greatly admire. 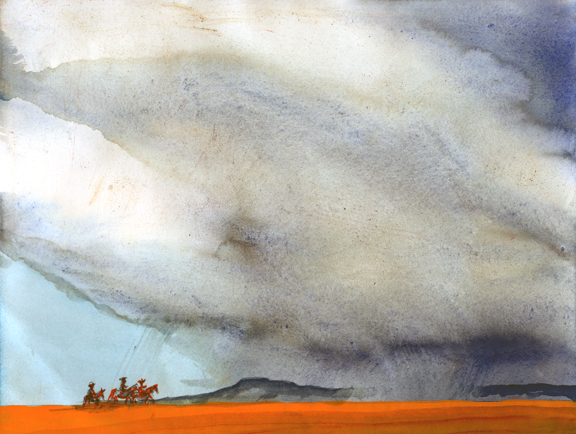 I was going through my sketchbook and found this little gem: 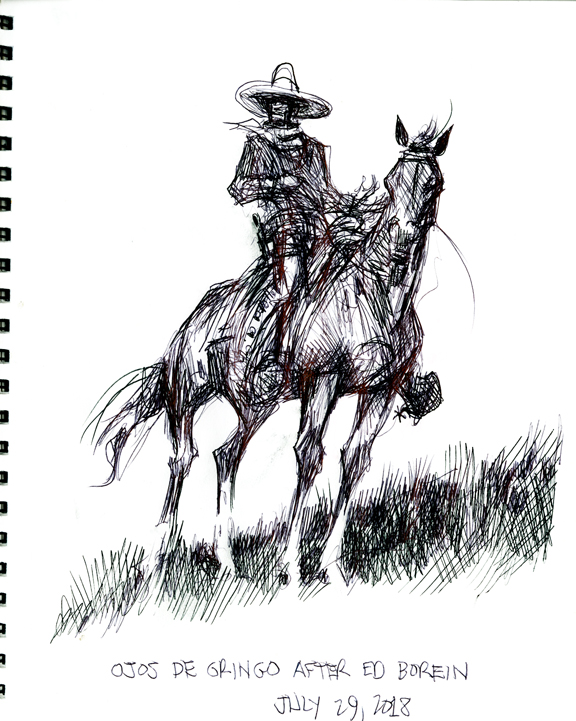 I was impressed with the Ed Borein art gallery at the Santa Barbara Historical Museum when I was attending the Hutton wedding a couple weeks ago. I did a couple sketches while I was there. The wedding was on the grounds and I had some time before it started.

I have always loved the song "Peter Gunn," and that's where this sketch ended up. 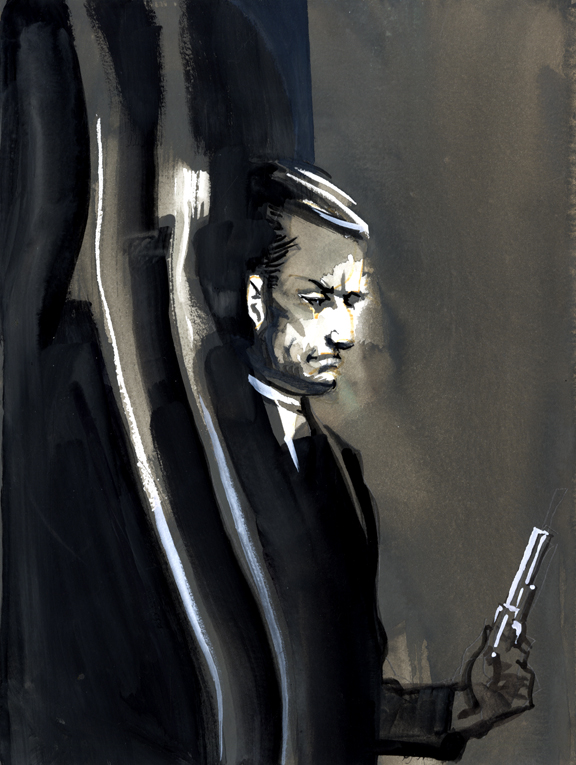 I'm also still dealing with word balloons and how to do them effectively. 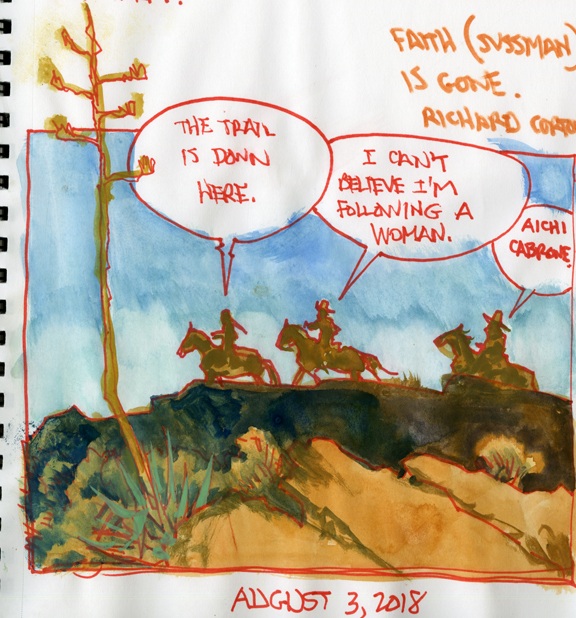 My sketchbooks are full of notes and excerpts from articles that inspire me, like this: 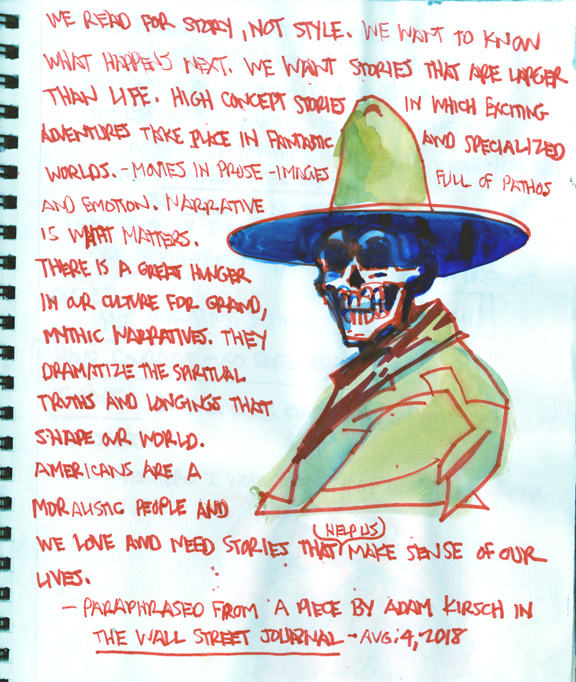 This was very impactful. How? I'll show you tomorrow.

"We want to know what happens next."
—Adam Kirsch