Make No Mistake I Make Plenty of Mistakes

Frustrating day drawing today. made lots of mistakes and just couldn't get it where I wanted. It happens (see Ralph's quote, below).

So, to back up a bit, I drew a series of sketches a couple weeks ago, imagining what Ojos de Gringo would look like. I ended up here: 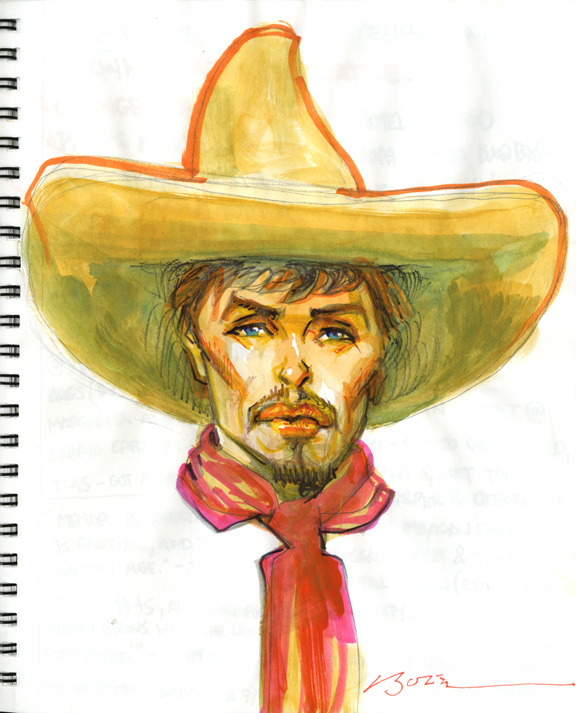 Moving on from there, I had two problems: One, I needed the hat to model different angles, and two, I needed a good Mexican model.

So, R.J. Preston solved the first problem and my neighbor Tom Augherton fixed the second problem. Tom sent over a friend of his named Ramido and the sugarloaf fit him perfectly. 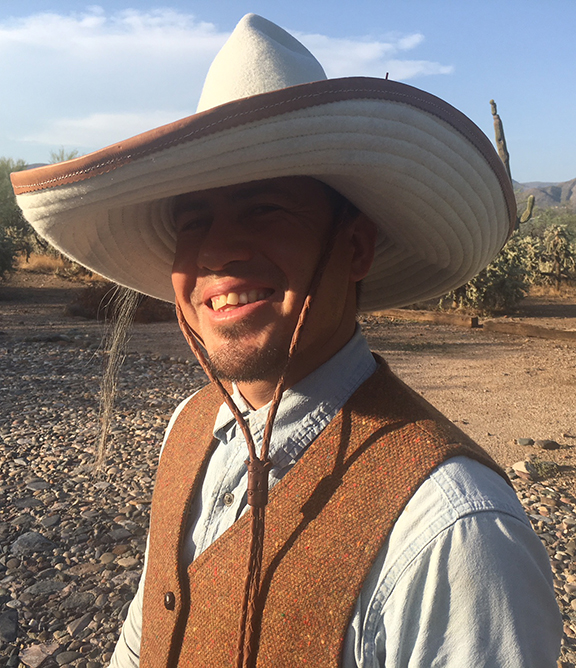 From there I was off to the races. 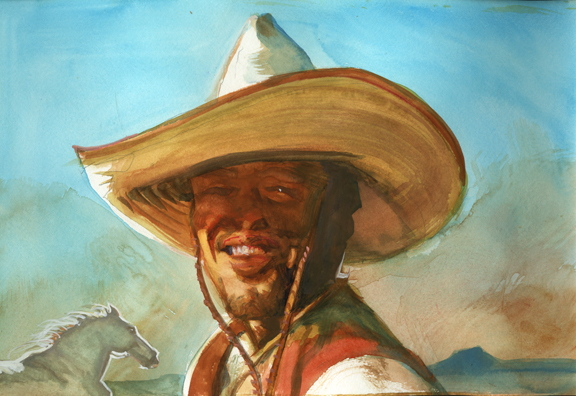 
"There is no such thing as a mistake. A mistake is an opportunity to do something else."
—Ralph Steadman
Posted by Bob Boze Bell at 3:01 PM