August 19, 2018
My Kingman Cowboy Cousins have bowed legs and they come by it honestly: riding horseback daily, often for long hours, over many decades (in the case of Billy Hamilton, 8 decades!).

Here's an example of an oldtime vaquero down Mexico way who has them all beat: 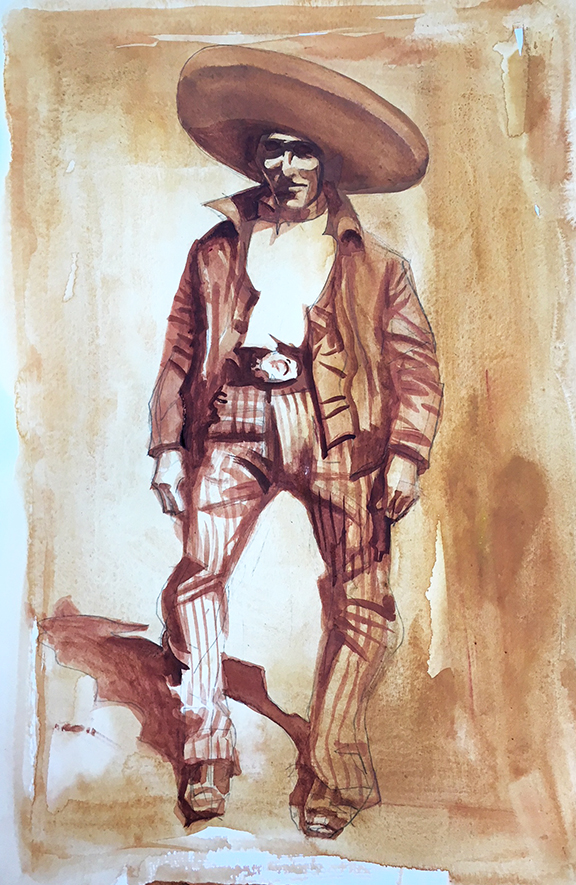 This is from a photograph of "Senor Cuesta, overseer at Hacienda Xalostoc," 1936.

Meanwhile, more work on the shade under a certain mestizo's hat brim: 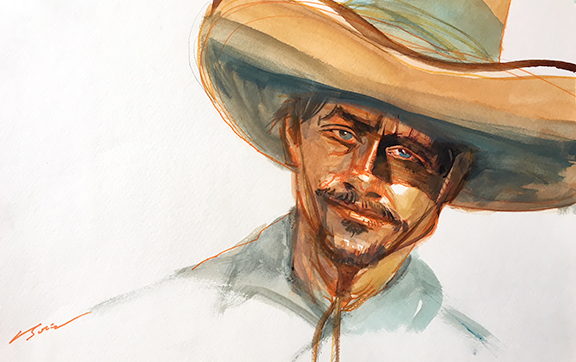 
Just saw a piece in the Wall Street Journal: "Shall We Have Civil War Or Second Thoughts?"

Is it in the water? Why are we all mulling this right now?

"The funny thing is that on all three sides—white, black and red—there was the warrior’s mutual respect. The tale would become a Caucasian’s Iliad in the hands of John Ford and John Wayne. White people (to borrow Saul Bellow’s phrase) had movies to keep the wolf of insignificance from the door."
—Lance Morrow
Posted by Bob Boze Bell at 4:16 PM