August 25, 2018
In the 1960s left-leaning Hippies were convinced the FBI and the CIA were corrupt and doing the bidding of "The Man." Turns out they really were spying on Martin Luther King, Jr. and on behest of Nixon they tried to get John Lennon deported. There were riots on campuses all across the country if the CIA even came looking for recruits. 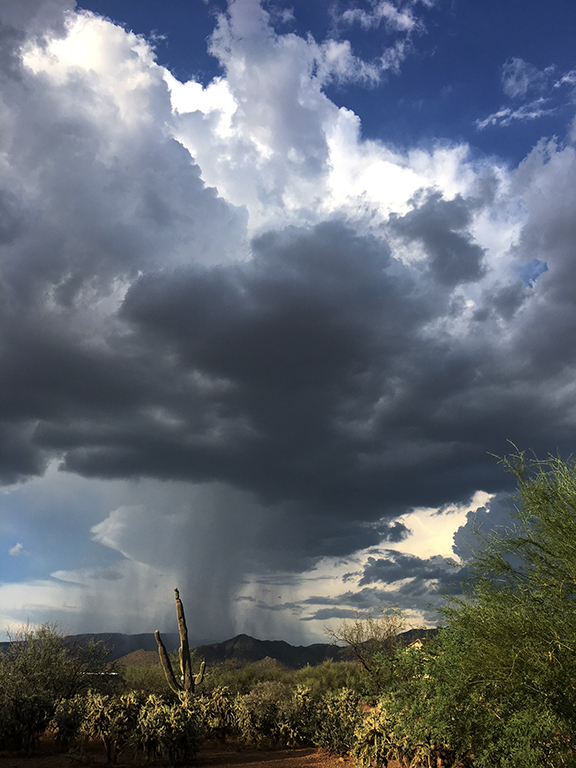 These storms are cyclical. They roll in almost every evening in a clockwise circle. You can see them coming from a mile away.

The left and the right have now circled around and switched positions. The right now believes there is a deep state and it is corrupt and politically motivated. The left is singing the praises of the FBI and the integrity of the "intelligent gathering community."

Twenty years ago the Republicans demanded Bill Clinton's impeachment because he had corrupted the moral fiber of the country.

And, well, I don't need to explain that switch.


"Liberalism is a perpetual program of reform, intended to alleviate the cruelty we see around us."
—Adam Flippin' Gopnik, in The New Yorker

Conservatives believe they got what they have earned through hard work and perserverance and they don't believe in giving any of their hard earned money to "slackers."

I hate to use a sports analogy, but here you go:

Picture the two camps as sports teams. Let's call them the Sun Devils and the Wildcats. Both sides hate each other and think the other side is full of evil brutes and cheaters (picture Duke here, or Hillary Clinton). The Wildcats have been on the losing end for a while now but then they hire a sketchy coach who talks tough and "recruits" Dick Butkus type players. They are rough and they get away with bending the rules and the Wildcats start winning against the Sun Devils. The Sun Devils try to have the whole team arrested, but the Wildcats defend the coach and the players ("You're just jealous, Man!" "Hey, we won fair and square, get over it!").

Game over. Or, at least until the Sun Devils get hip and get a rougher coach and team. Repeat until hell freezes over.

In August of 1966 police officers in Sweden were puzzled by reports of unusual damage to cars. Turns out a swan had attacked its own image in the polished surface of 12 vehicles.

"The best argument against democracy is a five-minute conversation with the average voter."
—Winston Churchill