The Richest Hole of All

August 17, 2018
Got up this morning and re-attacked a painting that I thought needed another tweak, or two: 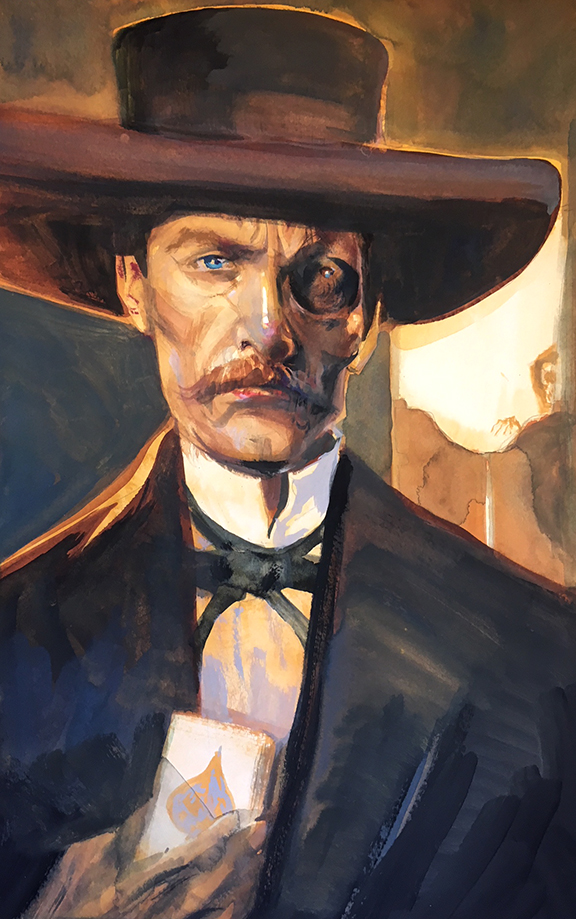 This is for the third edition of "The Illustrated Life & Times of Doc Holliday" which will come out next year.

Speaking of rare and out of print books, when I was at Bookman's in Flag on Tuesday, I spied three of my books. A first edition of "The Illustrated life & Times of Billy the Kid," signed by me to "Lynda, your grandparents got you this. They must really love you. 10-24-92". That was at Suzanne Brown's Art Gallery when the book premiered and evidently Lynda didn't love the book as much as her grandparents because it's for sale at Bookman's for $30. The other two books were hardback editions of my Wyatt Earp books and one was for sale for $50 and the other for $60 (with the annotation "Very rare").

I picked up a great little gem at Bookman's. "Ballad of a Laughing Mountain" by Art Clark and Richard Snodgreass. It's a black and white photo book that documents the not-quite-ghost town of Jerome from the year 1955, when the town went from 16,000 down to 300 almost over night. The striking photos are of the stubborn stragglers who hung on, hoping the town would come back.

One of those stragglers was an old Mexican miner named Tisnado who walked from Phoenix in 1899 to get a job (that is a 110 mile hike!). He worked in the mines for 53 years, and as he puts it, "never lose one shift. Never sick, never hurt." Now THERE is a hero. 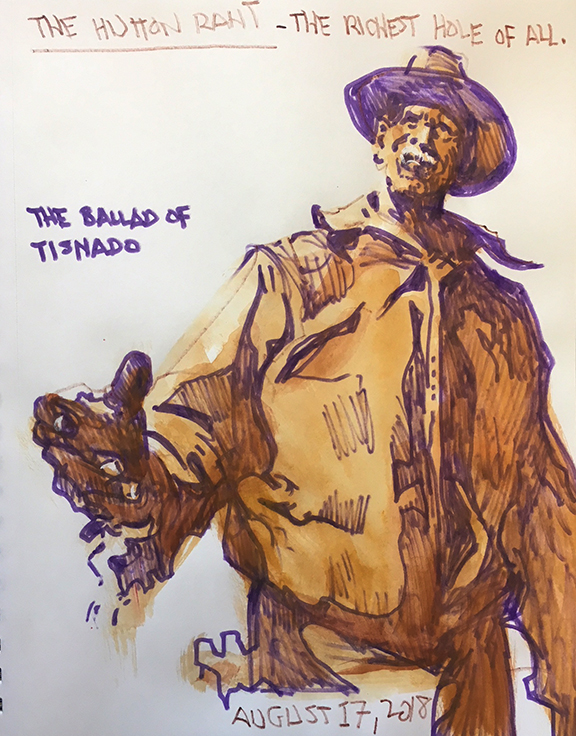 "The Ballad of Tisnado"

The local bartender at Paul's Place, in Jerome, remembers when the town was roaring: "Rough as hell, and tougher. Four deep at shift time, she was. Dutch lunch every Monday. Them boys [could] kill six, seven kegs [every] Mondays. A shot was fifteen, beer a dime. I've still got a tear gas bomb the cops gave me over in the safe. They could drink, them boys."

According to the book, by 1897 they were pulling four million pounds of copper out of the mines every month! In 1915 the Little Daisy claim was discovered and is considered "the richest hole of all." The mines and the town went on highrolling until "one cool morning in 1953" when it all ran out.

"To see a mine die is to see a living thing die. For months, even years after the last shift comes off, the people refuse to accept or recognize the death, laugh about it, agree this is only temporary."
—Richard Snodgrass
Posted by Bob Boze Bell at 11:48 AM