November 10, 2018
What happens when you put a moratorium on speaking engagements? Well, in my case, you get booked like crazy. I made myself a vow I would take a break from speaking so I could concentrate on my next book.

Well, let's see, I just did an interview on RFD-TV yesterday at the Buffalo Chip Saloon, and I'm doing another documentary as a talking head out at Castle Hot Springs next Wednesday. And, here I am at Bryan's BBQ last Thursday night for a talk on crazy connections in history: 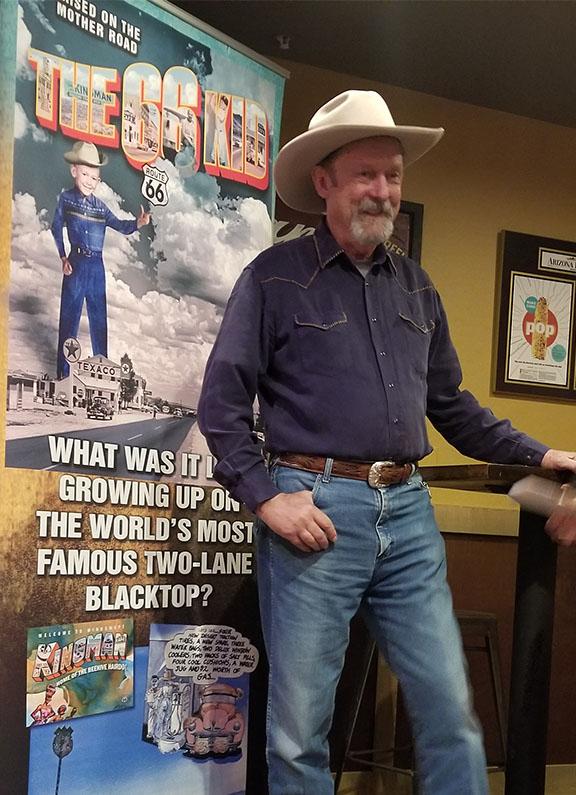 One of the crazy connections I covered during my talk at Bryan's is how my passion for Old West history began at my grandmother's house on Jefferson Street in Kingman, in 1957, when we were watching "The Life & Legend of Wyatt Earp," starring Hugh O'Brian, and how fifty years later I got invited to Hugh O'Brian's birthday party at his mansion in Beverly Hills, and, the guy who took this photo,  above, is the guy who got me invited there. That would be Pierre O'Rourke who was sitting in the front row.

"Yes, it's a small world, but I wouldn't want to paint it."
—Steven Wright