November 22, 2018
Back in 1983, I was voted editorial cartoonist of the year by the Arizona Press Club for a double-truck cartoon that appeared in the Phoenix New Times. I then collaborated with Jim Larkin, the publisher of New Times, and published, "The Best of Bob Boze Bell: Low Blows" – 120 pages of my best editorial comics & illustrations that ran in New Times. This popular king-sized (13.5” x 11”) edition quickly sold out and in 1986 we published another 120-page collection titled “Even Lower Blows”. Here are a couple sample cartoons from Even Lower Blows: 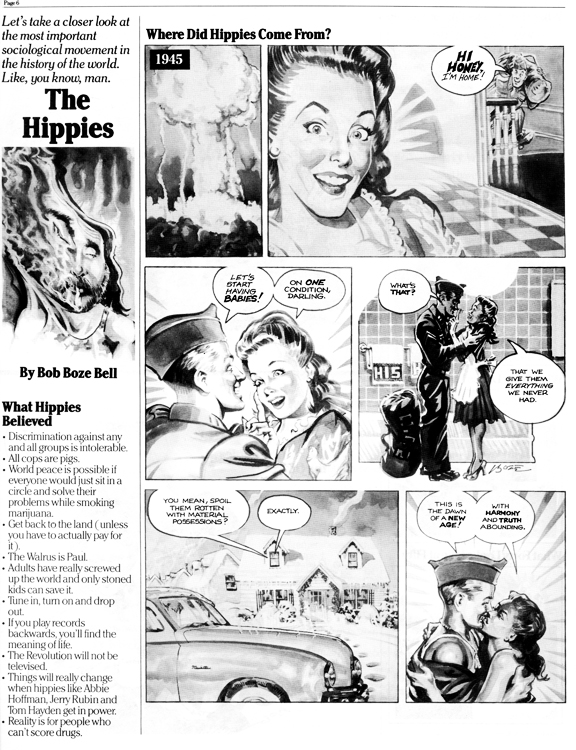 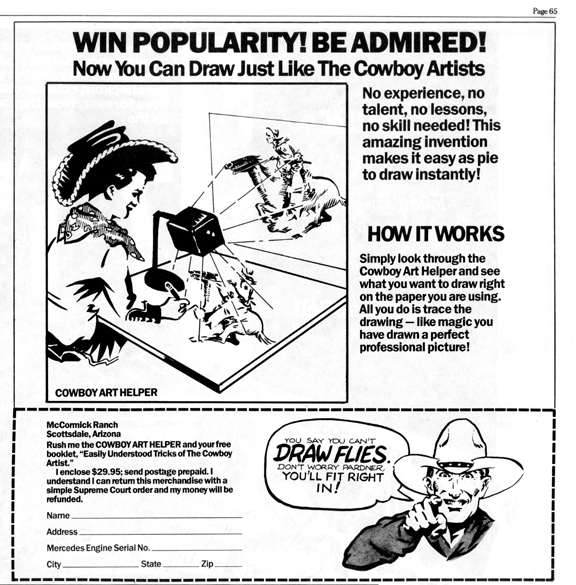 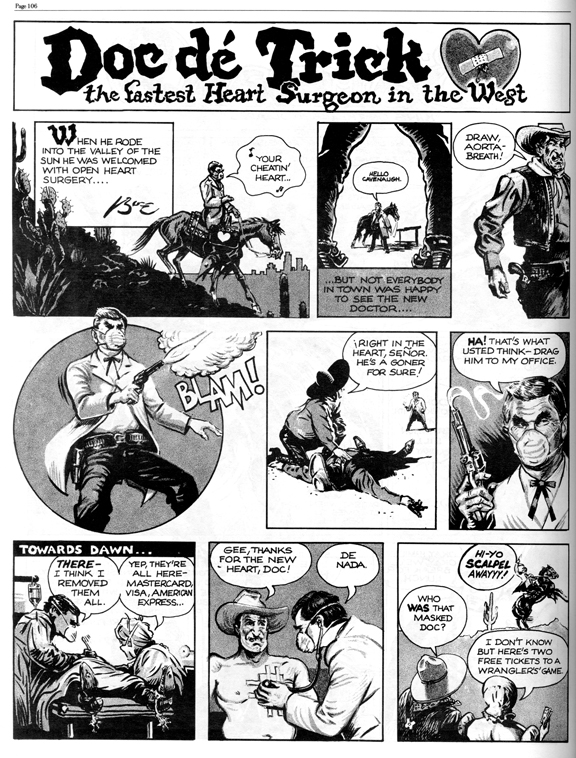 This next cartoon was based on the fact that local rock promoter Danny Zelisko couldn't get the folks who run Sun Devil stadium to rent it to him for a concert featuring Bruce Springsteen, because it was on a school night. I know, you can't make this stuff up. If memory serves me correctly, The Zelisko Kid was not as amused as I was, both by losing the gig or by my cartoon of him as the Cisco Kid. 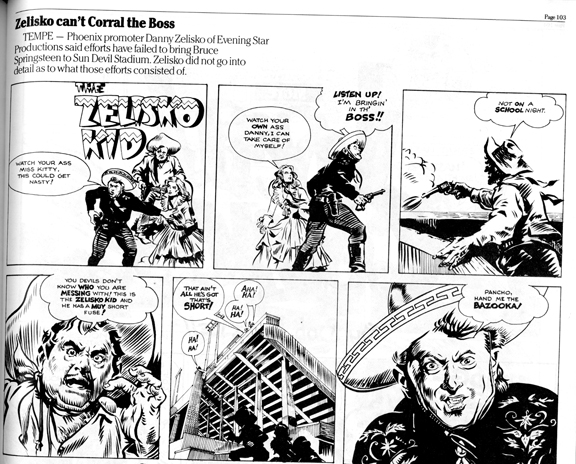 The photograph on the back of the book, below, is by Ralph Rippe and it was taken outside the back door of Ed Mell's art studio at Tenth and Oak in Phoenix. That is Apache, the laughing dog. 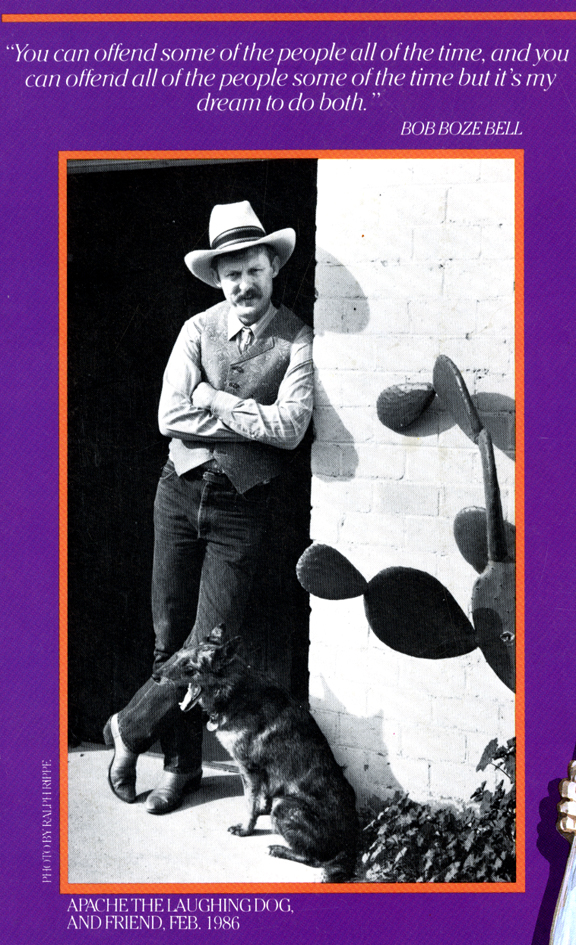 The cover of Even Lower Blows was designed by Dan The Man Harhberger. 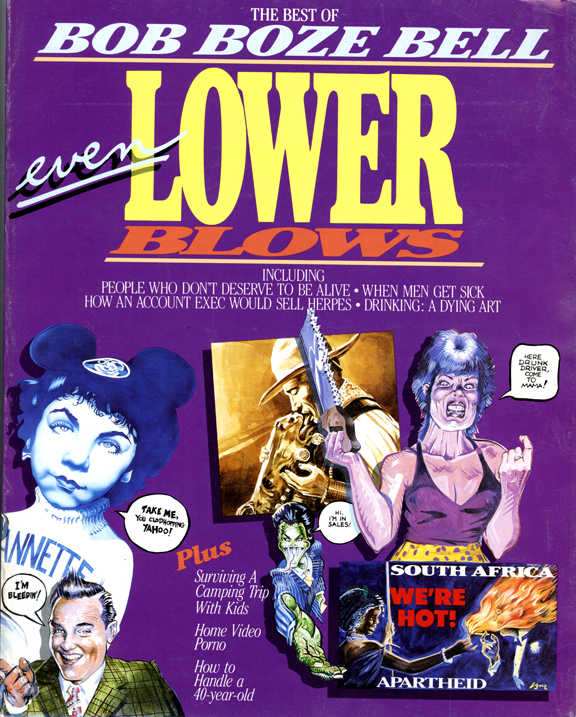 A secret stash of “Even Lower Blows” has been discovered in my garage. I must warn you: this is only for the hardcore Humor Master type. There are some very edgy concepts in here: "The Lighter Side of Abortion," and "Is Nothing Sacred?" featuring Jesus Moving And Storage and Jesus Boat & Tackle to name but a few. To that end, I’m offering this limited edition for $15 each – shipping via USPS media rate included. If you think you can handle it, send your request via email to me at bozebell@twmag.com

As usual, I stand by my life long pledge: If I sign it, I absolutely guarantee that someday it will be worth the cover price.

"Well, that's just, like, your opinion, man."
—The Big Lebowski