November 4, 2018
This weekend I started on a journey to seek an alternative way to treat frame sequences in the graphic novel format. 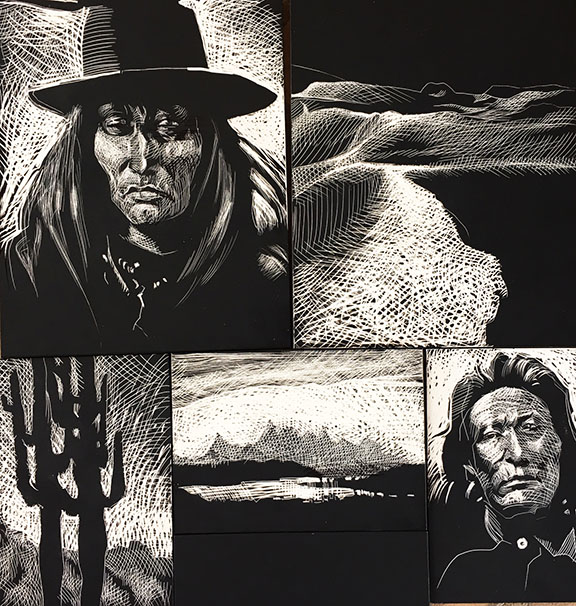 In the West, we look at these frames from left to right, top to bottom. It's interesting that Anime and Manga comics have reversed this sequence, as I believe the Japanese comics go right to left? And, even back to front!? So, based on this crazy, modern mish-mash-smash-up, I've been collecting odds and ends in terms of narrative sequences, like this: 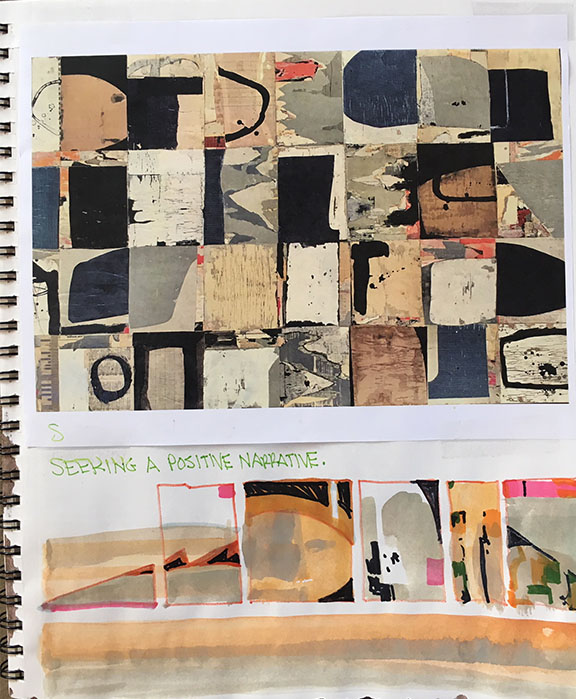 From my Odd Narrative Clipping File


Is it possible to push the form this far and still tell a story? Or, put another way, could you tell an even better story if you broke the form and rebuilt it? What if there were scenes in the middle of the book that answered a sequence in the front of the book? What if the story ended on the first page and went backwards in the traditional, left to right, top to bottom way, but if you read it the other way, you would come to a different conclusion? 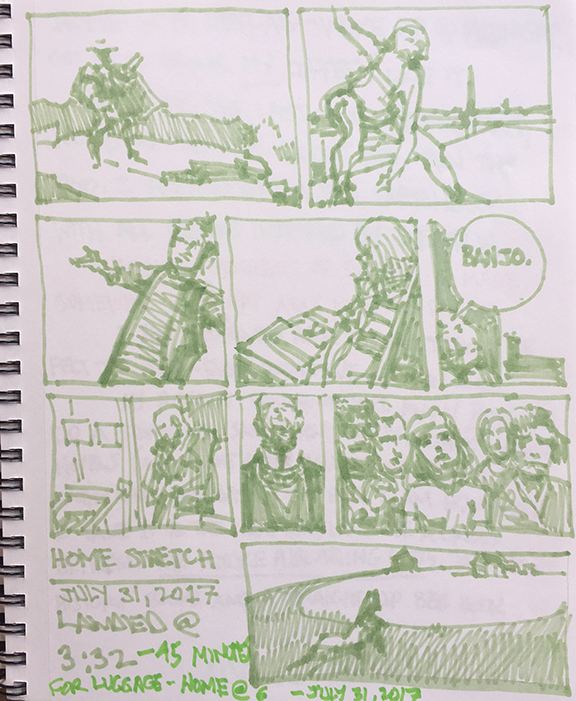 I do know this: at the center of the story I want to tell there is a terrible secret, one that a certain captive has spent her entire life hiding from the public. 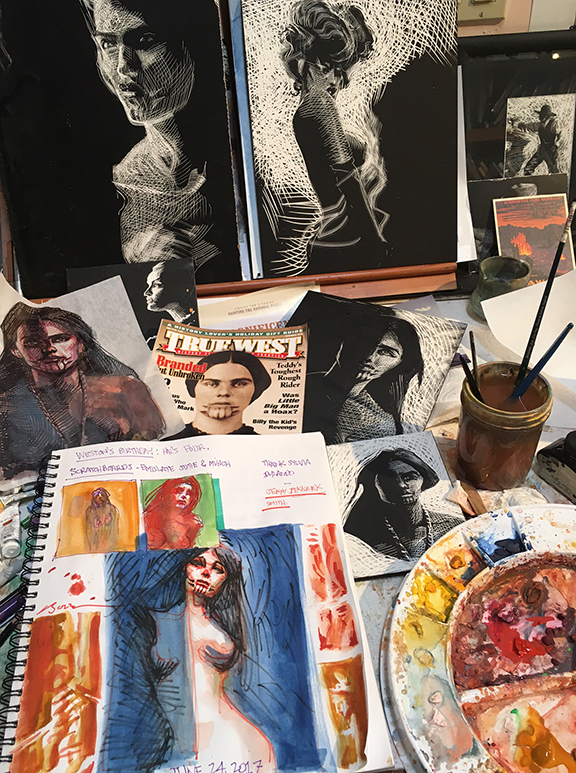 
Meanwhile, Sharlot Hall based her life on finding the truth. She detested a lie. To her there was the taint of death in a lie. 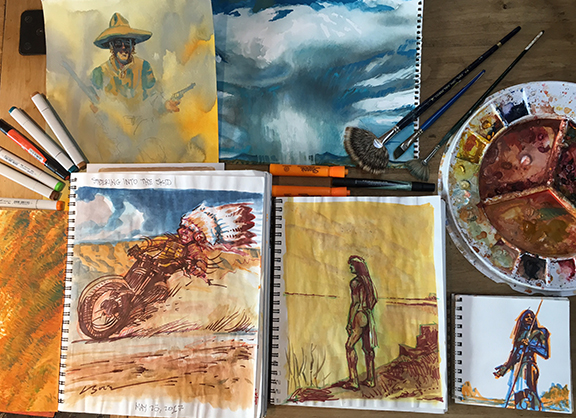 There's a story in here waiting to get out.


In the long run, it's better not to know. Olive had suffered enough. She had suffered the loss of two mothers, all but one of her siblings and, apparently, her own Mojave children. Which begs an even bigger question.

Is it possible to tell a story that's so true, people are turned off by it?


"I liked it so much, I never saw it again."
—James Cherry, on "A Clockwork Orange"