The Number One Collector of BBB Artwork

"It was 10 years ago this past March, I purchased my first BBB art work, the 'Digging Billy' cover, at Art Detour from Ken at Pravus Gallery on 5th street & Roosevelt! Ken, I believe, works with Ed Mell. I also happened upon your show on Whiskey Row and then paid you my first visit at the True West World headquarters." 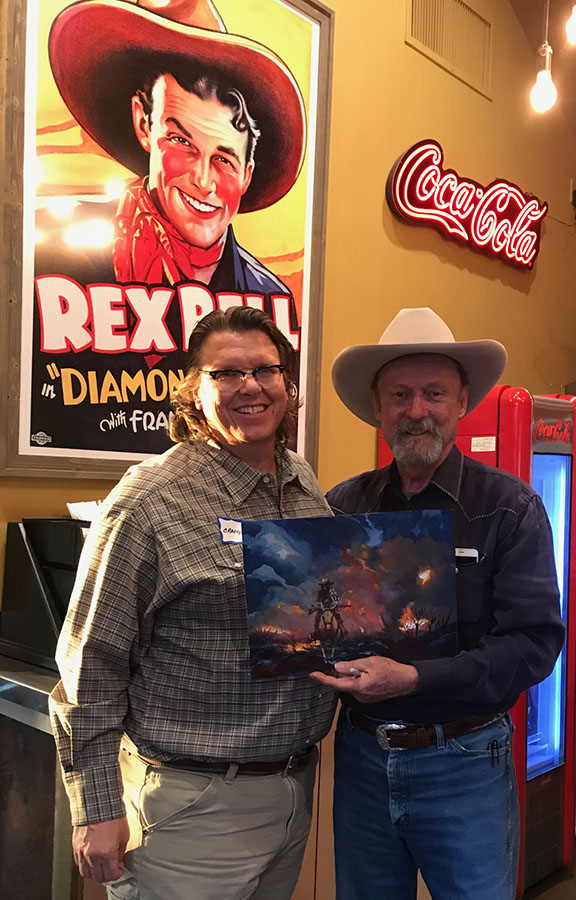 My number one patron, Craig Schepp,
with me at Bryan's BBQ

I am holding an original BBB painting called "Mickey Free—Back With A Vengeance" (2016), a gouache which Craig bought that needed to be signed by me, so he brought it to the history talk at Bryan's last Thursday evening. He also took the opportunity to buy another original piece of mine, bringing his total to 70 original BBBs and three artprints. It's an honor to have someone so dedicated to collecting my work. 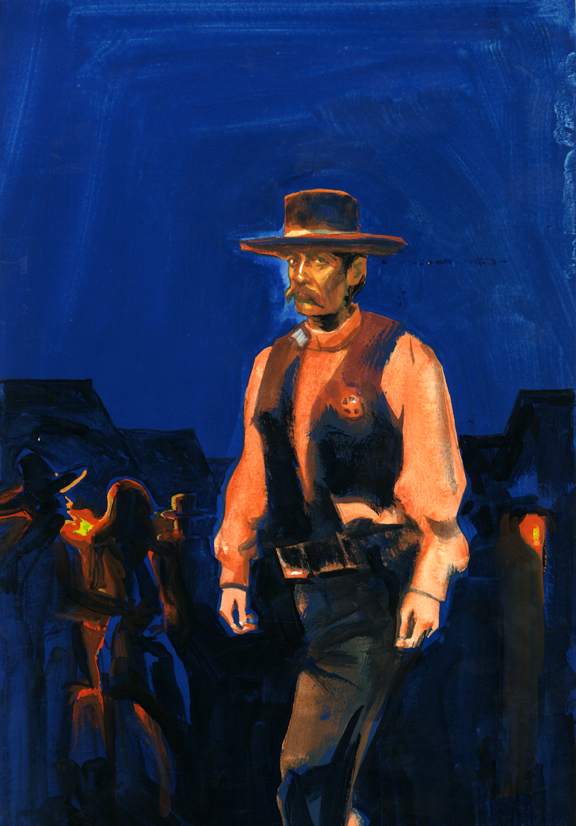 I'm still trying to plow through "Heart of Darkness," and last night I ran across this passage that captures a certain captivo: 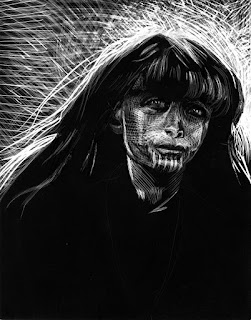 "She was savage and superb, wild-eyed and magnificent; there was something ominous and stately in her deliberate progress. . .her face had a tragic and fierce aspect of wild sorrow and of dumb pain mingled with the fear of some struggling, half-shaped resolve."
—Joseph Conrad, "Heart of Darkness"
Posted by Bob Boze Bell at 9:04 AM